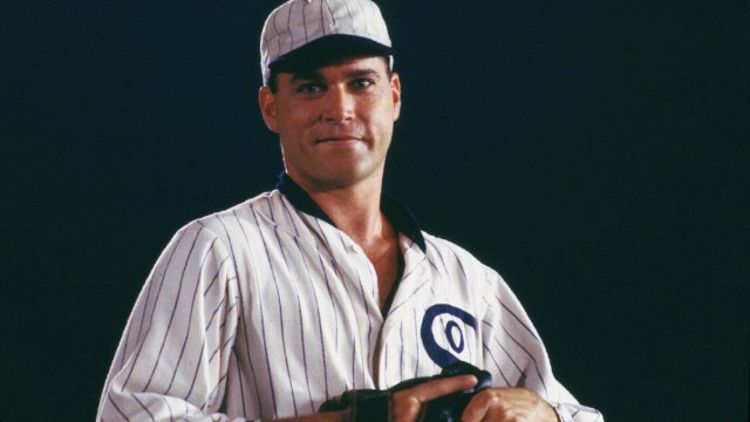 Yesterday the Internet was blessed with our first photographic evidence that Ashton “Kelso” Kutcher is indeed playing the late Steve Jobs in that other biopic about the Apple CEO that is currently in the works. But no matter how disastrously the 501s fit Kutcher, it won’t be the first time Hollywood has fallen victim to some shockingly bad casting. Here are our picks for worst-cast real-life characters.

Charles P. Pierce: Let me be quite clear. I hate Field of Dreams with a passion undimmed by time and unadulterated by age. I hate Kevin Costner’s brain-damaged farmer, Amy Madigan’s embarrassing parody of a grown-up hippie chick who used to spend $25 at Barnard to buy a plastic bag full of oregano, James Earl Jones’s crabby old geezer who was supposed to be J.D. Salinger — I hate J.D. Salinger, too, but that’s a whole ‘nother thing — and I hate the whole goddamn Plasticine exercise in yarn-brained nostalgia that does nothing more than make baseball feel more self-important than it already does, which is another reason why I hate Field of Dreams with the heat of a 1000 supernova.

Also, too: Burt Lancaster should’ve played Moonlight Graham as Mr. Happer from Local Hero. “Mrs. Wyatt? There’s a maniac outside the building. Call the police — tell them to bring some marksmen. Shoot him off. Shoot to kill.”

Also: Having a black actor give that idiotic speech about the golden era of (segregated) baseball, while there was plainly no room for, say, Cool Papa Bell or Oscar Charleston out in the magic cornfield, remains an offense against both drama and decent politics.

But there is nothing I hate more in that hateful, awful torrent of suffocating drivel than Ray Liotta’s portrayal of Shoeless Joe Jackson. This whole damn movie is supposed to be about baseball’s purchase on the power of memory, and these idiots couldn’t even get Shoeless Joe batting from the correct side of the plate? This whole damn movie is supposed to be about how baseball remains the same constant through American history, and yet Liotta plays Jackson, who was a rube from South Carolina, like he just hopped off the subway from Rockaway Beach? The difference between Liotta’s Shoeless Joe and Liotta’s Henry Hill is that the latter dressed in a lot less flannel. (See D.B. Sweeney’s definitive portrayal in John Sayles’s vastly superior Eight Men Out to see just how much the baseball acolytes behind Field of Dreams got wrong.) If you build it, Ray, they will come. And I hope the whole damn bunch of you contract anthrax.

Emily Yoshida: I’ve decided for the sake of my own mental health to impose a word limit on myself when discussing the films of Sofia Coppola. And actually, after watching one-third of this film on YouTube just now (I can’t help it, I don’t know what’s wrong with me, help), I’m starting to wonder if casting Max Fischer as the impotent teenage king was actually secretly kind of brilliant. But then I found this DVD extra, and, well … no, seriously guys, have you ever stopped to think about how the excesses of the French monarchy closely mirror that of pre-recession celebrity and/or hip-hop culture!?!?

Mark Lisanti: Spielberg’s latest was 99.9 percent impeccably, ostentatiously, meticulously cast. (Once Daniel Day-Lewis signed on and began a four-year transformation ritual so rigorous that by its end he was showing up at random middle schools to paste his homemade daguerreotypes over textbook photos of Original Abe, they were way ahead of the game.) Each frame is brimming with Oscar-caliber character actors stroking lustrous, period-exact beards while alternately fading into and bursting out of the grand, cinematic tapestry of History. In two short months, Lincoln‘s casting director will accept the highest honor of the Casting Guild, the Platinum Head Shot, which will be embossed with all of the 2,000 names on the call sheet. And it will be a well-deserved honor.

But then Adam Driver is jammed all up in that piece like the late-arriving guy thrusting himself into a subway car full of sweaty commuters. Was that just the dude from Girls?, you ask yourself, realizing the answer even before you finish the question. That seems odd. Don’t get me wrong: I love Adam Driver. Adam Driver is a close, personal friend I have never met. But he bumped me in the trailer, and he bumped me again in the movie, even though I knew he was showing up eventually. He is a fine actor. He will go on to have an excellent career. But try not to imagine him doing shirtless crunches on the floor of the Lincoln Bedroom while the President scribbles a speech into a leather-bound journal with a fountain pen. You can’t not imagine that, because I just put it in your head.

Maybe this is unfair. But it’s how I feel. He’s up to 200 crunches already.

Sean Fennessey: Argo is a letter-perfect re-creation of a small story within the Iran Hostage Crisis. If you don’t believe that, stick around for the credits, where director Ben Affleck will prove to you just how accurate he was. Though there is the problem of Tony Mendez, who is only the lead character of the damn story. Mendez, a handsome if paunchy CIA extraction expert, is a Latin American. Ben Affleck, well, he once played a guy named “Holden McNeil.” So, um, not.

The Entire Male Cast of Dick

Dan Silver: Dick is actually a well-made and funny Rosencrantz and Guildenstern Are Dead–esque look at the Watergate scandal. But when filmmakers choose Dan Hedaya for President Nixon, Saul Rubinek for Henry Kissinger, Dave Foley for Bob Haldeman, Jim Breuer for John Dean, Harry Shearer for G. Gordon Liddy, and Will Ferrell and Bruce McCulloch for Woodward and Bernstein, it’s pretty clear the filmmakers opted for comedic chops over accurate portraits of real people.

Bill Barnwell: I realize that researching things was harder before the Internet … OK, before Wikipedia. But John Wayne’s performance as Genghis Khan in The Conqueror basically sees one of the most famous actors in movie history apply all the method work that normally goes into a supporting role in a summer-camp Shakespeare production. A basketball-camp Shakespeare production. Even worse, The Conqueror is the movie that was famously shot upwind of a nuclear test site and reportedly (well, per Wikipedia) produced a disproportionate, statistically significant amount of cancer occurrences among its cast and crew. Oh, and it’s pretty racist and misogynistic, even for a John Wayne movie.

Tess Lynch: Howard Hughes reportedly felt so bad about the whole nuclear test site thing he would watch The Conqueror over and over again in self-flagellation. Alexander was pretty bad, but the only cells it killed were the ones in Colin Farrell’s brain near his scalp that were affected by copious amounts of peroxide bleach. Maybe that’s why In Bruges was so good. Those cells needed to die so that we could truly live.

Bryan Curtis: This had all the making of a great cameo. First off, Hughes is a subject of endless interest for movies. (See Jason Robards in Melvin and Howard.) Second, he’s played here by Terry O’Quinn of Lost fame. Third, The Rocketeer exists in the universe where such a character could really cut loose. Yet watch the clip. O’Quinn’s Hughes is too soft, too menschy — he thinks he’s the conscience of the military industrial complex during World War II. Only Timothy Dalton got the overacting right; O’Quinn was, well, lost.

Rembert Browne: Few things are funnier than Dave Chappelle as a whistle-blowing, abusive, weed-smoking, tyrannical Nelson Mandela, but even Chappelle acknowledges that this is the worst Mandela impersonation of all time.