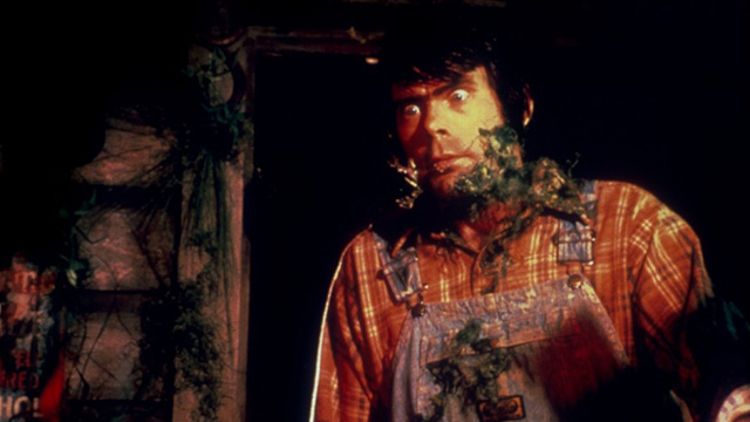 This week, CBS’s Under the Dome premiered to more than 13 million viewers, proving there’s still juice in the seemingly indefatigable Stephen King adaptation economy. The Grantland staff decided to take a moment to appreciate the filmic works of the prolific author: the most memorable adaptations of his work, his questionable foray into directing, and his small — but powerful! — acting résumé.

Tess Lynch: Misery got the King stamp of approval in Stephen King Goes to the Movies, but that’s not surprising since it’s one of the best scary movies of all time. Director Rob Reiner focused on the dysfunctional relationship between Annie (Kathy Bates) and Paul Sheldon (James Caan, the 10th or 11th choice for the role after William Hurt, Kevin Kline, Harrison Ford, Dustin Hoffman …) instead of the gore, but of course the hobbling scene wasn’t cut. That would have been a travesty. Still, the scares in Misery really come from how familiar Bates’s character is — the line between superfan and supervillain is as smudgy as Annie’s tear-stained copy of Misery’s Child, and her stalking technique is just the wild and crazy cousin of the Tumblrs that channel “all of the feels.” King’s bad guys are often the types who turn other people’s imaginations into nightmare playpens — Pennywise, the Overlook, Randall Flagg — but Misery is on the flip side of that coin. Annie lives in a world created by Sheldon and prefers to chill there than in reality. After taking him hostage, it’s almost as though she expects him to be able to escort her through the door to the fantasy dimension she thinks he created just for her. It always seemed like King’s most personal nightmare, Annie his most feared monster.

Mark Lisanti: When you’ve published a novel or short-fiction collection an average of every 15 days over a five-decade interval, as Stephen King did from 1974 through, uh, earlier this morning, not every evil mind-grape is going to yield fright-wine. And, by extension, not every adaptation is going to produce something Oscar-worthy.

The Mangler, appearing in King’s 1978 Night Shift, is a story about an industrial laundry press that becomes possessed by a demon, then begins fatally simonizing everyone who comes within its path. This, as you might expect, is not one of King’s sturdier premises. They made a movie about it anyway.

They made THREE movies about it anyway. OK, fine &#8212 the second one is about a sentient computer virus that kills people, but The Mangler Reborn goes right back to the haunted-laundry-equipment well.

Just stay home and hand-wash stuff, is what we’re saying.

netw3rk: In a recent Reddit AMA, Stephen King had this to say about his role as Jordy, the backwoods redneck who finds a meteor in the 1982 horror anthology movie Creepshow: “[Director] George Romero asked if I’d take a shot at playing Jordy. I said yes, with the caveat that he should fire me if the dailies looked bad. I never expected an Academy Award nod, and boy, was I right about that.” Many of King’s stories start from a very simple idea — town with a dome over it; haunted hotel; rabid dog; time travel to the ’60s; fungus beer; cars come alive — and this one is no different: Man finds meteor. I like to imagine Romero saying stuff to King on set like “Cut! OK, Steve, good take. But, this time, can you really amp up the redneckiness? Think Yosemite Sam meets Deliverance, OK? Maybe jut out your bottom jaw to look really … yeah, great, great. OK, rolling!”

Andy Greenwald: Here is the level of nerdery you are dealing with here: In 1994 when ABC announced their wildly ambitious, actually pretty good adaptation of Steven King’s wildly ambitious, actually pretty good book The Stand, my first thought wasn’t “Hey, neat, one of my favorite novels is coming to the small screen!” Or even, “this could be a huge look for the star of Parker Lewis Can’t Lose.” It was: “Fantastic! The guy who co-founded the Steppenwolf Theater Company in Chicago with John Malkovich is getting a chance to be a star”! Thankfully, the Internet has proven that there are other people out there who like Gary Sinise just as much as I once did: This is but one of many fan-made slow-mo montages of his performance as Stu Redman set to prog rock songs that exist on Youtube. There can never be enough. What else will entertain us when the world ends?

Alex Pappademas: In the only film Stephen King ever directed, a rogue comet causes Earth’s machines to go on a destructive rampage. King was a bit of a rampage-machine himself back when he made this; in a 2002 interview, he cheerfully admitted to being “coked out of my mind” throughout production, and his editor on this movie has reminisced about the author turned auteur popping pills and guzzling Listerine (his medicine-cabinet tipple of choice only when Scope was unavailable) in the editing room. Maximum Overdrive bogs down once Emilio Estevez and his fellow survivors are walled off inside a truck stop by literal monster trucks, but King finds some imaginatively demented ways for the machines to strike back against their meat-sack oppressors before that happens. A vending machine sprays soda cans like mortar fire; a driverless ice-cream truck with a blood-spattered grille roams the neighborhood for prey, still playing its twinkly siren song; an ATM tells a rich horror writer YOU ARE AN ASSHOLE when he tries to withdraw cash. In a lot of the work King churned out during his substance-abuse period, from The Shining to Misery to The Tommyknockers, you can see him grappling with his issues via stories about writers in the grip of demonic forces; here, King seems to be in the grip of a desire to get high and watch stuff blow up while listening to AC/DC. There are worse reasons to make a film — but this one is still probably best experienced as a death-and-explosions montage set to “Who Made Who.” Thanks, YouTube!

Children of the Corn

Emily Yoshida: To paraphrase sex columnist Dan Savage, if there’s an orifice, there’s a community dedicated to it. The extraordinary mouth of the creepy ginger kid from Children of the Corn is no exception.

Mike Philbrick: First off, despite what you may think, yes, we do have spell check. Stephen King’s Pet Sematary is incorrectly spelled because, as King explains in the novel, children made the sign for the cemetery long ago (much like a “no gurlz allowed” sign on a clubhouse). One other thing, this “sematary” is the burial ground of the Micmac Indians and when you bury something … it comes back to life the next day, only in totally evil form.

My short take: This movie totally freaked me the eff out. Like, couldn’t-go-to-bed-for-a-long-ass-time out. For weeks I even had phantom pains in my Achilles tendon because of this. (By the way, props to Herman Munster for his dead-on Mainer accent.) King totally messes with your head in this movie like no one else can. That is, if you are affected by things like: a young college student getting killed on a bike, a young girl’s cat getting run over by a truck, oh, and then shortly after, her little brother getting run over by a truck — while at a family picnic. If you’re interested in the rest after reading that last sentence you probably first need to get on some sort of registry where the authorities know where you live.

Megan Creydt: IT aired when I was in grade school, and all the girls in my class got to go over to Sarah’s house to watch it on TV. Except for me. Thanks, Mom — seriously. Thank you so much.

Charles P. Pierce: Lloyd the bartender is the single most terrifying figure in Stanely Kubrick’s version of The Shining. If you look at his face long enough, it looks like a rubber mask. His flat affect is even more unnerving, and his resistance to Jack Nicholson’s already half-mad version of bonhomie seems to push Nicholson even further toward the boundaries of what’s left of his mind. This scene is the worst thing that’s happened to bourbon since Kentucky Gentleman.

Dan Silver: Anyone who’s read Stephen King’s columns and lists in Entertainment Weekly over the past few years knows that his love of pop culture would rival even the most hard-core geek. I’d have to imagine one of the cooler aspects of being Stephen King is that after such a prolific and storied career, many of the top talents in Hollywood started out as fans of his own work, and can reciprocate the admiration. Thus is the story of how King wound up on Sons of Anarchy as the über-creepy cleaner Bachman. King wrote about his love for the show in EW, creator Kurt Sutter, who was a fan, saw it, and offered up a minute, but memorable cameo, fully equipped with a choice hog. Sons is one of those shows that has never shied away from the bizarre, and King feeling up a corpse and proclaiming he’s in the mood for ’80s music ranks up there with one of the more strangely macabre moments. But as good as King is in his two brief scenes, credit needs to be given to Kim Coates (the great Tig) and Katey Sagal (I can’t believe she’s never won an Emmy for this show) for their hilariously subtle performances. Their reactions are priceless.

Sean Fennessey: Announcing that 2007’s The Mist is the best King adaptation since Dolores Claiborne is a lot like most recent King adaptations: obvious, groan-worthy, inessential. But it’s true. It’s been a tough two decades for King things. I’m not sure I’ve enjoyed a single one in the last 15 years, other than this strange, claustrophic story that is equal parts Mathesonian paranoia (R.I.P.), Lovecraftish phantasmagoria, and Rushdiean fanaticism apologue. The premise is simple: A storm creates an impenetrable mist that paralyzes a small community trapped in a grocery store — then monsters start appearing in the haze. Fair warning, the above clip is a spoiler, revealing that yes major characters die and yes this is allegorical King at work and yes Marcia Gay Harden is our one true zealot. Listen to how she pronounces “haughty” and “expiation.” What’s great about this movie — directed by Frank Darabont, his last before launching The Walking Dead — is that it’s both on the nose and allusive. In that vague but knowing Twilight Zone–ian form, King indicates that the monsters are inside all of us, naturally. They’re also outside and they will kill you. I like Stephen King when he has it both ways.