Q&A: Stephen King on Writing His First Episode of ‘Under the Dome’ and the ‘More Potent’ Second Season 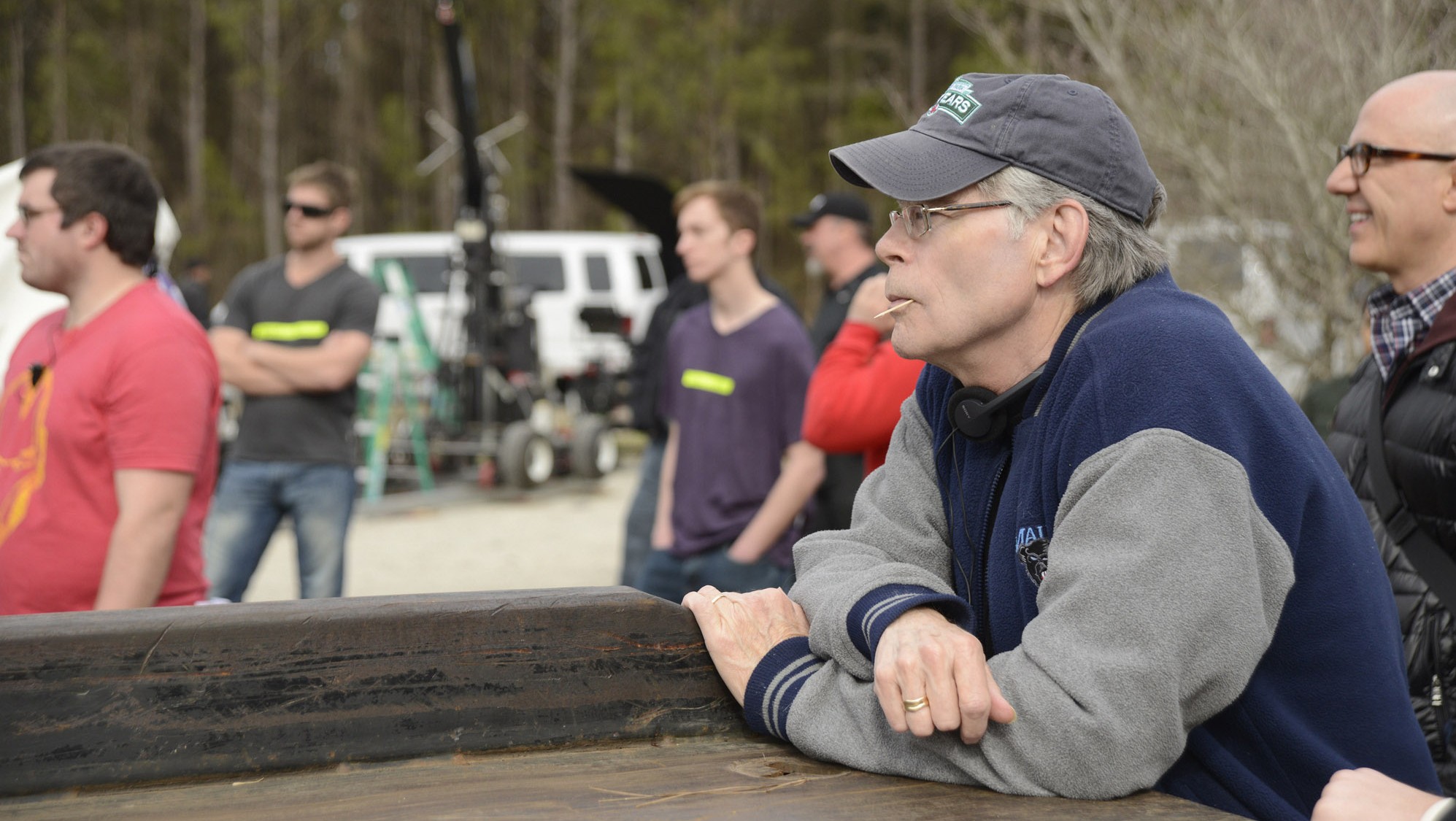 CBS’s Under the Dome was a huge hit with some critical goodwill at the start of last summer, but the acclaim (and some of the viewership) started to diminish toward the end of the 13-episode “miniseries,” which suddenly got renewed. It’s hard to imagine even the most patient, forgiving fan approaching Season 2 without some trepidation. Under the Dome has echoed Lost in some of the best and worst ways, and a long, though finite, novel’s story is quickly being expanded to keep the show on the air for the foreseeable future. I brought these concerns and more to Stephen King for a quick, smash-and-grab telephone conversation as he sat in a trailer on the North Carolina set in March. King is an executive producer and wrote this coming Monday’s second-season premiere, “Heads Will Roll,” his first writing credit on the series.

“I wish we could talk longer,” King told me when the call started, “but I have to go watch them blow up the fallout shelter.”

Let’s get to it, then. What was it like writing your first episode of Under the Dome? Was it tough getting back into the driver’s seat of a book you published almost five years ago? The characters and the town shifted away from the book a lot in the first season.

Click here for all of our interviews with fascinating people from the worlds of sports and pop culture.
No, it was exciting. I knew where I was going because we’d had several calls about what the arc of the season was going to look like, and I had a chance to get some input into that. And as far as actually sitting down to write — I liked the first season, I was a fan of the show, so it was like being able to pick up and write my own version of what happened next. So I had a great time.

Aside from writing this script, what’s your usual involvement as executive producer look like?

I’ve been involved a lot more with creating the arc for the second season. It’s involved a lot of calls and a lot of questions about, first, trying to create some kind of unified theme for the second season. And I think they pretty well settled on the idea of “diminishing resources.” We know pretty well where we’re going. It’s better, this season, I think. It’s a lot more potent, and it’s much more clearly focused.

What lessons did you take away from Season 1? It felt like the show was finding its footing much of the time. What does Under the Dome want to be?

I think one of the things that we carried away from the audience reaction was that people are not so interested in what the dome is as they are in what the people are doing under the dome. In particular the conflict between Dale Barbara and Big Jim Rennie. So we’re trying to play up that a little bit, and they’re also interested in this idea of, “What are they gonna eat? When is the fuel gonna run out? How are they gonna deal with the resources that are left?” We’re trying to deal with all those things, for a number of different reasons. One is, it has resonance with people, because we live in a world of diminishing resources.

I know you watch a bunch of TV. Have you found yourself comparing things to Under the Dome, or taking cues — “We need a moment like that,” or, “We need that director”?

If there’s anything that I pick up from TV series on high cable like Sons of Anarchy or Walking Dead, it’s that sometimes you wish you had a little more freedom allowed on network TV shows. But on the other hand, a lack of that freedom, the sort of narrowness of what you can actually show, gives you discipline, and it makes for some interesting choices, so.

Which types of freedom, specifically?

Well, like, for instance on The Walking Dead, you can show somebody’s head going off, and somebody else going, “Oh, shit.” We can’t do that. We can’t do that on network TV. So it’s the difference between R-rated and PG-13. And that’s OK. It’s an interesting way to go.

Were those guidelines tricky when you were writing? You’re rarely PG-13 for long stretches of time.

No, no, it was fun. You find new ways of doing things and new ways of saying things that get the point across. With anything like this, a lot of the effect comes from the audience’s relationship with the characters. They build a relationship the way they do with their neighbors, after a while. That’s the great advantage of TV — they see these people every week, and that gives them a rooting interest.

You’re talking to me for Grantland, which is an online publication. Do you have feelings about being involved in this project that’s part of the post-Lost culture of constant speculation, recaps, and criticism?

Well, all right. To be frank, most of it’s not very good. Some of it’s useful, though. One of the things is, it’s made this sort of continuing-story TV — you know what I mean, House of Cards, Damages, The Killing, Sons of Anarchy, Breaking Bad, Walking Dead, that kinda thing — the Internet and the blogs have made it possible for people to follow the stories even if they miss an episode or two. And thanks to the computer generation, they don’t really even have to do that, because you can always pull one down from iTunes or Hulu or something like that. But a lot of the actual criticism is pretty ham-fisted. I’m not just talking about reviews and stories about series that are not good. I know that the reaction on the blogs to Hostages, for instance, was [chuckles] pretty goddamn harsh! But a lot of that harsh criticism wasn’t written very well, and some of the [positive] criticism’s the same thing. But it’s been an interesting thing — you can’t, when you’re in the process of making these shows, writing a continuing series, it’s not a good thing to look at them too much, blogs and everything. Because a lot of times the speculation is very close to what you’re planning to do, and then the impulse is to say, “Oh, people have already figured this out! We have to change it!” And a lot of times, your first way of going’s your best way. Does that answer your question?

No, absolutely, yeah. Did you catch when David Simon said it’s absurd that a lot of these shows we’re recapping have novelistic approaches to TV and no one would review a novel chapter by chapter?

I’m sorry, but that’s not a fair criticism. Because a novel doesn’t appear chapter by chapter — it’s a whole, so you review it as a whole. But with a TV series like Under the Dome, it shows up once a week. And of course people are gonna do it. It’s silly to rail against that sort of criticism; it’s just gonna happen. That’s like King Canute trying to command the tide to go the other way.

Filed Under: TV, under the dome, Stephen King, Grantland Q&A