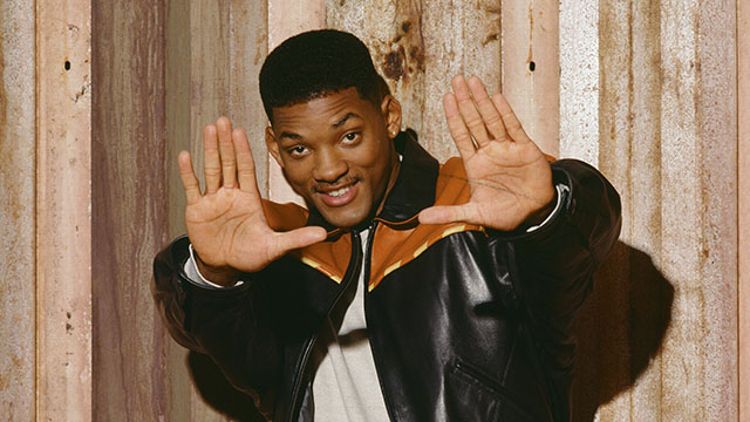 Things were a little touch-and-go there for a while, but after last year’s Men in Black 3, followed by this weekend’s postapocalyptic Daddy and Me adventure After Earth, and the slate of big-budget projects with numbers in the title on his IMDb page, it’s safe to say that Will Smith, Action Hero, is officially back. Let’s take this moment to celebrate the dramatic, comedic, musical, and philosophical career of one Willard Christopher Smith Jr.

The Fresh Prince of Bel-Air, “Papa’s Got a Brand-New Excuse”

Rembert Browne: There are two points in The Fresh Prince of Bel-Air that show a young Will Smith’s range as an actor, capable of reaching beyond his fallbacks of joke-telling and dancing and ’90s clothes–wearing. One is the scene with Carlton and the gun. The other, the more powerful of the two, is from the episode in which Will’s deadbeat dad comes back, shows signs of promise, and then leaves again.

Similar to the Cuba Gooding Jr. arm-swinging breakdown scene in Boyz n the Hood, it’s a cool, tough teenage boy trying to pretend like the weight of the world didn’t bother him, and then suddenly allowing the emotions to finally bubble over, with the end result being tears and an embrace from a loved one. In Cuba’s case, it was Nia Long.

In Will’s, it was Uncle Phil. To this day, it’s very hard to watch, because it doesn’t feel like something from a sitcom. It feels like a scene from your own life that you’re being forced to confront on a television show that was meant to be a temporary escape from just that — your own life.

Jonah Keri: Aside from the sheer excellence of this song (“You’ve got to put back the double-knit reversible SLACKS!”), you have to admire the classic MTVness (or Much Musicness!) of this video. I can remember watching this as a kid, trying to read as much of the graffiti on the back wall as possible before the song ended. “Cookie Puss!” “Sinbad!” Truly a Where’s Waldo? of early-teen lazy activities.

Andrew Sharp: If we’re talking Will Smith, we should begin by highlighting Questlove’s tour of Will Smith’s house, which is one of the top five gifts the Internet has ever given us. But if we’re talking strictly YouTube, this scene is pure perfection. Bonus points for the beginning of the clip, in which Mike gets all heartfelt and sentimental over Marcus’s transfer, and especially the picture of high school Mike Lowrey. Then comes Reggie, a bottle of cognac, and a gun. And greatness ensues.

This is what true friendship really looks like. Ride together, die together, scare the living shit out of helpless 15-year-old boys together, BAD BOYS 4 LIFE.

Amos Barshad: I try to remember the lesson of The Parable of the Coffee Table from Men in Black every day of my life. Loosely abstracted, it is “Do not be afraid if the coffee table noisily grates, collecting the ire of your highly decorated peers, as you pull it closer toward you. It will be the true way of non-fear and love. Also, it will makes the entrance exams for secretive government organizations much more comfortable.”

Emily Yoshida: When people giggle about Independence Day like it’s “so bad it’s good,” I assume it’s just been a while since they saw it. There’s nothing not 100 percent intentionally hilarious and well timed about this stinger. This was the first really “grown-up” action movie I saw in the theater, and Will Smith was the perfect chaperone, adding just enough of a wink to keep things from getting too scary, but never enough to take any of the icky excitement out of two hours of alien slaughter.

Charles P. Pierce: One of the best live recordings I own is a recording of the late Sam Cooke at the Harlem Square Club in Miami. What pushes it past most of the others is the absolute, slow-building frenzy of the audience. By the time Cooke rounds into “Bring It on Home to Me,” you can hear what raw desire actually sounds like. The opening montage from Ali — which brilliantly introduces us to the fighter, to Jamie Foxx’s marvelous Bundini Brown, and even Ron Silver’s criminally underutilized Angelo Dundee — intercuts Ali at training camp with that same set at the Harlem Square Club, with David Elliott bravely (and ably) standing in for Sam Cooke. (Elliott is Dionne Warwick’s son and Whitney Houston’s cousin.) While the movie loses the spirit of this montage pretty quickly, and doesn’t regain it until the final moments of the climactic fight with George Foreman, the first 10 or 15 minutes is pure kinetics charged and created by what came to be known as soul, which included the new form of athleticism that Ali brought to the world. And the music freaking rocks, too.

Dan Silver: I pretty much loathe this film, but have always had a unique affection for this scene. Whether or not it’s intentional, I love how both Smith and Affleck seem to let their acting façades slip away as they talk about their kids. They’re both parents, and their back-and-forth is subtly genuine. The adoration of a parent for a child is not something that can be perfectly and truthfully “acted.” It is an emotion stored in a tiny compartment in all our heads that upon the sight of a first child is released and soaked up into the brain like syrup into warm pancakes. I also love how Smith, at the height of his success, chose to slum it by appearing (in cameo form) in a film by a niche director who never quite had the talent to break into the mainstream, alongside a leading man who had one foot firmly planted over the border in Career Chaos Land. Also, this is 2004, so it’s pretty safe to assume that Smith simply showed up, wearing exactly what we see him in here, declined hair and makeup, shot the scene, and left. The dude’s a pro.

Robert Mays: Even if my college experience hadn’t included at least 15 drunken yet perfect renditions of this song by my roommate — the world’s biggest (no, for real) Will Smith fan — this video would still be incredible, for the following four-ish reasons.

1. Will Smith riding a horse through a crowd that appears to be in a theater.

2. Sisqo exploding out of that Sisqo silo on the side of the stage.

4. Wondering why more A-list actors no longer promote their movies with novelty rap songs and writing dummy lyrics to the one that would’ve accompanied Seven Pounds.

Mark Lisanti: “Greatness is not this wonderful, esoteric, elusive, godlike feature that only the special among us will ever taste. It’s something that truly exists in all of us. It’s very simple. This is what I believe and I’m willing to die for it. Period. It’s that simple.”

“No matter how talented you are, your talent is going to fail if you’re not skilled.”

“The only thing that is distinctly different about me is I’m not afraid to die on a treadmill. You might have more talent than me, you might be smarter than me, but if we get on the treadmill together, there’s two things: You’re getting off first, or I’m gonna die. It’s really that simple.”

“It’s unrealistic to think you’re gonna bend a piece of metal and fly people over an ocean in that metal. It’s unrealistic. But fortunately, the Wright Brothers and others didn’t believe that.”

“I study the patterns of the universe.”

“Make a choice. Decide what it’s gonna be, who you’re gonna be, how you’re gonna do it. Just decide. Then from that point the universe is gonna get out of your way. It’s water. It wants to move and go around stuff.”

Filed Under: After Earth, Independence Day, Will Smith, Youtube Hall of Fame