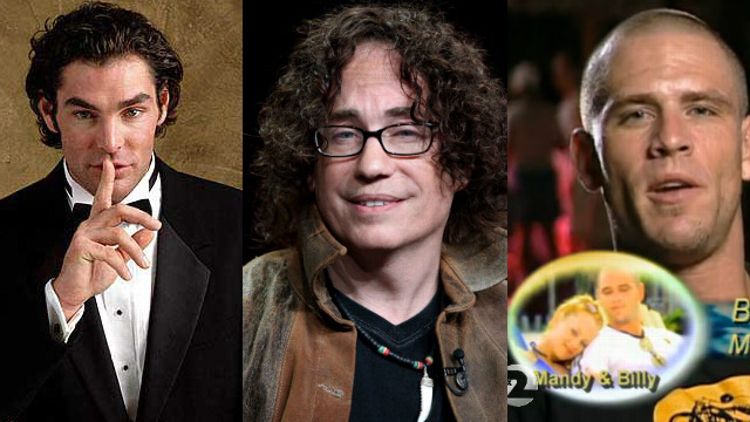 Hour for programming hour, Mike Darnell may be the most intelligent, imaginative, and beguiling purveyor of television shit who’s ever lived. Darnell’s exit as head of “alternative entertainment” for the Fox network, announced last Friday, isn’t so much the end of an era as an occasion to take stock of a man who altered television every bit as much as any producer of adventurous TV. Over the past two decades, Darnell, 51, has proven to be the grotty Grant Tinker; the David E. Kelley of kitsch; the Matthew Weiner of wince.

While news reports have Darnell exiting because of the sliding ratings of American Idol, the producer’s recent years at Fox, which have been largely spent overseeing adaptations of other producers’ creations such as Idol and The X Factor, fail to remind us of what Darnell was doing in his prime creative peak, and I do not use “creative” with so much as a trace of sarcasm.

It was Darnell’s initial inspiration to bolster the struggling Fox network of the early 1990s with a series of dexterously edited news-footage specials designed to attract attention and controversy. Beginning with 1995’s Alien Autopsy: Fact or Fiction? and moving on through World’s Scariest Police Chases, Busted on the Job (highlight: a secretary peed on her boss’s chair), and World’s Deadliest Swarms (I quote Eddie Izzard: “I’m covered in bees!”), Darnell became the head of Fox’s “special programming” department, which basically required him to come up with a batch of cheaply produced eye-grabbers (“the world’s largest tumor,” which weighed in at 303 pounds) to slot into their schedules during sweeps periods when shows like Daddy Dearest and M.A.N.T.I.S. had flopped. “You have to have something gross in each episode,” he told the Atlanta Journal-Constitution in 1998. “There are no coalitions out there against gross.”

Early-period Darnell was a man in his full glory. With his ratty-curled long hair and devilish smile, standing an inch or two more than five feet tall (a “fiendish Rumpelstiltskin,” England’s Daily Mail pegged him), Darnell was a former child actor — his résumé includes episodes of Welcome Back, Kotter and Kojak and a costarring role in the short-lived 1976 Saturday-morning sitcom Big John, Little John — who decided upon hitting adulthood that he wanted to become wealthy without debasing himself in front of the camera. Becoming a producer was therefore a logical move. At his zenith, Darnell oversaw a phalanx of ratings-boosting specials that were dubbed within the Fox network as “MDTV” — Darnell was, in a sense, a channel within the channel. Darnell must have known he’d achieved something when Don Ohlmeyer, the bully-vulgarian NBC exec who during his time as entertainment president nearly caused the collapse of Saturday Night Live and crucially sided with Leno over Letterman in the Tonight Show succession drama, had the gall to call what Darnell did “snuff TV.”

If Darnell’s years of early triumph were characterized by aggressive shows aimed at young males, middle-period Darnell was defined by an increase in romance-themed reality shows aimed at the 18-40 female demo such as Temptation Island (married couples lived with a batch of hotsy singles, in a test of monogamy), My Big Fat Obnoxious Fiance, and Joe Millionaire, the show Darnell has claimed as his greatest achievement. The latter was Darnell’s 2003 critique of crap dating shows, in which a working-class construction worker (later revealed to be a part-time underwear model — Darnell’s shows are nothing if not intricate, layered deceptions, of viewers as well as participants) was passed off to a group of women as a millionaire in search of a bride.

After weeks of the usual dating-show eliminations, the final woman was told the (relative) truth about the humble status of “Joe Millionaire,” and if she chose to remain with him despite this news, the couple would be “surprised” with a real check for a million bucks. Joe thus contained an element of moral rectitude — if the gal rejected the guy just because he wasn’t rich, the audience was meant to see her as shallow and greedy — even as the show itself was a typical swiftly paced, genially amoral Darnell event.

The shrewd idea behind Darnell’s programming decisions — to call it a philosophy debases the concept of philosophy when you’re dealing with a man who has said, “I have no agenda, I’m all about the ratings” — is that there is a kind of itch that the medium of television is uniquely capable of scratching: the urge to watch things so foolish or so personal or so vulgar that they are best experienced gazing at a screen in the privacy of one’s home. One step up from porn and one step down from “guilty pleasure,” Darnell’s programming, whether it’s a car-chase compilation or American Idol (with which he personally plucked from obscurity and gave the world Ryan Seacrest … and Brian Dunkleman), is designed as immediately arresting, streamlined-concept stuff that makes a viewer feel that, there but for the grace of God, Satan, or talent, go I — that I, too, could become an American Idol, an innocent object of police scrutiny, or covered in bees.

Late-period Darnell is not a victim of his own success, but rather a figure who’s now — inevitably, as becomes true of all innovators — behind the curve. (As he himself told the New York Times in 1998, “Everything cycles out.”) Idol’s eroding ratings may be inevitable, but the show also gives off the whiff of exhaustion, as though producers, including Darnell, aren’t jazzed sufficiently to come up with ways to revitalize it. And more ur-Darnell projects, such as the recent Does Someone Have to Go?, have a quality that never would have seeped into primo Darnell work: it’s tedious — depressing to watch. Reality TV’s biggest current successes are shows such as Duck Dynasty, which melds genres — the family drama, sitcom, reality, documentary, and sports — to come up with a mass-appeal product that works on as many levels as its genres, and which bypasses questions of bad or good taste, in- or authenticity.

The true legacy of Darnell is that, along with establishing reality as a permanent TV genre as opposed to a passing fad, he helped redefine who would be, or could be, a celebrity, from ordinary citizens to politicians. If Darnell was the Frankenstein of reality TV, stitching together various elements to create new, ever-more-startling hybrids, Sarah Palin could be considered the Bride of Frankenstein: a walking, talking Darnell special unleashed upon the world even outside of the entertainment area, haunting TV news and politics.

Indeed, Darnell’s original programming innovations find their closest contemporary comparison not in other reality shows, but in news — Fox News Channel, specifically. Early Darnell specials and gimmick/game/reality productions fed on insecurity, fear, paranoia, and a viewer’s steam-valve release of pent-up anger — which is also the Fox News formula. Bill O’Reilly and Sean Hannity are the latter-day versions of When Good Pets Go Bad and World’s Worst Drivers. (Guarantee: All show titles used in this piece are actual Darnell productions.)

It’s not as though Darnell has retired; he’s simply flown his Fox perch. He may have another act in him. He gives exceedingly amusing, clever, even witty interviews, as I can attest from appearances he’s made before the Television Critics Association, in press conferences that have left TV critics who’d been poised to gnaw on his bones purring with pleased complacency.

In other words, he’d make a good celebrity himself. He might do well as a judge on Idol, or perhaps resume the old acting career in, say, a new FX sitcom: It’s Always Sunny on Temptation Island.

Ken Tucker is a critic for National Public Radio. He has written about TV for, like, years.