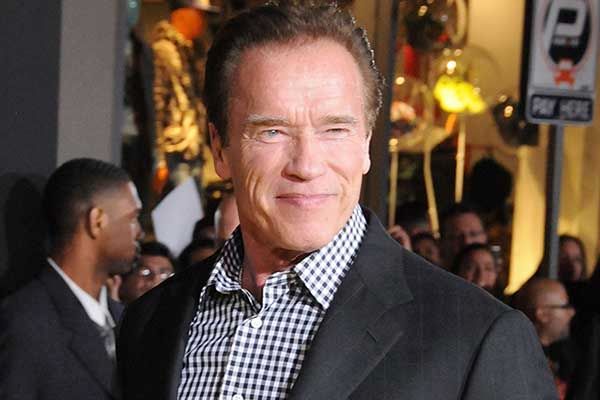 Here’s a big, juicy, vein-rippling surprise for you: THR reports that Arnold Schwarzenegger has sold a series to Showtime. About bodybuilding. That he himself would costar on. Interesting!

According to THR, Pump — an hourlong drama set in 1970s Venice Beach — “traces the origin of the present-day fitness industry and culture of body worship to a single 1,000-square-foot concrete room on Pacific Avenue: a gym called Pump.” The origins of the project, however, trace back to Michael Konyves, the writer of 2010 Paul Giamatti indie Barney’s Version and upcoming period-action Clive Owen/Morgan Freeman joint The Last Knights. Konyves pitched Pump to producer Eric Tannenbaum, who responded thus: “We loved it, but I said the only way you can really tell this story is if we can get Arnold involved … The birth of the fitness/bodybuilding revolution can literally be traced back to the days when Arnold arrived in the U.S.” Shout-out to Eric Tannebaum for having the chutzpah to see if Arnie would be down to do TV. Shout-out to Eric Tannebaum for using the word “literally” correctly.

As THR points out, Schwarzenegger most recently reflected on his bodybuilding background in Grantland’s own 30 for 30 short The Blueprint. Pump, however, will bump up the time frame, from our man’s Austrian upbringing to his American stardom beginnings. Apparently, he’s already sat down with the Pump team and swapped tales of his early days in Cali. As for what role he’ll be playing on the show — well, that’s TBD. All they’re saying now is, if Pump is picked up, Arnold will recur.

Two ways you can look at this: (1) Arnold Schwarzenegger was lured into premium cable with the promise of a well-crafted program that fits snugly within his branding, or (2) Arnold Schwarzenegger is trying anything and everything — including attempting to traffic on his long-abandoned bodybuilding bona fides — to get this post-governorship/love-child comeback popping. Supporting the latter is the fact that Arnold’s got all manner of nostalgia-boosting projects on hand as well. He’s doing another Conan, he did Expendables 2, and he’s even got another action project in the works with fellow deflated ’80s icon Sylvester Stallone. Is that playing to what works? Or is it, you know, your regular run-of-the-mill desperation? Really, though, who cares? If Pump fulfills this early promise, the motivations as to how it came about are irrelevant.

Also of note: Son-of-Arnold Dwayne “The Rock” Johnson has his own premium cable project in the works with HBO. And while its subject matter — “the lives of retired athletes” in Miami — doesn’t technically overlap, you can’t help but feeling the milieus will mingle. Oh, and then there’s also Derek Cianfrance’s HBO project, Muscle, an adaptation of Sam Fussell’s memoir about “an Oxford graduate who moves to New York City, and in order to protect himself, spends four years fully consumed in the world of bodybuilding.” SPOILER ALERT: It doesn’t end well.