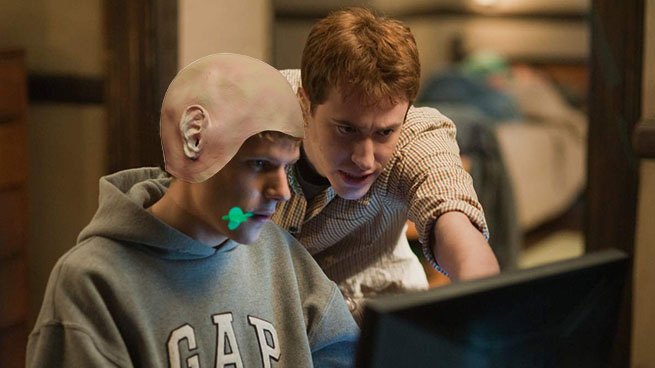 Move over, Walter White: Jesse Eisenberg, of The Social Network and Really Surly Interview With That Journalist Who Also Seemed Pretty Annoying fame, will go hairless and unlikable in Zack Snyder’s as-yet-untitled Superman-Batman movie as the archnemesis of Superman (Henry Cavill), Lex Luthor. While this news was initially met with a collective “WHAAAAT?” by the Internet sorts who care about this kind of thing, it didn’t take too long for it to all make some kind of sense, as long as you shift your vision of Luthor from middle-aged evil science guy to bitter young billionaire. In fact, what seemed at first like a bold and daring casting move by Warner Bros. is actually kind of tame, the more you think about it: Isn’t Mark Zuckerberg pretty much the lawful neutral Lex Luthor of our time? Plus, in many Superman timelines, Luthor is supposed to be a childhood friend of Clark Kent, which wouldn’t read correctly with an older actor like Bryan Cranston or Kevin Spacey (who played Luthor in Superman Returns, a movie I’m told some people saw.) Both Cavill and Eisenberg were born in 1983, so they could convincingly play former schoolmates, especially former schoolmates who are not the same species.

The Eisenberg news overshadows the other kind-of-awesome casting news from the Batman vs. Superman front: Warner Bros. also announced today that Jeremy Irons will be playing the Alfred to Ben Affleck’s Dark Knight, which sounds like the premise for a rejected SNL sketch. It’s a far cry from Michael Caine’s cuddly cockney Alfred, and perhaps hints at an even darker-timeline Batfleck than we dreamed possible. I mean, this movie is probably going to be bad, but both these casting announcements give us hope that it might be interestingly bad. Can’t you just see it, though: Irons standing ominously over the devastated young Bruce Wayne, eyes glinting, telling him that his parents’ tragic death was all his fault?