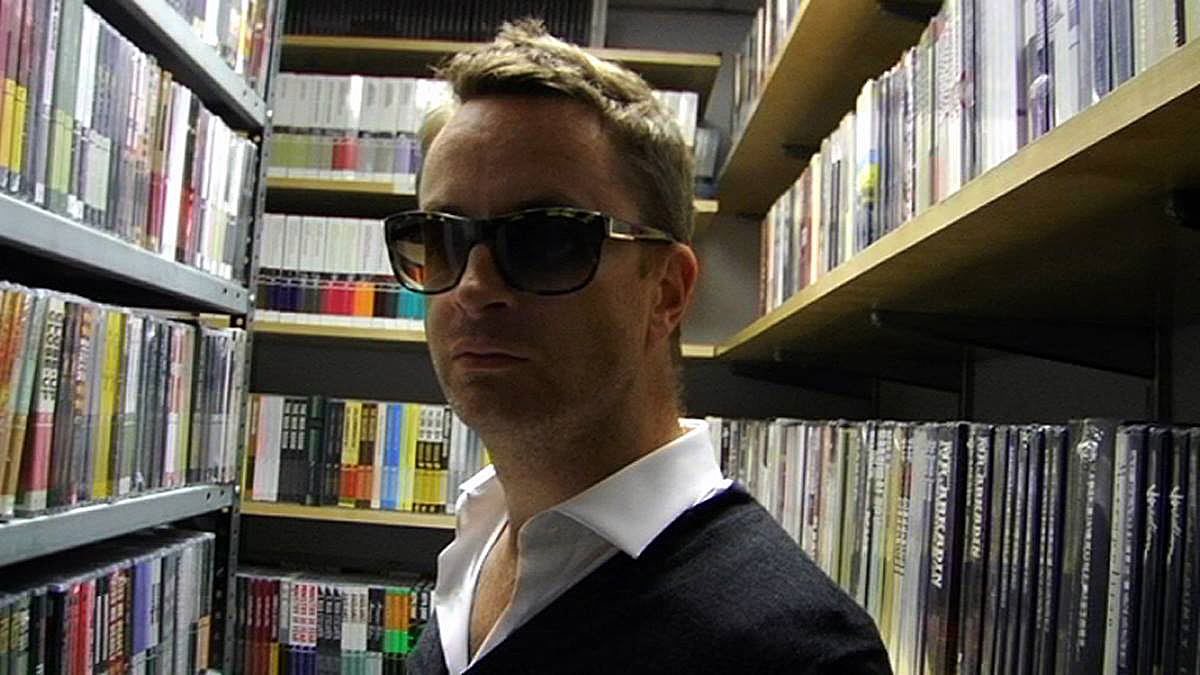 Last week brought us our first Fantastic Four trailer, and, with it, a rekindling of the flame-emoji of news that director Josh Trank has pitched his film as “Cronenberg-ian.” Cronenberg-ian! As in, “Hi, how are you, here’s my Cronenberg-ian Fantastic Four reboot.” That is, with respect, and whatever the thing just better than respect is, one hot influence take. But is it the hottest?

Below are the collected (recent) occurrences of what we will affectionately call Influence Bullshit — cases of directors and producers going some blessed degree of overboard when espousing their influences. These 10 claims have been painstakingly examined, rigorously scored, and, for emotional closure, ranked worst to best. What does “worst” mean, and what does “best” mean? It’s hard to say. Qualitatively measuring bullshit can be tricky like that. But we’ve graded each influence claim on three criteria:

1. Ambition: How ambitious is the claim? (“This sext was heavily influenced by Mozart’s early Vienna concertos.” That would be ambitious.)

2. Delusion: How delusional is the claim? (“This cat food was heavily influenced by the 1994 Olympics.” That would be delusional.)

3. Marketing: How well does the claim serve its claimer at the level of marketing? (“This movie, which I could make only so weird because of studio restrictions but want to convince you is weirder, was heavily influenced by Cronenberg.” That would be marketing.)

You get the point. In the end, perhaps it’s best to think of it like this: Influence claiming isn’t about art, it is art. And so here are 10 artists, and here are the 10 masterpieces they were brave enough to be brilliant enough to claim to be influenced enough to make.

Citation: “It suddenly became very, very clear that [The Winter Soldier] needed to be a superhero movie … with a Seventies political action-thriller film.”

First impression: This checks out. Seventies thrillers were concerned with the politics of paranoia: Watergate, Vietnam, generational mistrust, and the idea climate left in its wake. But maybe more important than that, and what such a reading of the genre carelessly omits, is the unifying principle of “Robert Redford’s an actor who’s in movies sometimes.” Captain America: The Winter Soldier boldly reclaimed this principle and negotiated it through an eminently — almost too real — ’70s political narrative: the battle against a mysterious super-assassin on a path of terror after his release from cryogenic stasis. 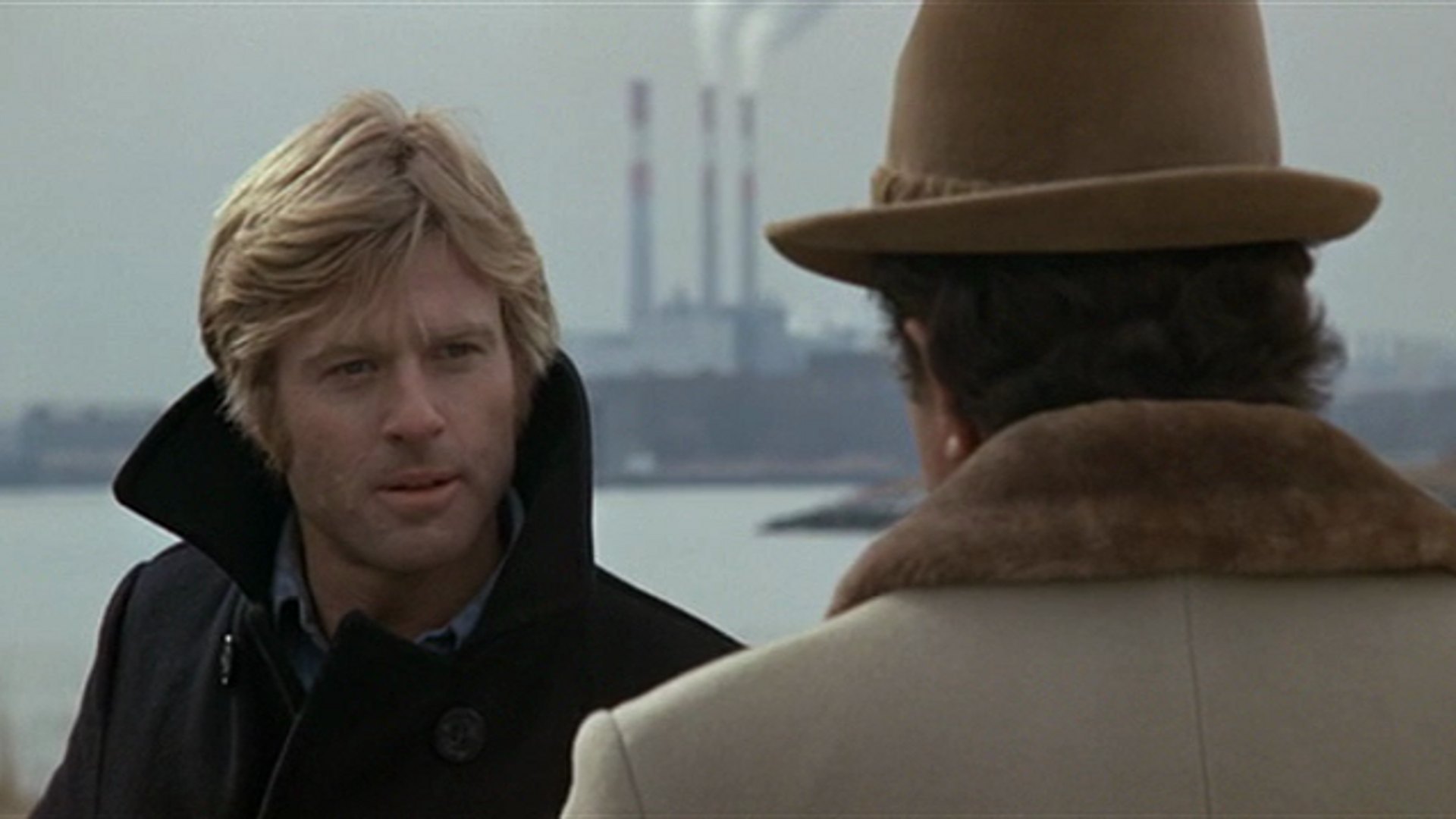 Claimed influence: The Tree of Life

Some inspiration for #Preacher: pic.twitter.com/KhncgxSDkK

Citation: “Some inspiration for #Preacher.”

First impression: Definitely. The Tree of Life is pretty good, but one of its major problems — to be the thousandth person to say this — is that it doesn’t really work as cinema. As fast-paced, serialized plot? Awesome. As “will they or won’t they” romance? So dope. But Terrence Malick’s imagery, for all the effort, simply lacks a certain magic.

When I saw The Tree of Life in the theater, someone in the audience, a few rows back, whispered something that has stuck with me since: “I wish this were on AMC.” That feels exactly right.

Citation: “We tried hard to imitate or rip off the Zucker brothers’ style.” 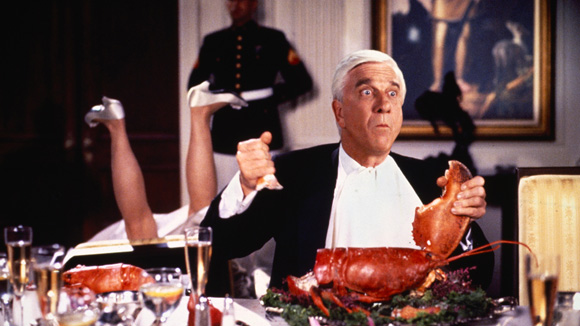 First impression: Oh, bro, for sure. The Zuckers — The Naked Gun, BASEketball, My Boss’s Daughter, Scary Movies 3-5 — are well known for lacing their slapstick farces with intense doses of plaintive melancholy. Anderson taps into that here. The director shed light on this secret recipe last month, on Marc Maron’s WTF podcast, when he said, “Everyone knows I’m an important genius. What my Inherent Vice press tour asks is, ‘Am I also a hilarious populist?’”

Citation: “Image from [a film] that inspired / influenced The Wolverine.”

I'm posting images from films that inspired / influenced THE WOLVERINE. Name the movies. Even better, go see them. pic.twitter.com/NI28PqvQ20

First impression: Something not a lot of people know is that, if you want to make a movie indebted to Hong Kong cinema, all you have to do is set it in Japan. That might not make a lot of sense at first, but it makes more sense the less you think about it — and even more, if you think about it less and less; and then even less than that; and then only the tiniest humanly possible amount; and then literally not at all; and then eventually you forget that you ever thought about it to begin with, and you’re on your couch, and you’re watching James Mangold’s The Wolverine, and you’re thinking, Hey, this is pretty good, and wait, what was that trivia that made no sense about Japan? And what does Wolverine have to do with one of the greatest filmmakers ever? And, what is Hugh Jackman wearing? And when does Apocalypse come out? And does Famke Janssen need a contracts lawyer? And how did I get here? And who am I? And then you shut your eyes and lower the volume and fall softly, sensibly asleep.

Citation: “Hurwitz revealed that Stephen King’s The Dark Tower planted the seed that ultimately grew into the idea for [an Arrested Development] reboot.” 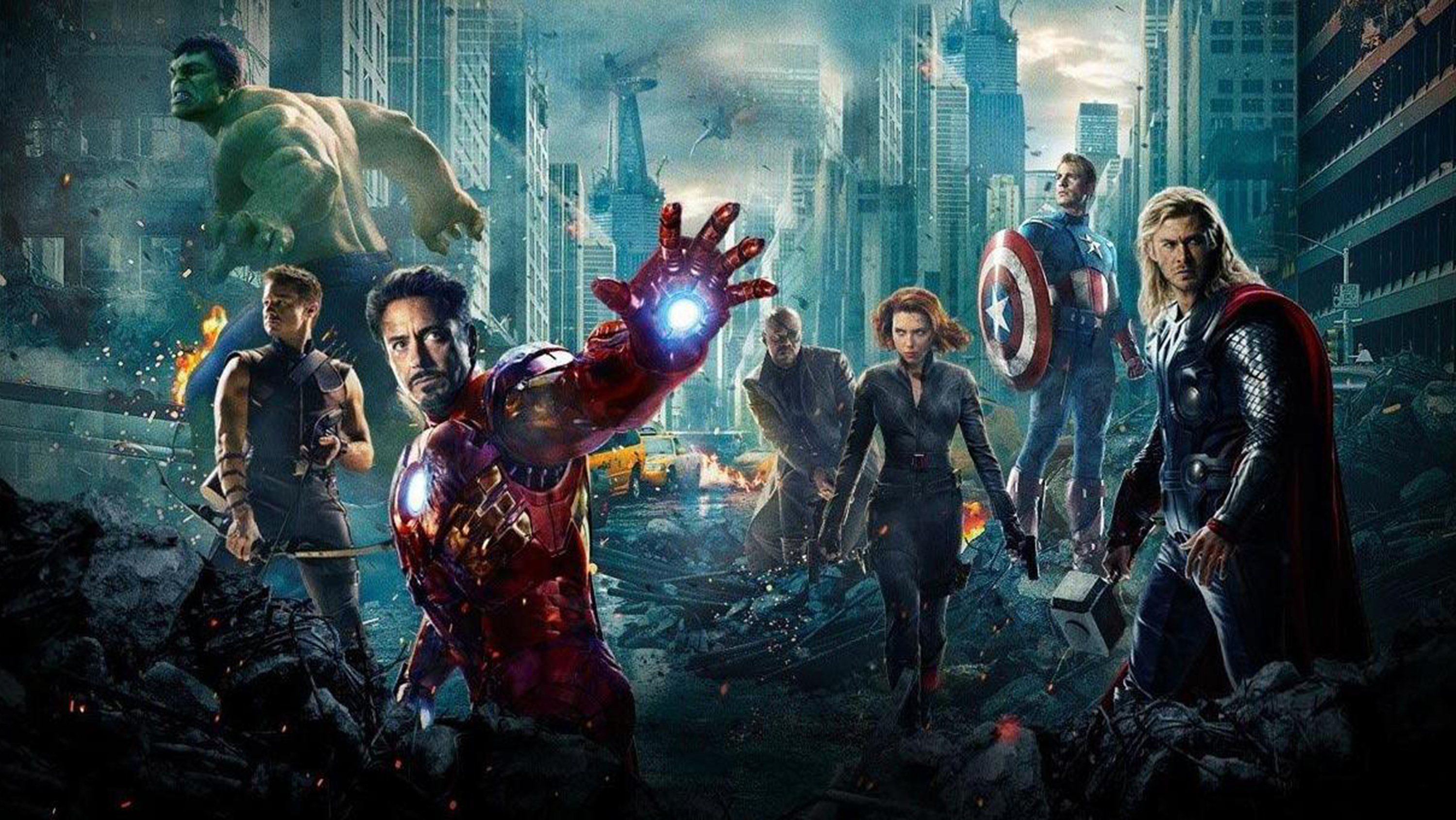 Citation: “But it was Ridley Scott’s Black Hawk Down that really ‘unlocked’ The Avengers.”

First impression: Definitely, definitely. One of the best scenes in Black Hawk Down is when Ewan McGregor’s desk jockey is told he’s going to have to fight, and he says, “Yeah, hell yeah,” but his eyes betray the fear at the heart of the human condition. This is re-created, almost shot-for-shot, in Avengers, when the made-up superheroes have superpowers and do avenging and jokes. 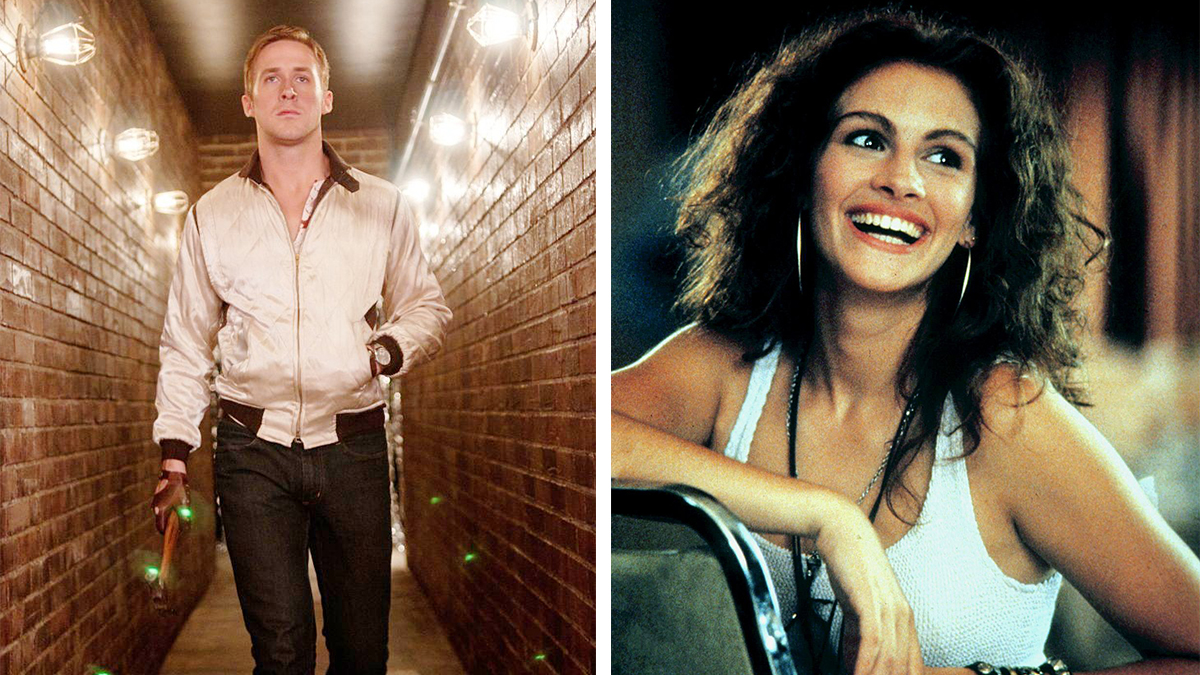 First impression: One fascinating similarity between Pretty Woman and Drive is, of course, that they both have people in them. Many scholars now consider the films to be half of modern cinema’s “People Are in This” Tetralogy, along with Dugan’s Grown Ups 2 and Renoir’s The Rules of the Game.

Citation: “[The end of Funny People] was all about Cassavetes.” 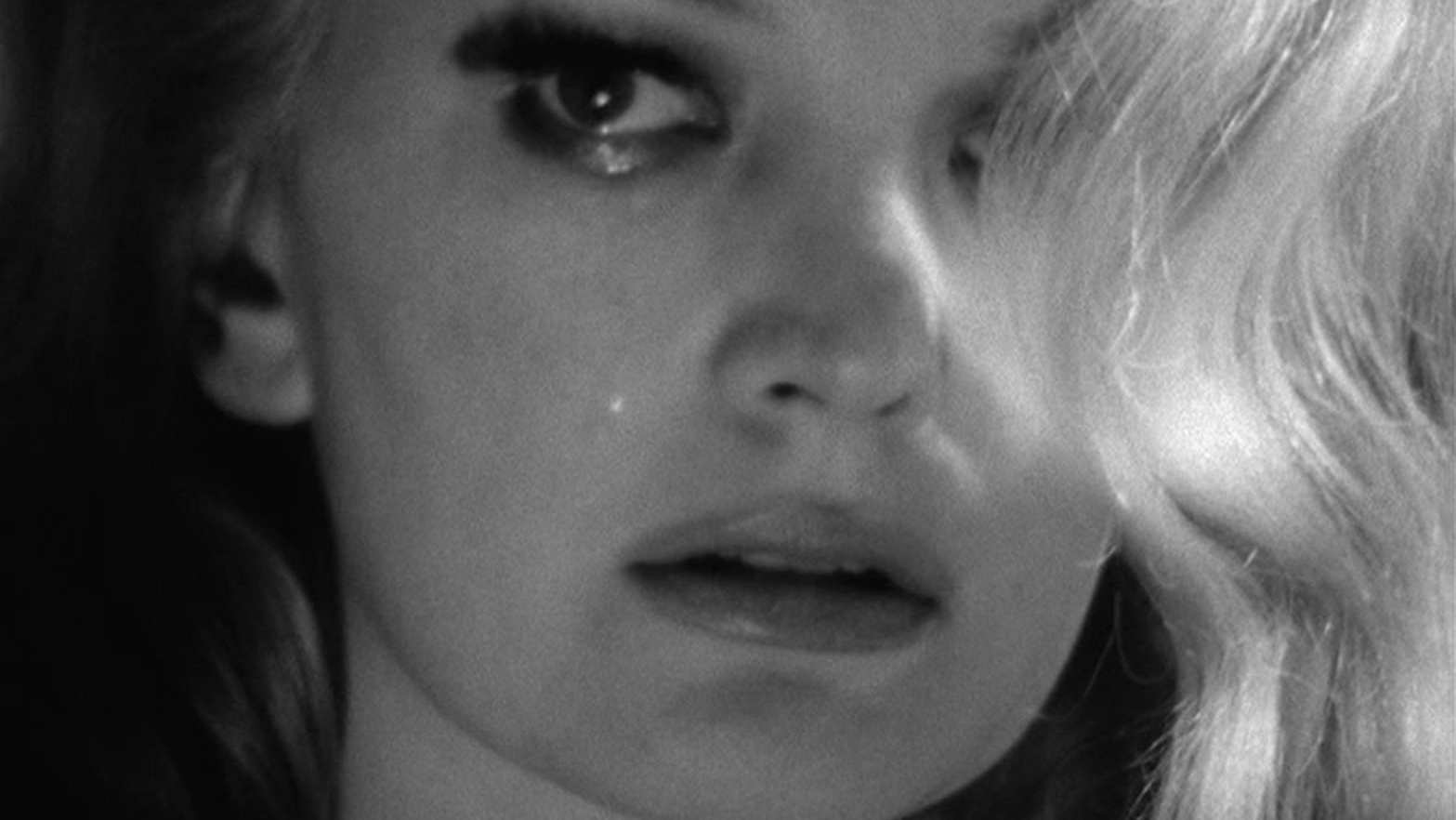 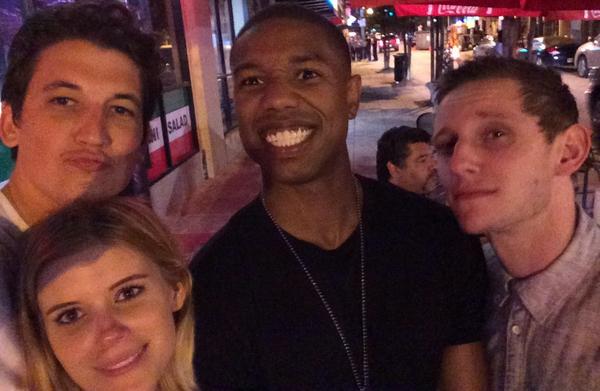 First impression: Really feeling this. At the end of the Fantastic Four trailer, from just offscreen, a voice cautions our hero, “Be ready for what’s coming.” “What’s coming?” asks Mister Fantastic. Those words — uttered as Mister Fantastic stands alongside Invisible Woman, Human Torch, and the Thing, in front of a blinding beam of giant fire-light penetrating through the earth’s crust in symbolic announcement of their megabudget brand-alignment recalibrating origin-story reboot — couldn’t be clearer: “A Cronenberg-ian science fiction tale.” It’s a powerful moment, and emphatically puts this case to rest. 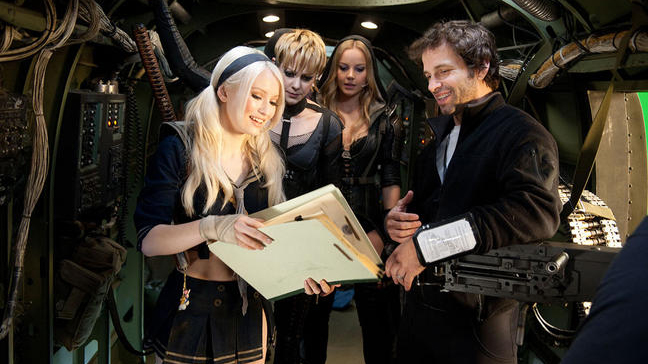 Citation: “A movie that really rocked me was Blue Velvet. … And I thought, ‘Okay, that’s a movie. That’s how you do it. You crush it like that.’”

First impression: YES. Snyder has been compared favorably to David Lynch for years, and nowhere is this more earned than with Sucker Punch, a brilliant reimagining of Girl Power as rote male fantasy. All of Blue Velvet’s famous signatures are there: bluntly manicured edits in service of a PG-13 rating; shock for its own, non-kinky, un-subversive sake; and, most evocatively, a comfortable humorlessness. Near-homage.

Or: Maybe none of that’s true. Maybe, on second thought, this is no. 1 for a different reason. Maybe the truth is that Blue Velvet influencing Zack Snyder on Sucker Punch — as a claim, as a notion, as a Thing To Say — is a layer of bullshit so deranged, so darkly humored, so movingly and tenderly and beautifully wrong and out-there and alive … that there really, finally, is nothing left to call it other than, well, Lynchian.

And with that simple concession, we are left to ponder the reality that this claimed influence has ceased to be a claim and graduated to something else entirely: transcendence. Congratulations, Zack Snyder, our winner. Long bullshit the king.