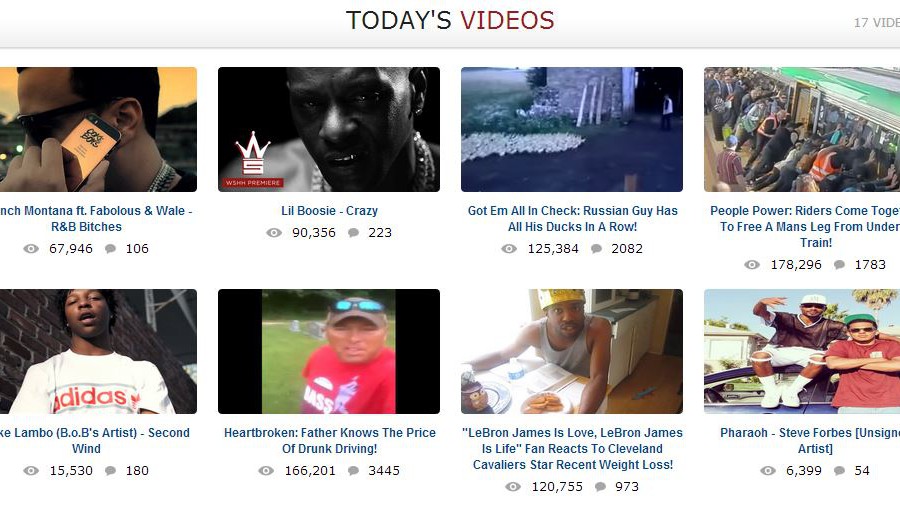 You know WorldStar. I know you do. Maybe you frequent the site, maybe it’s your homepage, or maybe you just can’t avoid its reputation-via-chant — WooooorldStarrrr, WooorrrldStaaarrr (NSFW video — some language, no violence):

But in case you need more than a WSHH parody clip, I’ll throw you to New York’s 2012 feature on the site/empire, which “started in 2005 as just one more semi-swag hip-hop blog eventually featuring homemade videos of rappers and ‘sticky page’ pix of buxom ladies” before becoming infamous for its “daily array of street fights and pushing matches in project hallways and camera scans of shoplifting incidents.”

That’s WorldStar in the proverbial nutshell. Donald Glover, who’s a better rapper than the Internet wants to believe but also probably not the exact right rapper to rap about WorldStar, has a song called “WorldStar.” Key lines: “Yeah, mothafucka, take your phone out / To record this, ain’t nobody can ignore this / I’m more or less a moral-less individual / Making movies with criminals, tryin’ to get them residuals / When it all go crazy, when I hear that action, I’ma be Scorsese.”

And now WorldStarHipHop.com actually IS getting Scorsese’d, courtesy of Paramount Insurge, which Deadline describes as the studio’s “microbudget arm.” The feature film pitch comes from How to Make It in America creator and writer Ian Edelman. “Plot is being kept under wraps,” Deadline writes, “but [wait for it!] is described as being akin to Ferris Bueller’s Day Off in tone.” Hoooo boy. This is gonna be some kinda project. The WorldStar movie is filming this autumn in New York, and Russell Simmons is on board as a producer. But he’s obviously just angling for the Global Grind movie.