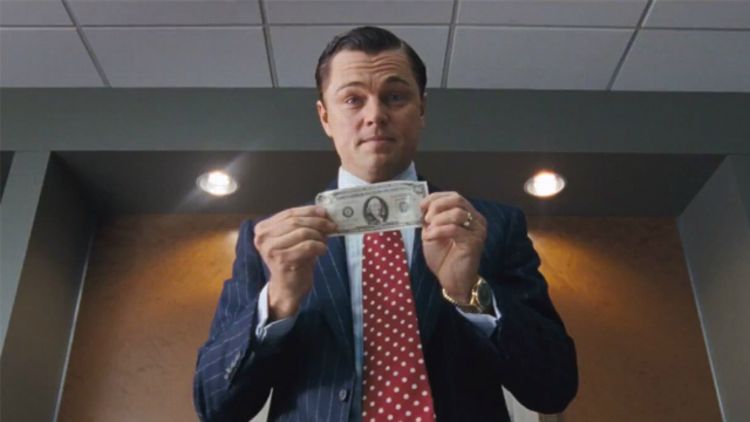 That The Wolf of Wall Street would find itself in a bit of a post-release Glorification vs. Condemnation rigmarole was inevitable. Over three hours, as Jordan Belfort rises to his shady financial fortunes, we get a wondrously unceasing, impressively manifold, appropriately meta caravan — strippers, choppers, booze, coke, cars, crack, and, most of all, sweet, sweet Quaaludes — of excess. That’s balanced against, ehh, five minutes from the inevitable collapse: In real life, Belfort only did a little over two years in prison (plus he got to hang with Tommy Chong!), and the movie doesn’t exactly belabor the point. All of which means that, now, for some people, Leonardo DiCaprio and Martin Scorsese have some explaining to do.

One of the most powerful criticisms has come from Christina McDowell, whose father was a Belfort-esque financial-industry huckster (and who actually did some work with Belfort). In an open letter in L.A. Weekly, McDowell writes:

So Marty and Leo, while you glide through press junkets and look forward to awards season, let me tell you the truth — what happened to my mother, my two sisters, and me.

The day my father had to surrender to prison, I drove him. My mother had locked herself in the bathroom crying and throwing up … after my father successfully laundered money in my name, hiding what was left of our assets from the government in a Wells Fargo bank account, I arrived home to discover multiple phone calls from creditors and attorneys threatening to sue me. He’d left me in nearly $100,000 worth of debt. He left and never told me.

After all of that liquidated money was gone from the Wells Fargo bank account, things got pretty bad. My younger sister ran away at seventeen. My older sister struggled to finish school in Texas. I couch surfed for two years, sometimes dressing out of my car and stealing pieces of salami out of my boyfriends’ refrigerators in the middle of the night …

So here’s the deal. You people are dangerous. Your film is a reckless attempt at continuing to pretend that these sorts of schemes are entertaining, even as the country is reeling from yet another round of Wall Street scandals. We want to get lost in what? These phony financiers’ fun sexcapades and coke binges? Come on, we know the truth. This kind of behavior brought America to its knees.

The argument absolving Leo and Marty of cinematic wrongdoing is apparent: Yeah, onscreen Jordan has himself a hell of a time, but, by the end of the movie (SPOILER ALERT?), he’s destroyed, a sputtering, preposterous mess who can’t help but physically endanger himself and his children. This person’s endless moral and criminal transgressions were, it seems to go without a saying, not a good thing.

“A confidence man takes your trust, takes your confidence and betrays you,” Scorsese, speaking obliquely over the Wolf debate, said to THR. “This is something that’s not going to go away if you don’t talk about it … It’s about human nature. Certain social structures facilitate it and some don’t. Now looking at this unrestrained let me make this picture, you know? … That’s that situation. But I think of the younger people. I think of the fact that yes, it’s funny — but the devil comes with a smile, you know? That’s the idea, you know? The confidence man’s got the charm!”

Leo’s talking about it, too, and, possibly out of sensitivity to McDowell, even more directly. In a Q&A with Variety, he says, “This film may be misunderstood by some; I hope people understand we’re not condoning this behavior, that we’re indicting it. The book was a cautionary tale, and if you sit through the end of the film, you’ll realize what we’re saying about these people and this world, because it’s an intoxicating one.” That he’s being so direct in his defense might be surprising. But when there’s actual video of you plugging Belfort’s $30,000-a-pop speaking appearances, you maybe wanna be clearer in your statements?

As for Belfort himself, he’s now been provided with a new avenue of exculpation. McDowell effectively reminds us that there are real people’s lives at stake here: “Belfort’s victims, my father’s victims … [are] left destitute, having lost their life savings at the age of 80. They can’t pay their medical bills or help send their children off to college because of characters like the ones glorified in Terry Winters’ screenplay.” Now, Belfort says, he’s paying them back, all the way. In a Facebook post (of course), Belfort writes:

As you can imagine, I am very busy right now, but I owe this post to all my loyal friends and fans who have supported me since the beginning: For the record, I am not turning over 50% of the profits of the books and the movie, which was what the government had wanted me to do. Instead, I insisted on turning over 100% of the profits of both books and the movie, which is to say, I am not making a single dime on any of this. This should amount to countless millions of dollars and hopefully be more than enough to pay back anyone who is still out there. I thought this was already public information, as I have already said it publicly numerous times, but apparently there is so much NOISE right now that it has gotten lost in the shuffle. So, again, for the record: I am not making any royalties off the film or the books, and I am totally content with that. My income comes from new life, which is far better than my old one. (Although I will admit the Quaaludes were kind of fun, at least in the beginning. Thankfully, they’re illegal! and impossible to find!)

If you’ve read anything about the real-life Belfort, this is exactly the kind of maddening response you might expect: simultaneously rational, entertaining, and totally self-aggrandizing. Even as he’s paying respect to his victims, and swearing his new life is “far better,” he can’t help but pine for the good ol’ drug days.

This would all be easier to swallow if Belfort were more contrite, less flamboyant, and, most of all, in jail right now. But that’s just not the case.

In New York Magazine‘s excellent profile, there’s a galling scene in which Belfort gets his dinner companions rolling as he recounts an experience with a particularly powerful batch of Quaaludes.

“I stick my finger down my throat. I wanted to get all the frickin’ food out of my stomach. Then I take a fuckin’ enema, shove it up my ass. I want to be completely clean, from top to fucking bottom.”

Across the table, [Tommy] Chong’s wife, Shelby, is cackling with laughter.

… the story goes on, just as Belfort tells it in the book: about learning that the Feds are following him while completely stoned, then driving out to use a pay phone at the local country club, only to fall backward and crash on the floor in his ‘lude binge.

“I try to stand. I can’t stand! I curl myself into a little barrel and fucking roll myself down the steps. I do the prayer to Jesus. Even an old Jew. Jesus, please God, just get me home one last time.”

“I love this!” Shelby says. The more Belfort reveals, the more laughs he gets. Especially in the story’s dénouement: totaling seven cars at one mile an hour.

That scene is in the movie, rendered epically. And it’s goddamn hilarious.

Community Is Back. And So Is Dan Harmon. (Oh, Yeah, the Show's Good Again.)