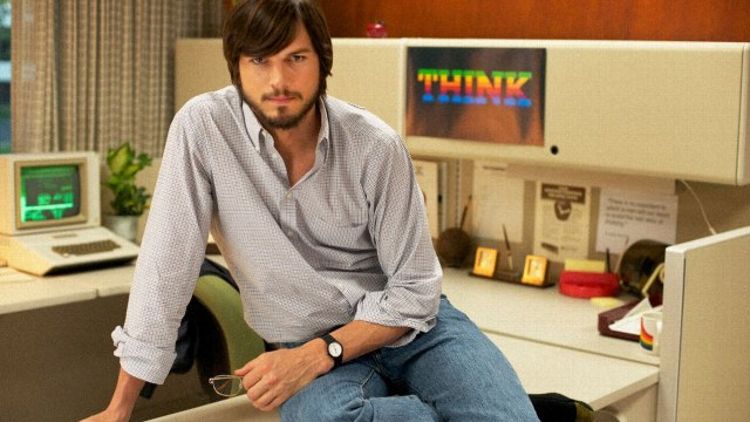 Look, we admit it: When Ashton Kutcher was first cast as Steve Jobs in the indie upstart to Aaron Sorkin’s big-ticket biopic, we balked. Jobs, that great titan of American industry — that brazen symbol of individuality and resilience and courage! — would be portrayed by a guy who, at least at one point in his life, spent a lot of time with Wilmer Valderrama? But all those doubts are in the past now. And that’s because Kutcher’s indie movie jOBS — yes, jOBS — has just commemorated its inclusion in this year’s Sundance Film Festival by releasing the first official photo of Kutcher in character. And goddamn if it isn’t something else! As Vanity Fair points out, Kutcher’s whole thing here — the pose, the tuck, the cubicle, the smoldering stare — is in fact an homage to a vintage photo of Jobs himself. You see, Kutcher tells us, communicating only with his piercing eyes and fluffy beard, I too can sit and ponder the mysteries of the universe in front of some crappy old curtain while lightly pursing my lips and having my hair parted just over my left eye. Uncanny, Ashton. You look truly genius-like.