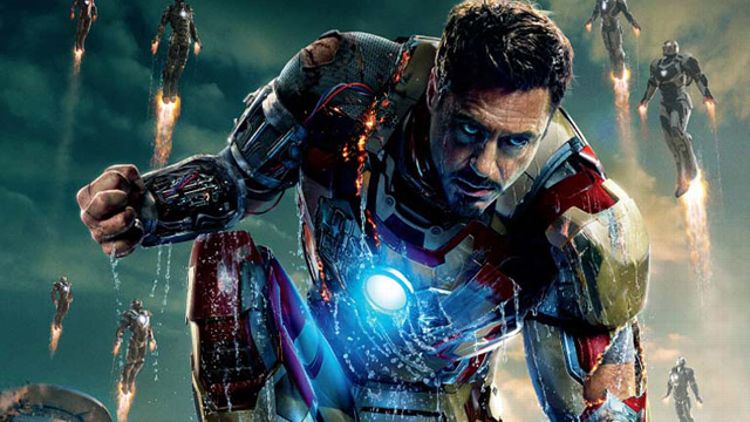 Iron Man 3 is making money hand over fist ($678.9 million in 10 days, to be exact). Robert Downey Jr. is being paid handsomely for his services ($50 milliooooooon). What could possibly stop the beautiful Marvel-RDJ relationship from blossoming ever more? Two things: (1) Downey is not signed for any more Marvel movies. And while he’s already entered negotiations for two more Avengers movies, he’s not quite ready to talk Iron Man 4. And (2), Marvel, it turns out, is actually quite cheap. Just ask all the Avengers who don’t have a powerful suit of armor that keeps their injured hearts beating.

According to The Hollywood Reporter, Downey’s negotiations with Marvel for more movies started as early as Monday night. As Downey explained to GQ, the giant paychecks he’s accrued so far — via the revenue-sharing contract he struck up on the earlier Iron Man movies — make him a “strategic cost.” (“Isn’t that crazy?” Downey said in the GQ interview. “They are so pissed.”) Meanwhile, Downey has all the negotiation might in his corner. Compared to Thor and Captain America, the Iron Man movies simply far outperform in the box office realm. And how will future Avengers movies do without their wisecracking robot man in the middle?

But Marvel, and its CEO Ike Perlmutter, “give new meaning to the term stingy,” says Deadline. The word is, they’ve recast the Hulk three times. Don’t think they won’t entertain the possibility of swapping out Downey for someone cheaper. In fact, the threat of recasting is how they’ve managed to keep prices down on the rest of the cast. While RDJ cleans up — by the way, Deadline says that the $50 million figure is now closer to $70 million or $80 million — according to an insider, “Some received only $200,000 for Avengers.” Also, when it was time to renegotiate salaries for the second round of stand-alone Marvel movies, Chris Evans and Chris Hemsworth were initially offered only half-million-dollar raises. After some fierce negotiations, they got salaries more in line with the successes of their movies. Says another Deadline source, “Marvel has created so much animosity by strong-arming and bullying on sequels already. It’s counterproductive.”

Coming around full circle, it’s apparently Downey who stands up for his cast mates and their piddling little cash stacks. Says Deadline:

I’ve learned the Avengers cast are becoming united behind Robert Downey Jr. who is seen as the “leader” — “like a big brother” in the words of one rep — for all the younger actors in the ensemble. “He’s the only guy with real power in this situation. And balls of steel, too. He’s already sent a message that he’s not going to work for a place where they treat his colleagues like shit,” one source explains. Another rep tells me, “I have four words for Marvel — ‘Fuck you, call Robert.'”

So you have a studio famous for playing hardball despite all its success, and a guy who’s made more money than he could have ever imagined and has already expressed interested in hanging up the superhero shtick in a couple of years. Now does that sound like the recipe for a warm working relationship? I’m just saying: If I were a big-name actor who could do both comedy and action and didn’t mind taking over a franchise three movies in, I’d maybe start seeing how I looked in that trapezoid Tony Stark goatee sooner rather than later.

Video: Louis C.K. Explains Why He Shoots and Edits His Own Show