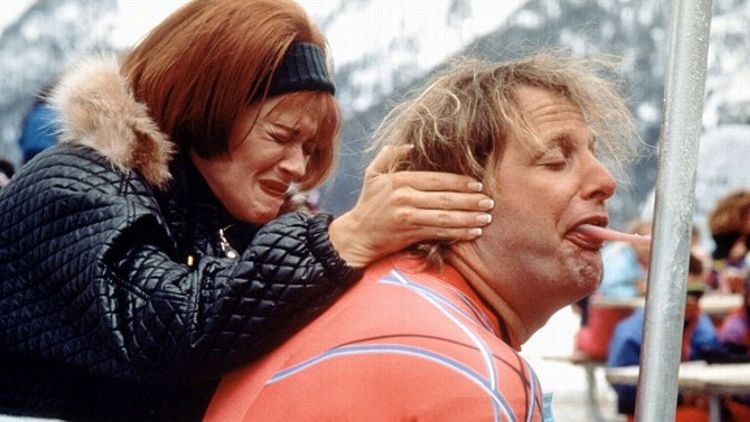 Fans of idiocy the world over rejoiced yesterday when news broke that Bobby and Peter Farrelly were planning on revisiting their first — and some would say funniest — film, Dumb & Dumber. According to Deadline, the new project would be a sequel (presumably called Dumb & Dumbererer because obvs) and the plan is to reunite original stars Jim Carrey and Jeff Daniels.

The move makes sense for the Farrellys (their IMDb page since 2000 is a sad study of diminishing, puerile returns) and we’ve no doubt Carrey is hot to don the (graying) Caesar once again. The Number 23 didn’t scare audiences, but it might have scared the man himself back into gross-out comedy (and just plain gross web videos) where he belongs. The hold-out may be the member of the trio with the lowest Q-rating but the most consistent career: Daniels. The 56-year-old has been sticking to prestige projects since his time on the Farrelly toilet, including memorable turns in The Squid and the Whale and Good Night and Good Luck. More recently, Daniels landed the plum role as Not Keith Olbermann in Aaron Sorkin’s heralded return to topical TV, HBO’s More As This Story Develops. In other words, Daniels’s brand these days is Smart & Smarter — and it’ll take a whole lot of greenbacks (not to mention laxatives) to get him playing stupid a second time.