For most of Dumb and Dumber To, I didn’t know why any of us were there. The movie wanders toward a plot in which Lloyd (Jim Carrey) and Harry (Jeff Daniels) hit the road to ask Harry’s long-lost daughter, who had been given up for adoption, to give Harry a kidney. There are so many firecracker-type gags that don’t go off that it’s tempting to walk out. Staying is too sad. In the original movie, from 20 years ago, Carrey had a bowl cut and a cheap newsboy jacket; Daniels wore an electrocuted frizz and a tight, striped T-shirt. They were two Muppets terrorizing a live-action world. Now in their fifties (Daniels is 59), wearing the same costumes, they seem like mentally ill fugitives from middle age. As it is, when this movie starts, Lloyd has been catatonic, living in a mental institution since the last movie, and Harry has been coming by to change his friend’s diaper. In flashbacks, Lloyd lies on a table while Harry yammers on, tossing powder between Lloyd’s hoisted legs, the way a TV chef might truss a turkey.

The directors Bobby and Peter Farrelly cram the movie with puns and those kinds of sight gags. Almost none of them work. You know that Carrey and the Farrellys can do better, because in parts of the first movie and throughout Me, Myself, & Irene, they did. This movie is determined to wear down your resistance, but it’s wearying. Having Daniels and two Latin actors playing gardeners yank a catheter out of Carrey might be in the spirit of the original movie, but it’s also an imitation of it.

When the Farrellys are at their best, you can’t predict where a scene will wind up. They excel at the payoff comedy of well-built gags — say, the visit that Ben Stiller pays to Mary’s mother and stepfather in There’s Something About Mary that culminates in Stiller’s being wheeled, amid total visual chaos, into an ambulance. The editing, camerawork, and blocking worked in tandem to mine maximal hilarity from personal embarrassment. (This rarely happens in American film comedy now; the formal brilliance has mostly migrated to TV.) Occasionally, they can build whole movies on an infectious sense of surprise: Mary, Irene, Stuck on You, and their underrated infidelity comedy, Hall Pass. Dumber To just has moments. For instance, when Harry hunts down his daughter’s birth mother (Kathleen Turner), who had put the child up for adoption, she gives him a letter she had sent to the girl that had been returned, the envelope unopened. Harry and Lloyd use the address on it to get from Providence to Maryland. But when they show up on the front steps, an exasperated Turner opens the door. You idiots, this is the return address. It’s a happy, stupid surprise that rises to the challenge of finding the least-expected route to the biggest laugh.

When Lloyd and Harry show up, finally, at the mansion of the long-lost daughter’s adoptive parents, the movie reaches a steadier gear. The plot kicks in, and the Farrellys, who share writing credit with four other men, use it to sharpen the jokes. We arrive at the mansion before Harry and Lloyd do, and we can see that Harry’s daughter, Penny (Rachel Melvin), is a nincompoop, too — but a sexy one. (Harry wants her kidney; Lloyd wants her.) The adoptive family is a collection of types. The father is an oldish, ailing Nobel Prize–winning scientist, Dr. Pinchelow (Steve Tom). The mother is a film-noir blonde (Laurie Holden) with perfect diction and a plan to knock him off. (Holden’s impersonation of a B movie femme fatale is the best thing in the film.) Dr. Pinchelow has dispatched Penny to speak on his behalf at a big TED Talk–like technology conference (KEN plays TED), but she has left behind her phone and the mysterious box he needs delivered. The idiots arrive in time to bring the package to Penny, complicating the murder plot.

This kind of comedy gets somewhere when the grossness and rudeness and idiocy actually have somewhere to go. Here, they go to KEN, where Harry is mistaken for Pinchelow and eventually treated like a god. The desperate randomness of the jokes dissipates, the farce takes hold, and the plot twists about three times. I wish I could say it was all worth it. Dumber To is as much beholden to Billy Wilder and James Thurber and John Waters as are the Farrellys’ other movies, but the prevailing cheapness keeps things much too close to the slovenliness of some Kevin Smith comedies.

The original movie’s release 20 years ago happened at the dawn of a new kind of comedic extremity. Dumb and Dumber, along with Ren & Stimpy and Beavis and Butt-Head — scandalous cartoon cable shows — set a new standard for violent, foolish friendships.1 Lloyd and Harry were live-action Looney Tunes. You don’t watch a movie like Kingpin or Shallow Hal and think that the men who made it are cool. The Farrellys have an honest, geeky curiosity about the true bounds of bad taste. They explore it in movies that feel like old slapstick TV — The Three Stooges with blood and puke and all kinds of scatological foulness. What’s appalling about them also warrants affection. They like people.

The Farrellys are as soft-hearted as they are filthy. Even so, Lloyd Christmas and Harry Dunne just weren’t people you needed to see again. Their return reflects a will, in Hollywood and probably in the public, to reinvest in Carrey’s tarnished stardom. Prolonged exposure might have anesthetized us to his brilliance. He’s flailing here, swinging hard at every pitch in the script. Daniels gets to be funnier than he did in the first movie. But in the intervening decades, he has also become a stronger, more textured actor. So the hurt sticks to him, and he’s crazy enough to play it. The movie just isn’t funny enough to make you happy that he bothered. It’s made of exactly what flies off of Lloyd’s hand after he removes it from under that old lady’s sheet: dust. 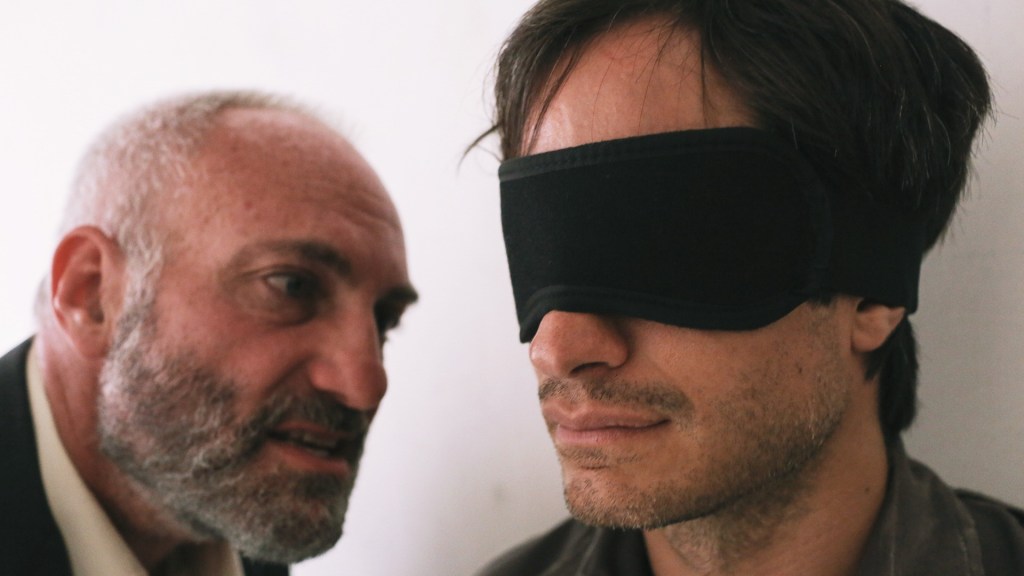 Everything about the Farrellys’ movie is old-fashioned, including the kind of mess it is. It’s a big moment for corniness at the movies. At the heart of Christopher Nolan’s Interstellar is the eternally corny notion that love is all you need. But there’s nothing inherently wrong with sentimentality or earnestness. It can tip a film into a new or unexpected place. A handful of movies rolling out this weekend are robustly corny, and they’re as proud of that as Nolan’s movie is.

If, for instance, you left Jon Stewart’s Rosewater feeling it was made out of duty, you wouldn’t be wrong. Five years ago, the Iranian journalist Maziar Bahari was jailed for being a traitor. The Iranian authorities’ case against him included his appearance on Stewart’s The Daily Show, where, it was concluded, he must have been communicating with an American spy. The film is based on a memoir that Bahari wrote with Aimee Molloy and stars a charm-soaked Gael García Bernal. It’s focused largely on the 118 days that Bahari spent imprisoned and interrogated, but it is really a work of personal journalism with ripples of comedy and magical realism. Mostly, the shifts in tone are muted. Whenever Stewart, who wrote the screenplay, cracks a joke, the mood of solemnity is shattered, and you’re grateful for the break. The levity feels somehow natural — not to Stewart per se, but to the existential absurdity of the situation. Most of the time, the comedy involves Kim Bodnia, who’s excellent as the blindfolded Bahari’s fragrant interrogator (the title comes from the heavy’s scent). The film goes slightly beyond rigorous earnestness and settles into a kind of stubborn atonement. If Stewart feels culpable for Bahari’s harsh treatment, a movie about the consequences of his visit to the show might be the least he felt he could do. But the film is well made and well meaning enough to leave you convinced that Stewart can do even more. 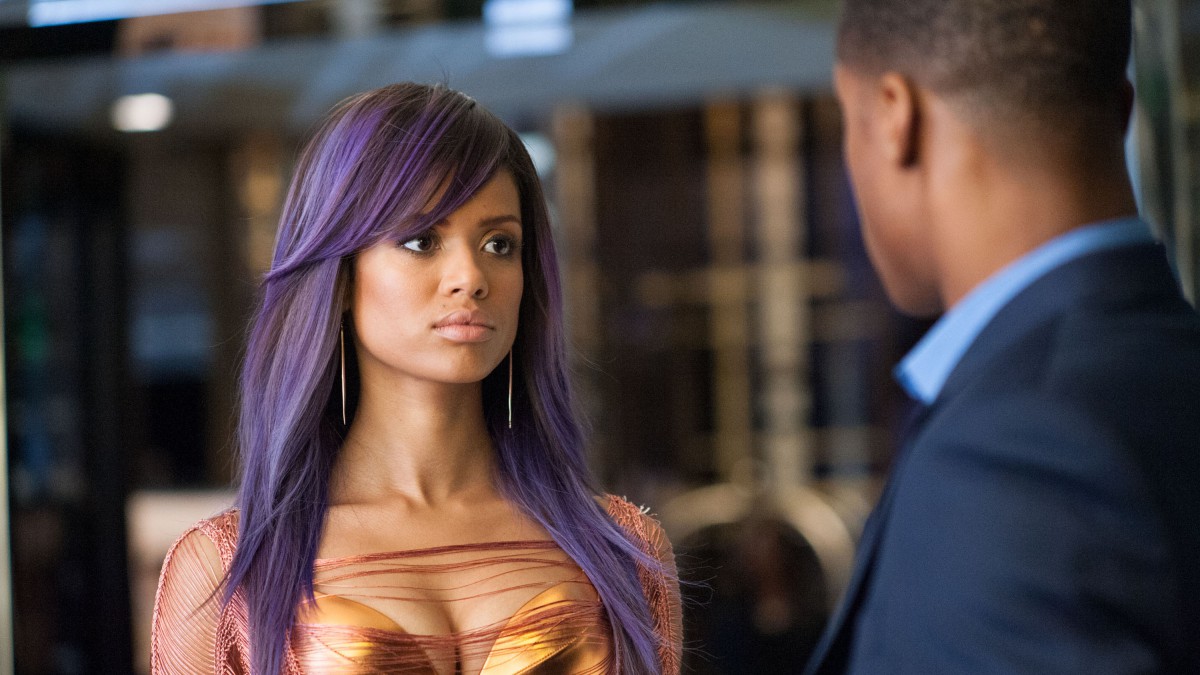 All of the “more” in Beyond the Lights comes from the movie’s belief that the music business preys on women’s sexuality until the women don’t know who they are anymore. The rising star in Gina Prince-Bythewood’s drama is a dancing half-black, half-white British singer named Noni (Gugu Mbatha-Raw). She’s been mixed up with a white rapper (Machine Gun Kelly). Her mother (Minnie Driver) has been stage-managing her since her first singing competition. The lack of autonomy nearly sends her over a balcony. Thank goodness that a fine — and I mean “foine” — LAPD officer (Nate Parker) is there to catch her and pull her up.

What ensues is a crowd-pleasing romance between a pair of young black people who, together, are trying to regain control of their lives (his dad — Danny Glover — has pushed him into a campaign for elected office). The story and the concert sequences creak — they’re part addictive TV drama, part Bodyguard redux — but Prince-Bythewood loves these two people even more than they love each other. She gets them away from the crazy pressures of her mother and the paparazzi and sends them to Mexico, where a sexy version of Roman Holiday commences. This leads to a major change in hair and artistic sensibility. Noni goes from Ciara or Aaliyah to Corinne Bailey Rae. Prince-Bythewood has more to say about artistic authenticity than anything in Begin Again; her film is more interesting than it is good. But if “interesting” includes 50 alluring close-ups of Parker giving hungry eyes to Mbatha-Raw, then “good” is overrated. 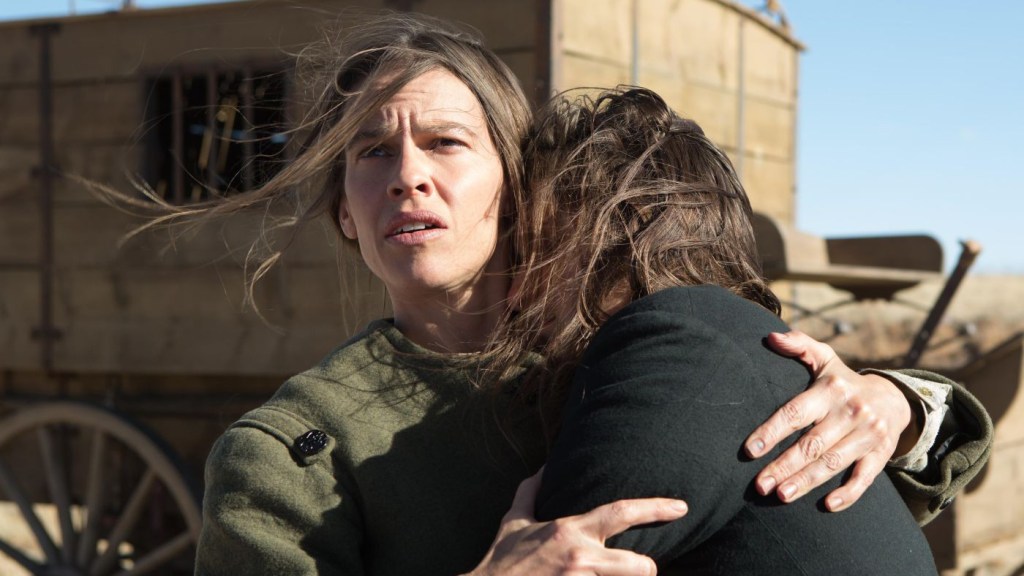 The Homesman could have been great. It’s a drama about a homesteader named Mary Bee Cuddy (Hilary Swank) who agrees to transport three mentally ill women (Grace Gummer, Miranda Otto, and Sonja Richter) from Nebraska to Iowa in a horse-drawn coach with jail bars. The movie has an Oz-like hook. Mary Bee happens upon a hanging man (Tommy Lee Jones) who begs her to cut him down. She does so on the condition that he help her transport these women. He’s a noxious chauvinist. But on they go, with assorted bumps — and parts for Meryl Streep, John Lithgow, and James Spader — along the way.

I was taken with this arid movie, which Jones directs with sugarless confidence. It’s Brittle House on the Prairie, a tribute to femininity and its misapprehensions. This noble, lonely woman feels entitled to companionship and is quietly sour that, at 35 and with means, she has yet to experience it. Swank continues to be the most guilelessly corny star the movies have. Everything she does is in the service of one shape: square. And Jones is smart enough not to overdo any punched-up sentimentality toward her. At this point, he must know that the situation is pretty much Pavlovian. Your eyes get wet just looking at her.

Jones is good in this film, too, and you’re nervous that he’ll take it over. But then the plot turns and asks something of Mary Bee that is a complete betrayal of Swank’s performance and the radiance she emits. The development probably works in Glendon Swarthout’s novel of the same name, where Swank is nowhere in sight. But not in the theater. You’re tempted to give up on the movie because it feels as if the movie has given up on her.

This column has been updated to correct an error: Ben Stiller’s character in There’s Something About Mary was visiting Mary’s parents, not his own.

Grantland Reality TV Fantasy League: The Pizza of Destiny and a Slice of Defeat