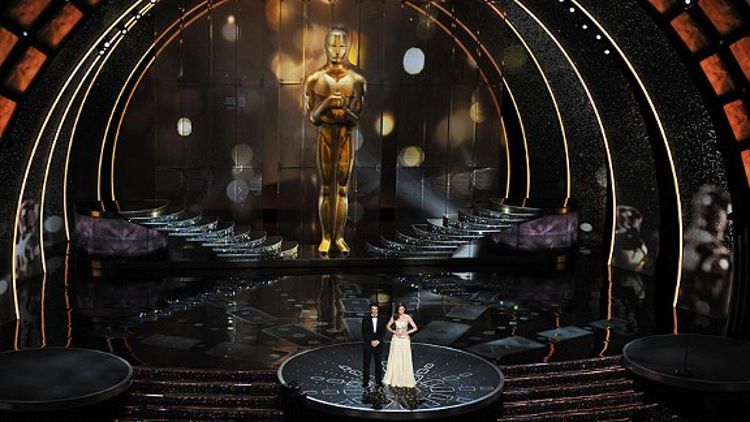 Following the lead of his Tower Heist director Brett Ratner, Eddie Murphy has dropped out of his gig as host of next February’s Oscars, leaving the Academy with just over three months to find a replacement. Who should they go with? We polled the Grantland staff and have a few suggestions.

David Jacoby: Who looks at Bill Murray and says, “I hate that guy.” No one. He would reflect the absurdity of the industry, the award, the money, the party, the superficiality and still embrace the tradition and respect of the craft. Also, he is good for one legendary musical act and would probably be drunk.

Dan Fierman: NPH: Book it. There’s no other way to go. First, he can sing and dance. Second, he’s funny as hell. Third HE’S GAY AND HAS TWO ADOPTED KIDS. There’s no better way for the Academy — one of the most obviously panicky and craven outlets on the planet — to wash the Ratner stink off than with Doogie Howser. It’s done, we’re just waiting for the announcement.

Rembert Browne: Eddie screwed up his chance at making a real comeback. Why not tap his comedic grandson (Murphy — Rock — Chappelle) who is also in dire need for a comeback. Dave’s been sitting on that farm in Ohio for years now, just waiting for the right moment to jump back into stardom. I can’t think of a better, more unusual way to come out of hiding than hosting the Oscar’s. Also, as he showed in Chappelle’s Show, his two standup specials, his appearance on Inside The Actor’s Studio, and his disappearance, he’s smarter than everyone else in Hollywood. For the sake of millions, I hope his phone rings in the next few days.

Lane Brown: The Academy needs a new host fast and he’s their best option. The man responsible for the greatest opening number in recent memory is available, he wants the job (“I wouldn’t have minded doing it this year,” he told Grantland in September, “but they never asked me”), and he’s already basically practicing. Suggested opening bit: Jackman and the robots from Real Steel beat up Brett Ratner in effigy.

Katie Baker: Because I miss my childhood.

Daniel Silver: With Eddie out, it’s going to be hard for the Oscars to hire another comedian, since he/she would just be compared to what Eddie could have done. I’ve always believed that the best type of host for a show like the Oscars is a song-and-dance man. The Academy should go big and bold and throw a ton of money at Robert Downey Jr. Downey’s a huge international star who will draw a mass audience (by the time the show airs Sherlock 2, will have made boatloads of money), he’s part of the club with two Oscar nominations to his name, he’s funny and fast on his feet, and he can sing. And if the Oscars don’t think Downey Jr. can carry the whole show himself, they should book his equally talented buddy Jamie Foxx as co-host.

The Oscars: Ratner's Out. Now What?