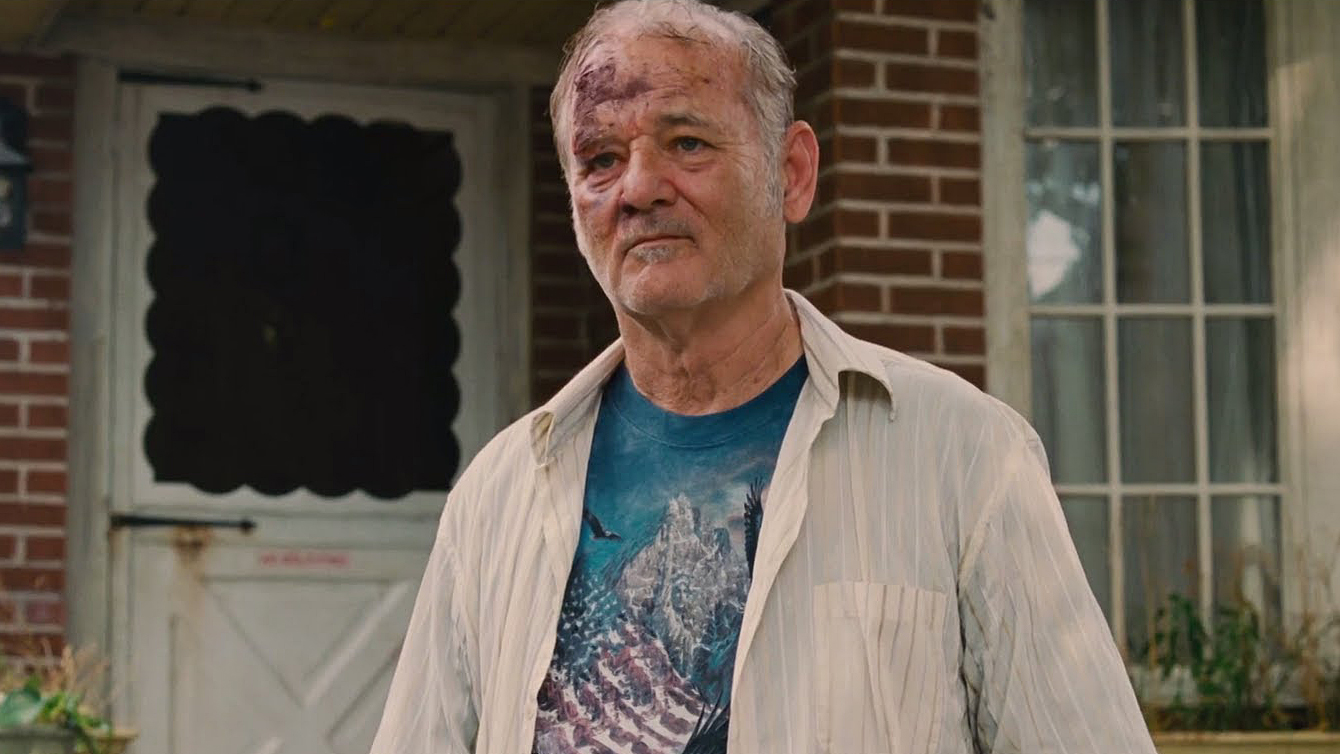 You can count the number of people better liked than Bill Murray on one hand. This makes his recent filmography a bit shocking. Since Charlie’s Angels in 2000, America’s favorite weird uncle has made exactly two movies that met these three criteria:

1. A positive rating on Rotten Tomatoes

3. A director not named Wes Anderson

One of those movies, Lost in Translation, earned him an Oscar nomination (he lost to the Cookie Monster of scene-chewing, Sean Penn in Mystic River) and stands as the major dramatic role of his career. The other, Broken Flowers, was a Jim Jarmusch film, which should say everything that needs to be said about its role in influencing the culture at large.

Dating back to the late ’70s and early ’80s, in movies like Stripes and Ghostbusters and Caddyshack, Murray’s been building a persona as a smartass layabout who rises to the occasion. And recently, he’s begun enacting that character in real life. Murray’s a meme. Over the last decade, he’s become better known for joining kickball games in New York City and inserting himself into engagement photos than acting. If he didn’t exist, ClickHole would have to invent him.

He’s a slovenly old dude who fulfills all of our greatest hopes and dreams about how slovenly old dudes spend their time, with none of the inconvenient weirdness and interiority. Murray isn’t Philip Roth’s Everyman, grappling with the onset of age and the disappearance of virility; he’s out in these streets bartending SXSW parties. Grayer and more translucent every time we see him, his antics follow an inverse path, becoming more youthful and effervescent.

As one of the most famous 64-year-old men in the country, Murray’s decision to spend his time delighting strangers rather than acting is fascinating. But it also means that, when he does decide to act — an increasingly rare event — it’s easy to see his roles as an extension of his performance as Bill Murray. With St. Vincent, his newest effort, that might be for the best.

The less said about St. Vincent the movie, the better. It plays like a big-screen adaptation of a Coke commercial. But Murray’s role as Vincent, a stereotypically debauched senior citizen turned mentor of his pipsqueak neighbor, doesn’t take him far from his public persona.

Instead of “favorite weird uncle,” he plays “favorite cantankerous uncle with a secret heart of gold.” Vincent’s character summary could’ve been culled from a Bukowski poem, and it’s about as interesting: He’s an alcoholic who gambles on horses and has a tender, mutually beneficial relationship with a pregnant Russian prostitute, played by Naomi Watts in one of this young century’s weirdest casting choices.

The question, then, isn’t what Murray brings to the role, but what this role adds to his role as Bill Murray. The answer, like much else about the nature of celebrity, largely depends on what we’re looking for.

At this point in his career, Bill Murray’s part in St. Vincent is so logical — playing a supremely knowable character, he overwhelms the film entirely. Nothing else about it matters. When Vincent’s waving a tire iron at a bunch of preteens, or plating sardines and soda crackers and calling it sushi, it’s the fictional extension of Murray’s real-life activities. If we see St. Vincent as sketch comedy, with Murray’s charisma and charm functioning as the common thread, it almost works.

If you’re looking for more than Bill Murray Kabuki — to see him step outside of himself — there’s less here. Part of what makes Murray’s performance in Lost in Translation work so well, no matter how you feel about the movie, is that he performs with an existential melancholy that has always seemed to be there, but just out of view. It’s the heaviness that haunts all of that era’s SNL guys. In Lost in Translation, he seemed to be uncovered. St. Vincent has far more in common with the way he plays for Wes Anderson. The difference here is that, unlike with Anderson, everything around him is packing peanuts. If anything, St. Vincent proves that Murray no longer needs to act to be one of America’s favorite actors. But he’s certainly still capable.

Who's That (Long-Haired Singer-Songwriter) Guy (From This Week's ‘SNL’)? Hozier!