Who Has Been Driven the Craziest by The Dark Knight Rises? 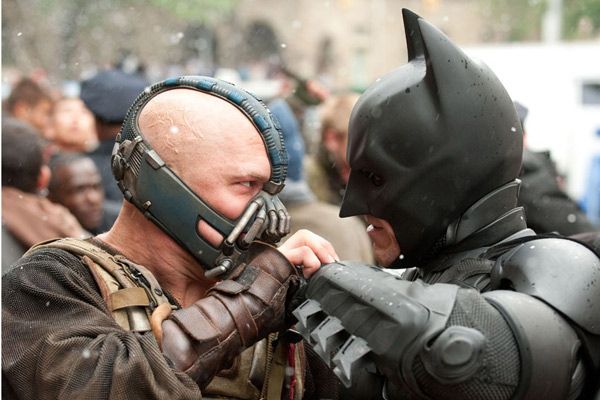 Ahhhhh! The Dark Knight Rises is in theaters in less than 36 hours! So who’s been driven the most insane by this impending supernova-esque event?

Continuing a long, proud tradition of saying crazy shit, Rush Limbaugh is now claiming that Bane, the TDKR villain played by Tom Hardy, is so named as a swipe at Mitt Romney. Limbaugh: “This movie, the audience is going to be huge, [a] lot of people are going to see the movie. And it’s a lot of brain-dead people, entertainment, the pop culture crowd … And they’re going to hear ‘Bane’ in the movie, and they are going to associate Bain [Capital, Romney’s contentious former company]. And the thought is that when they start paying attention to the campaign later in the year, and Obama and the Democrats keep talking about Bain, not Bain Capital, but Bain, Romney and Bain, that these people will think back to the Batman movie.” Sure, but Bane is a character from the comics, and has been around since 1993, and so probably was not dreamed up by Christopher Nolan to take shots at Republicans. And, like, if Nolan really wanted to sway an electorate with the power of his movie magic, wouldn’t he have just named his bad guy “Mitt Romney”? Then you’d have millions of “brain dead pop culture people” standing in a voting booth being all like, “Well, you know, I would vote for Mitt Romney, his fiscal policy is sound and his health care plan is much more logical than Obama’s, but then again he tried to kill Batman.”

In an unprecedented move, Rotten Tomatoes shut down commenting on TDKR after legions of fanboys attacked reviewers who’d written negatively about the movie. Poor Marshall Fine, of the site Hollywood & Fine, got it particularly bad: One commenter asked him to “die in a fire”; another suggested beating him “with a thick rubber hose into a coma.” This has already been pointed out, but must be pointed out again, and maybe even a few more times after this: The people doling out these death threats have, presumably, not yet seen the movie. Remarkable.

Clearly, we can all agree, the only logical explanation to this crazy mid-summer East Coast weather is that God Himself is so freakin’ puuuuuuuuumped for The Dark Knight Rises.

Pretty Little Liars Season 3, Episode 6: 'The Remains of the 'A''