Where’s Walter? Why ‘The Secret Life of Walter Mitty’ Disappeared Without a Trace 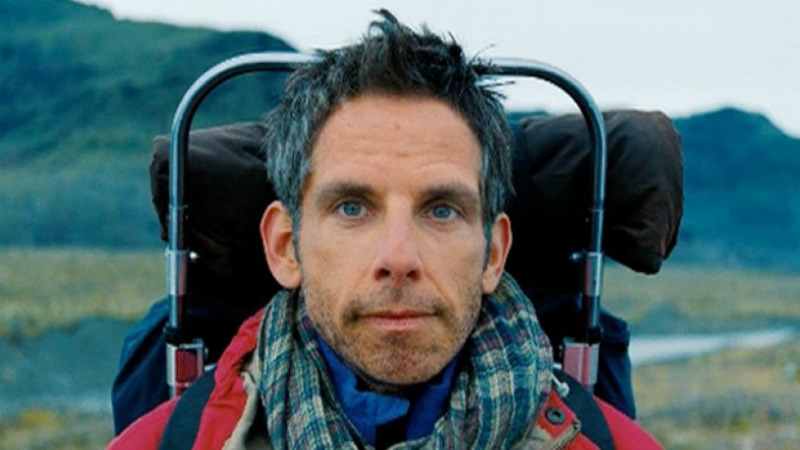 You think Hollywood would learn its lesson already: Beware the New Yorker bearing gifts. It’s not that the armchair intellectuals’ handbook (which I admit I read too religiously) publishes takedown pieces per se. There just seems to be some careful-what-you-wish-for voodoo aimed at Tinseltonians who get the lavish profile of their dreams. Sure, William Morris’s ex-president David Wirtschafter self-immolated with too much candor in his; but poor Anna Faris got called “Hollywood’s most original comic actress” only for her fame vehicle, What’s Your Number?, to bomb at the box office. Nikki Finke was the subject of an obsessively read profile and now she’s gone from the website she built into an empire. It makes you worry for Bryan Cranston after his post–Breaking Bad piece. Yes, it’s probably just that jejune concerns such as popularity and fame cycles have peaked by the time they breach that august publication’s ivory walls. But it’s so much more fun to believe in curses!

The latest victim would appear to be none other than box office printing press Ben Stiller. Over a year ago, Tad Friend gave a swelling behind-the-scenes assessment of Stiller’s passion project The Secret Life of Walter Mitty that all but wrote across the sky Shia-style Stiller’s awards-season hopes. (Which, let’s be honest, isn’t news to anyone who remembers that Oscar scene from Tropic Thunder.) This Christmas Mitty came, but it didn’t conquer. Moneywise, it’s earned about $150 million in worldwide box office, though that’s meter change considering Stiller’s box office record, which Friend so breathlessly pointed out. Also, with a budget of $90 million and another huge chunk for advertising, Mitty’s just some midlevel romantic comedy; it’s barely keeping its nose above water profitwise. No, Mitty belongs to a category of movie that’s kind of an endangered species: the high-end feel-good film with a point to make. It’s neither so gargantuan it beats us into submission nor so small and edgy it has permission to have artistic ambitions.

Even more ego-bruising, after initial Oscar speculation, Mitty has posted big fat doughnuts despite all the generously doled-out accolades of a never-ending awards season — well, technically it still has a shot at a prize from the Costume Designers Guild, but Stiller won’t exactly be burning up their red carpet. Considering there’s a televised awards show for every letter of the alphabet these days, that’s got to hurt. It would be easy to look at its mixed reviews and dismiss Mitty as just not up to snuff. But if great reviews equaled awards, Oscar bloggers would have nothing to write about. And I’ll go out on my own personal limb: As far as star-driven prestige projects go, Mitty isn’t really bad. Certainly no worse than some films that not only get nominated, but win Oscars. (Despite our collective bloodlust for Oscar-bashing, those films shall remain nameless; have fun filling in the blanks yourself!) Even the negative reviews give Mitty credit for artistic ambition. The worst reviews are more of the “meh” variety.

But maybe that’s the point: These days, “meh” is almost as bad as failure — possibly even worse. True box office bombs attract an aura of spectacle to them. They’re like the 100-year-flood whose horror is so vast it almost absolves any one A-lister involved: No one blames Johnny Depp for The Lone Ranger, he was just swept up in the train wreck. But for a star like Stiller, who put his public persona on the line for Mitty, “meh” can be dangerously sticky — especially if you don’t get consolation trophies. Take another prestige film based on a classic short story, Benjamin Button. That movie cost way more, and Mitty will probably turn more of a profit. But Button met its Oscar quota. So there’s no blame to be had there. Who or what is to blame for Mitty? The cluttered, uninspired poster? Hey, it’s worked for a lot of other Ben Stiller films! The trailer? If you cut a bad trailer the Internet will let you know, but the first teaser actually seemed to hit. (In fact, the single accolade Mitty has actually won was a Key Art award for its trailer.) Maybe it’s just that funny men aren’t allowed to be earnest: Tell that to Oscar winner Robin Williams or Golden Globe golden boy Jim Carrey — the fall from fanboy grace comes after you get your merit badge.

I mean, no one’s losing any sleep over Stiller’s kudos count, but I’d argue that these borderline cases — the near misses, anonymous films that pass in the night — tell you more about the moviegoing zeitgeist than clear successes or spectacular failures. Those are the outliers who buck the trend but don’t necessarily tell us what movies are delivering these days. They’re not the ones cutting people their average paychecks (especially not specialty-division produced Oscar bait). What does Mitty tell us? Perhaps that movies come in two flavors these days: either ICBMs assembled from pre-existing franchises and eyeball-bleeding digital FX, or gritty, eccentric art films with indie-slumming A-listers — and nothing in between. These days, “tweener” is executive talk for a film idea that’s neither obvious enough to be a commercial gut-bomb nor specialized enough to be an art house darling. Forrest Gumps are a thing of the past. And trying to be the next Forrest Gump, a crowd-pleaser with aesthetic ambitions, like Mitty clearly aspired to, can be a dangerous economic proposition. You can get way too much money to blow up the universe, or barely enough to make an artistic statement.

In short, just like America itself, there’s no room for average anymore, just spectacular success, rubbernecking failures, and anonymous obsolescence. You either eat at McDonald’s or the corner farm-to-table quinoa boutique. We no longer just want to see a movie this weekend; we want to see the movie this weekend, if we go to the movies at all. And those movies that aren’t foreordained successes — that don’t have the buzz of success wafting off them from way down the pipeline — well, they’ll get pushed down into the Netflix/VOD moshpit, left to fight for their lives with everyone else. Given its box office take, Walter Mitty has narrowly escaped that fate, according to Anne Thompson’s scorecard. But Hollywood green-lights based on what went before, and without even a SAGgie as consolation prize, Mitty will be held up as the reason to say “no” to any idea that looks remotely like it. So, take a good look. The Secret Life of Walter Mitty might be the last of a dying breed.

Video on Demand Report: Catch Up With Your Most Passionately Defended Oscar Snubs