What’s With All These Open Letters? 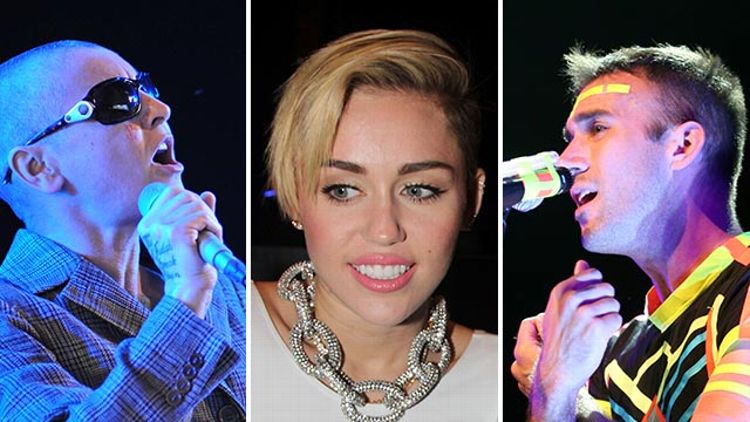 It was a chilly fall evening in Toluca Lake, and the air of Miley Cyrus’s mansion was perfumed by a lump of wasabi in an empty sushi container. Miley reclined against the torso of a warm, cozy bear-person and reached into her giant mailbag. She removed an envelope from Sufjan Stevens, received a grammar lesson, then read the final passage aloud: “Girl, you work it like Mike Tyson. Miley, I love you because you’re the Queen, grammatically and anatomically speaking. And you’re the hottest cake in the pan. Don’t ever grow old. Live brightly before your fire fades into total darkness. XXOO Sufjan.” There was peace in the San Fernando Valley that night, because finally someone had written the open letter to Miley Cyrus that should end all future unanswered correspondence. She, like the recipients of open letters that preceded her, had read plenty of complaints about her behavior and had received harshly administered advice. Many had expressed serious concern for her well-being and her future, but this was the first to correct her verb use and call her a hotcake in the same paragraph.

Open letters are appealing for debating high-stakes issues because it’s nice to argue with someone at length without them physically present and able to interrupt you. Braver than sub-tweets and more eyeball-catching than regular old blog posts, they’re highly confrontational, and because they’re posted publicly, they demand an equally confrontational response from their target or a larger audience. Sinead O’Connor continues to fire off missives to Miley that have gained her plenty of responses, many of them supportive and positive, but the real hallmark of an open letter is that it can’t become chain mail. It has to be powerful enough to stand on its own (even when addressing a toddler or a larva burrowed in one’s butt). An open letter demands to be signed with a mic drop.

The problem with O’Connor’s Miley-mail is that you can hear her fingers tapping on the coffee table as she waits for a reply. You can’t do that with an open letter; you have to save it for a regular letter, otherwise known as an e-mail. It’s the same challenge faced by companies that, like Miley, were met with a barrage of critical open letters in the wake of scandal: In a particularly effective letter to Guido Barilla (of Barilla pasta), who had stated that he refused to show same-sex couples in company advertisements, Casey Carey-Brown asked him to keep his prejudices to himself. Barilla responded with an apology after the company was flooded with angry comments and petitions, but Carey-Brown had the final word. Her letter wasn’t really intended for Barilla. It was intended for everyone else.

The distinction between public and private communication is now so blurry that there’s nothing left to do but to start doing jazz improvisations on them, Sufjan style. It’s like being in an echo chamber, waiting for responses and thoughts to your own responses and thoughts. In the most recent edition of Miranda July’s e-mail blast We Think Alone — which copypastas private e-mails from July’s buddies (among them: Kareem Abdul-Jabbar, Lena Dunham, and Kirsten Dunst) and delivers them to subscriber’s inboxes based loosely around a weekly theme — photographer Catherine Opie included a message she sent in 2008 that is so intimate and cryptic (“I have gone through all the e-mails you have written me since we have started corresponding and it just doesn’t all add up with the research I have done on who you are”) that it achieved high drama even though there was no way to know what the hell she was talking about (or whom she was talking to). We Think Alone takes private letters and dresses them up in open letter costumes: When we write, it no longer seems like we’re only addressing the recipient, especially when one of the parties is a recognizable figure (even hand-writing them doesn’t make them seem more intimate). Sufjan taught us all the difference between “laying” and “lying” (save “laying” for when you’re “laying [your] tired booty down”) and the present perfect continuous tense as it relates to both grammar and the highest peaks of celebrity, but he also showed us just how creepy we were now in this time in which it seems like everyone has written a letter to Miley.