What Kind of Stuff Should KITT Be Able to Do in This New ‘Knight Rider’ Reboot? 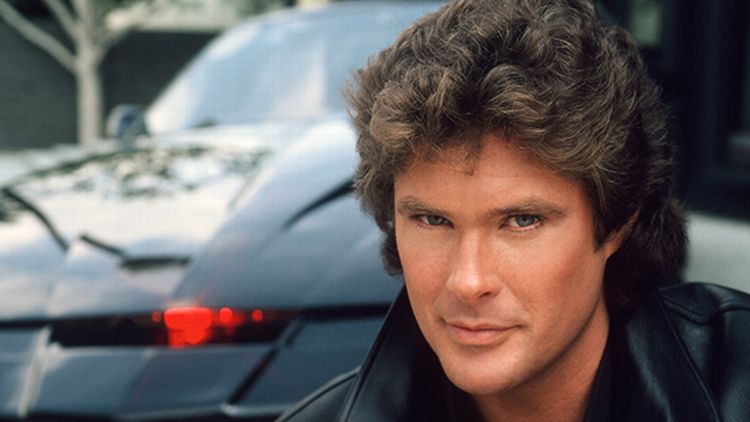 The L.A. Times reports that a feature adaptation of Knight Rider is, after much innuendo, finally popping off. Word is the Weinstein Co. has hired writer/director Brad Copeland to churn out a draft of the screenplay, for a glitzy kind of action-comedy that might, with the right moves, tap into some of that apparently bottomless Fast and the Furious–demographic well.

Copeland wrote Wild Hogs and … hey! Wait! Where are you going?! He also wrote on Grounded for Life and original, not-rereleased Arrested Development, and he’s got his directorial debut, Coffee Town — which stars Dennis Reynolds, Jean-Ralphio, Stevie Janowski, Tyra Collette, and Josh Groban — coming soon, all of which, hopefully, better speak to his bona fides. He’ll be tasked with doing better than the 2008 NBC reboot, which only lasted 17 episodes.

Now, as the Times points out, “The question for Copeland is how to craft a new car (the show’s KITT was renowned for its ability to talk) in an era when much of what KITT could do can be handled by Siri or a garden-variety iPhone.” So, what would you like to see new KITT do? Perhaps it’d be able to not only talk, but sing, in perfect imitation of any popular vocalist, male or female, of the last 40 years? And maybe cook, too, to the point where a subplot in this new Knight Rider movie is that KITT makes it to the third round on Chopped? And while we’re at it: Walk on its hind wheels? I think we’d all be OK with seeing KITT walk on its hind wheels.