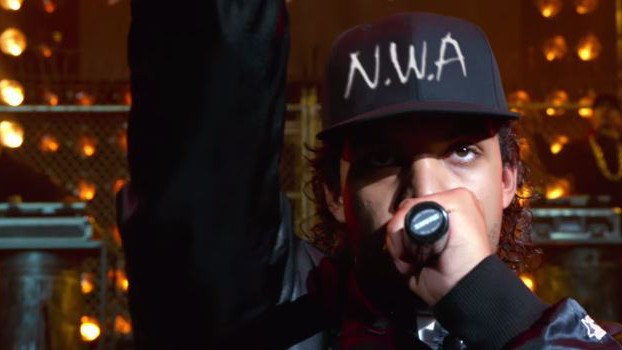 We technically have until Labor Day, but you can already feel the heat abating, and if the weekend box office is any indicator, summer’s all but over in Tinseltown. It’s to be expected: The last couple of weeks in August typically finish the blockbuster season out with a whimper, not a bang. Predictably, domestic revenue was down 6 percent over last year1 as everyone got current on whatever’s left to catch up on. Which is to say: Straight Outta Compton. It was a tough time to be a new release. Yes, this week’s award for ignominy is a collective one; the weekend’s biggest loser was …

Loser: The New Kids on the Block

It was a rough weekend not to be a zeitgeist-tapping, water-cooler film: Despite a smattering of new R-rated offerings, nothing stuck. The best of the worst turned out to be Sinister 2, from producer/money-electromagnet Jason Blum, which debuted to $10.6 million for no. 3. Sadly, that’s short of the $14 million the experts had predicted based on tracking, and a rare mini-stumble for the Great and Powerful Blum. However, the little producer who could (and does, over and over) always limits his exposure, and the second Sinister was no exception. Despite the original’s nearly $78 million worldwide haul, Blum kept the sequel’s budget below $10 million, so even if Bughuul’s snuff films start ending up on VOD, no one’s losing their shirt here.

The ones who should be afraid of the financial bogeyman are those behind Hitman: Agent 47 and American Ultra. At first glance, Ultra appears to have fallen flattest on its face. At $5.5 million, the Bourne-Does-a-Bong-Hit action comedy missed the already incredibly low bar of its $9 million projections by a mile. Luckily, Lionsgate paid only $7 million to acquire the film, so, like the inestimable Mr. Blum, it’ll survive. On the other hand, Fox’s $35 million Hitman reboot truly got whacked: Agent 47 scored $8.2 million, below even the very modest $11 million projections. That’s well short of the original’s $13.1 million opening, and we shouldn’t be surprised if Fox takes this would-be franchise’s corpse and quietly dumps it out in the Pine Barrens.

While deciphering the box office occasionally gets as murky as a palm reading, this one’s pretty simple: Indifferently marketed films battling R ratings and bad reviews have a hard time keeping their heads above water in August when everyone’s back in school or squeezing in one last summer-night party. Besides, if you were going to see anything, the last few days of summer are best suited for playing catch-up, which meant all the money went to …

Straight Outta Compton remained the film of the moment despite the controversy over how it turns a blind eye toward the group’s treatment of women. Compton easily cleared the $100 million bar in its second weekend, adding $26.8 million for a domestic total of $111.5 million.2 Still, even this late-summer hit dropped a little harder than the experts might have hoped: 56 percent, another victim of those August dog days. But that’s a better hold than 8 Mile and Notorious, and Straight Outta Compton’s just days away from passing Walk the Line as the highest-grossing musical biopic of all time. Also, as Forbes points out, if it can hit the $157 million bar of Scary Movie, Compton will become the biggest-grossing film ever by a black filmmaker. Honestly, with no real competition for the rest of the summer, how much longer Compton can ride the box office gravy train is anybody’s guess.

However, this weekend’s biggest lesson might be to never turn your back on a T-800. Despite being left for the scrapyard in North America, Terminator: Genisys shot a mangled, titanium claw out from beyond the grave to grab China by the neck and wring fistfuls of (devalued) renminbi out of its collective pockets. Even though it couldn’t break $90 million at the domestic box office, on Sunday Genisys just had the fourth-biggest opening day in Chinese box office history, with $27.4 million — debuting even better there than this summer’s raging Indominus rex Jurassic World. That chunk of Chinese cash partly results from the government lifting its blackout on U.S.-made films: Chinese audiences were clearly hankering for some good old-fashioned American junk food, and Terminator fit the bill. But still, while we here in the States had long forgotten about it, the rest of the world was pushing Ahnold’s return to cybernetic form to a $353.1 million global haul. That’s incredible in a way: Genisys might hit $400 million worldwide while not even clearing $100 million here, providing further evidence of how studios are making movies for the whole world now — and including more and more Asian stars into their most important blockbusters. While Genisys isn’t a hit quite yet, it might still justify the pre-slated sequel that Paramount had set for 2017. And if it does, Arnold will be … well, you know.

Prestige season can’t come soon enough for the art house. It’s been a brutal summer for smaller movies, with few of the buzziest films from Sundance doing much business other than the David Foster Wallace biopic The End of the Tour. Thankfully, Lily Tomlin came to the partial rescue this weekend with Grandma, as Paul Weitz’s latest film put together $120,856 in four theaters for a healthy per-theater average of $30,214, thanks to Sony Pictures Classics’s expertise in marketing small movies to older audiences. The fumes of Tomlin’s sarcastic smile will have to keep the battered jalopy that is indie cinema running until we hit the glitzed-up gas stations that are Venice, Telluride, and Toronto.

Q&A: Nima Nourizadeh and Max Landis on ‘American Ultra,’ the State of Hollywood, Josh Trank, and Their ‘Lethal Weapon 5’ Pitch