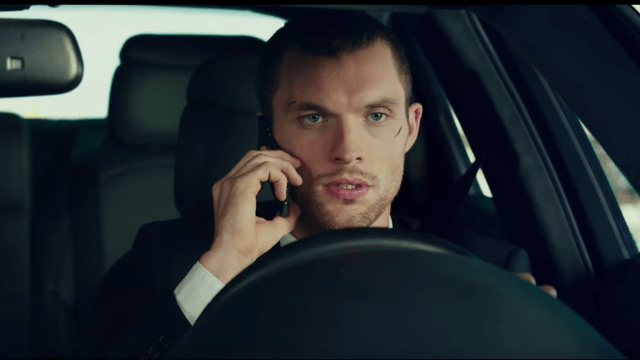 And that’s a wrap, folks. Hollywood coasted to summer’s finish line with a predictably dull Labor Day weekend closing the cash-spigots on Tinseltown’s megabudget money fountains. By now those spigots aren’t so much spewing as imperceptibly trickling while we wait for prestige season to begin. But, even though this Labor Day wasn’t ever going to break that trend, the weekend box office actually showed a 30.3 percent rise against last year; of course, the same weekend last year was the worst in close to a decade, a dismal tombstone to 2014’s flatlined ambitions. But hey, progress!

Besides, we should hope the boys from Compton and the Prayer Brigade could best The Identical’s notorious double-Elvis allegory. And while an extra-anemic August has bled off the summer’s earlier box office largesse, Hollywood’s still pulling a 5 percent box office pay raise. Yeah, you could point out that nearly 3 million fewer tickets were bought this year and start freaking out over how that could happen in the summer of Avengers: Age of Ultron and Jurassic World. But it’s the last weekend of summer: Let’s live in oblivion a little longer and hand out some awards!

The biggest surprise in a notably unsurprising weekend might be that N.W.A’s reign at the top of the box office charts finally came to an end. And all it took was a little divine intervention: The Kendrick brothers’ faith-based pray-a-thon War Room already notched a win with a stellar opening last weekend and leapfrogged Straight Outta Compton over Labor Day to snatch the no. 1 spot with $9.4 million for the weekend and an expected $12.3 million including the holiday. With a $24.7 million total gross, War Room already more than earned back its micro $3 million budget and minuscule marketing costs, so this is all gravy for Sony Pictures. Even if Sony’s had an otherwise execrable summer, it’s developing a knack for this faith-based fare, with War Room’s blooming success coming on the heels of last year’s Heaven Is for Real. And while Dr. Dre probably would’ve loved to hand Universal its second film of the year to reign supreme for four weekends, don’t feel too bad for him: Straight Outta Compton should pass $150 million at the domestic box office sometime today.

You could take it as a sign of the End of Days that a Transporter film got its Audi handed to it by a film whose biggest set piece involves praying in the closet; or you could just admit that Jason Statham’s shoes are harder to fill than movie execs might hope. Ed Skrein — the other Daario — could conquer Yunkai on Game of Thrones, but he couldn’t keep The Transporter: Refueled from blowing out its tires. The reboot of Luc Besson’s Fast and the Euro-Furious action series sputtered to $7.1 million for the weekend (and a projected $8.7 million for the four-day holiday) in 3,434 theaters — including IMAX. So even with the premium ticket surcharge, The Transporter couldn’t break $2,600 per theater. Given the 17 percent Tomatometer, Refueled’s crash wasn’t a surprise — and the $30 million budget isn’t going to bankrupt Besson’s EuropaCorp, especially since the film has already earned $10 million abroad. If anything, it’s just another object lesson in the value of letting your cinematic property lie fallow between (endless) reboots.

With the kids back in school, the grandparents can come out to play. Far more embarrassing for The Transporter is getting lapped by a pair of Appalachian AARP-onauts. The film adaptation of Bill Bryson’s memoir A Walk in the Woods, starring Robert Redford and a burlap sack of stale potatoes named Nick Nolte, surprised in the no. 3 spot with $8.1 million/$10.2 million at the domestic box office over the holiday weekend, with a $12.1 million total since it opened Wednesday. Yes, there’s no surer sign that summer’s over than when testosterone-addled males under 25 cede the box office to the senior set. And on a modest $8 million budget with little competition for the next few weekends, A Walk in the Woods counts as a solid home run for new kid on the block Broad Green Pictures (whose out-of-pocket acquisition cost was $10 million including marketing). So that makes the movie one of the few unqualified financial successes from this year’s Sundance festival in an otherwise challenging summer for indie film.

Rounding out the theme of the weekend — marketing to underserved audiences — Lionsgate’s Spanish-language partner Pantelion scored another hit en español with beloved Mexican animated film Un Gallo con Muchos Huevos, plucking a cool $3.4 million ($4.4 million including Monday) from fewer than 400 theaters. Among the many reasons to admire this movie’s success, aside from its title,1 is that it turns cockfighting into a PG-13 kiddie film. Now, that take ain’t Avengers money,2 but it’s a sensible investment, and coming off hits like Cantinflas and Instructions Not Included, Pantelion has clearly figured out a successful formula catering to Spanish-language audiences here in the States.

It just wouldn’t feel right to close out the season without letting this year’s wonder kid have the last word. Universal Pictures put the record books through the shredder this summer: Its films alone made up over a quarter of the summer domestic box office. So it seems appropriate that they’d set one more milestone over the holiday. Jurassic World opened in Japan this month, passing $1 billion in international box office — only the fourth film to do that after Avatar, Titanic, and Furious 7. That means Universal has amassed $6 billion in worldwide box office as of this weekend, a feat no studio has even come close to in a year, let alone eight months. And with Danny Boyle’s Steve Jobs getting raves out of Telluride, Universal’s runaway freight train of success should keep barreling ahead through awards season. Unbelievable. At this point, you couldn’t blame chairwoman Donna Langley if she got “2015 4EVER” tattooed on her knuckles.

Songs of the Week: Young Jeezy, Leon Bridges, and the Significance of Scarface