Songs of the Week: Young Jeezy, Leon Bridges, and the Significance of Scarface 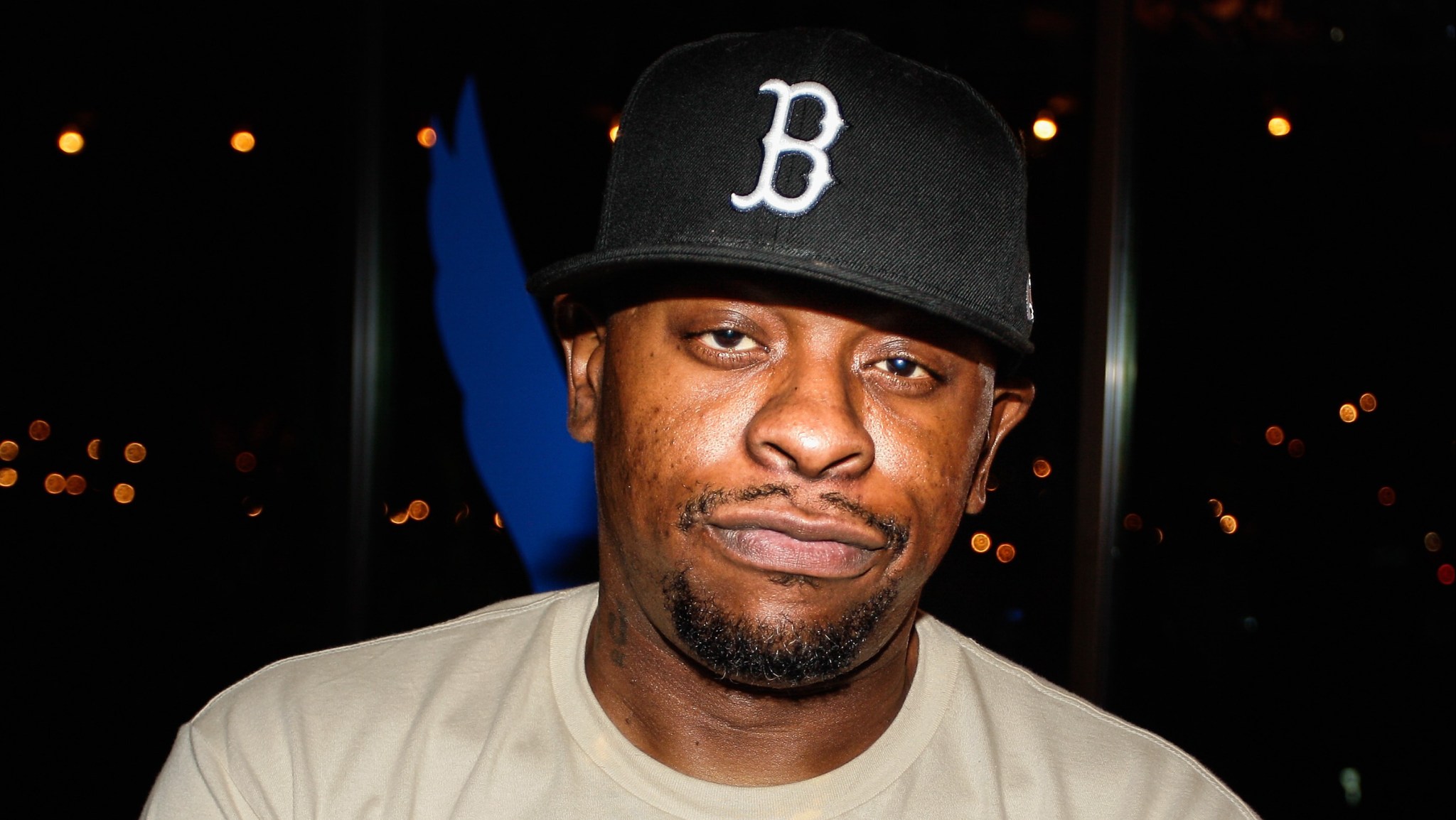 Nicholas Fraser, “Why You Always Lying”

The best song of the summer, truly.

There are probably some questions you have. Questions like, Who is this guy? and, Why did he make this song? and, Why is there a toilet in his backyard? and on and on. But the answers don’t matter. They rarely ever do with ultra-geniuses. I mean, I can tell you what he said when he was asked to answer them (he’s just a guy; he made it because he was listening to Pandora one night and Next’s “Too Close” came on and he thought it’d be funny to change the words; he was remodeling his bathroom and put a new toilet in and set the old one in the backyard and forgot about it), and you might think you understand his answers or that you “get” them. But you don’t actually. Just like I don’t actually. Because Nicholas Fraser, same as Albert Einstein and Prince before him, does not live on the same planet that you and I do. He says our words, our English words in the English language that we know and are familiar with, but they don’t have our meanings. It’s selfish of you to assume they would. Why are you assuming? Why are you always assuming? Mmmmmmmmohmygod, stop assuming.

This is from Clark’s new album, The Story of Sonny Boy Slim. It’s very good, although you were probably able to guess that because he’s Gary Clark Jr. I am so excited about giving him my money and also my virginity, too, if he’ll allow it.

Cousin Stizz is a rapper from Boston. If you know him, it’s because (a) he is your actual cousin, or (b) you saw a short video of Drake dancing to one of his songs posted to Instagram last year. “No Explanation” is from his very lush, very incredible tape Suffolk County, which came out earlier this summer and is a thing I am all the way in love with. I listen to County in full, no joke, at least three times a day. There isn’t a single song on it that’s bad; there are only songs that are even greater than other great songs. When he raps, his words just sort of crawl over his barely opened teeth, generally only half-pronounced and rarely ever concerned enough to do anything more than fade into the atmosphere. I love it. Listening to him when he’s all the way in his mode, like he is here on “No Explanation,” feels like you’re sitting at a table in outer space, except that table ain’t a table, it’s actually a cloud made of goop. If that doesn’t make sense then it’s only because you haven’t listened to “No Explanation” while you’re sitting in the dark alone late at night. Cousin Stizz’s whole entire everything feels effortless, and I can’t think of a more impressive thing than making something so textured and gradient seem effortless.

When I was a kid, it used to make me crazy when my parents would listen to norteño music.1 I thought it was too crowded and too bombastic and too goofy, all those men on stage dressed in the same outfit playing accordions and blowing into bottles or whatever.

No way, I said. Not a chance, I said. Not me, I said. NEVER me, I said. It’s music for aged Mexican men and women, I argued. And I guess I was at least 20 percent right, because now that I am an aged Mexican it has snuck its way into my playlists. I don’t think I’ve gone more than 20 hours since I turned 30 without saying something close to, “You know what would be great right now? La Tropa F.” I feel it in my body when it comes on now, when it’s playing at whatever taqueria I happen to be standing in at lunchtime or whatever carnicería I happen to have to go to to pick up something for dinner. I hear it playing and I feel my white blood cells and my red blood cells turning into brown blood cells and they’re all wearing cowboy hats and trying to figure out who has the most staid mustache.

When I drive somewhere with my sons, I almost always listen to it. And I can hear them in the backseat, snickering or sighing or sometimes both if they’re feeling especially contentious. “Can we listen to something else, Daddy,” one of them will say. And it makes me smile. I can’t wait to sit in the backyard with them in 22 years and listen to them try to explain how they’ve inexplicably started listening to old Tierra Cali albums.

This one song is better than anything on Rick Ross’s new mixtape, Black Dollar, and I couldn’t be happier about it because Rick Ross stole Young Jeezy’s career right out from under his feet in 2006.

There’s this new tape going around right now where some people took songs from Bridges’s Coming Home album and mushed them together with old Houston rap songs. That’s a fun idea, I’m happy that people took the time do that. You can download it here. The best one on there is the re-do of “Shine,” which got fused to the skeleton of UGK’s “One Day,” although maybe that’s not so surprising because everything is better when you add UGK’s “One Day” to it.

In 2008, I watched my grandmother get eaten alive by cancer. It took six months, the whole thing; six months for one of the two strongest women I’d ever known to wither away into a whisper, into a wheeze, into a gasp, into a memory. For those last few weeks, she carried this cup around wherever she went. Whenever I sit still long enough to be forced to reckon with her passing, I always think about that cup. It was for the vomit. Because in those last couple of weeks, the only thing she had enough energy to do was vomit. She couldn’t eat. She couldn’t drink. She couldn’t sleep. She couldn’t do anything. Except vomit. I hated that cup. I hated that cup so fucking much.

Several months after the funeral, I found myself in the waiting room of a urologist. I’d known that I’d had a small lump on each of my testicles since high school, but I’d mostly done a very good job of ignoring them entirely. After seeing the way her body cannibalized itself, though, I felt an unignorable urge to get them checked, if not for myself, then for my wife and my then-2-year-old twin sons. I don’t want to talk a lot about what I was thinking at the time or what I was feeling, but just know that very little of it was good or helpful. I was angry a lot. I was mean to strangers and I was meaner to people who knew me and I was meanest to the people who loved me. I actively sought out confrontations with people, and I suppose I still do that now, but it’s different, or at least it feels different, which is close enough. Man, I don’t know. Maybe I’m still not over it. I feel like I am, but maybe I’m not. Maybe I’m still mad that she died the way she died. I had a dream about a year ago that she was still alive. It felt so real. I walked into my living room and she was sitting on the couch just looking at me how she used to look at me and I felt the world drop out from under my feet. I cried so hard in the dream that I woke myself up. I wasn’t crying in real life, though. I haven’t cried once since she died. I’ve tried to allow myself to, but nothing happens. That’s a true thing. It might be a weird thing but it’s definitely a true thing.

But back to Scarface: He’s who I was listening to when I was in that urologist’s office. His music had just shuffled on by accident when I was on my way there, and so I just clicked over to the album and let it play for the duration of the visit. I had one earbud in and one earbud out. I remember sitting there with the doctor and explaining the situation and I never took that one earbud out. He never asked me to, either. I don’t imagine I would have if he had, but he didn’t, so it didn’t matter. He barely even looked at me. He just flipped through some papers while words fell out of my mouth.

I hope his new album is very good. This song here, “Mental Exorcism,” is from it and it’s good. Scarface has always sounded like a very old mountain of a human, and that’s of course a compliment. It’s like he was privy to a plane of existence that most others weren’t, or aren’t, like he was delivering scripture straight from the source. He looks like it now, too. He looks old and weathered and storied, and I know it doesn’t seem like it, but that’s a compliment. Because it makes all the stuff he’s saying sound even more profound, even more powerful. Watch him in the video. Watch him absorb the terrible things that have happened to black people over the past few years. Watch him talk about them. Watch him process them. Watch him break. The way he looks matches the way he raps now. And it makes it better, somehow.

'Star Wars: Aftermath' Author Chuck Wendig on Building the Bridge Between 'Jedi' and 'The Force Awakens' With His Universe-Rebooting Novel