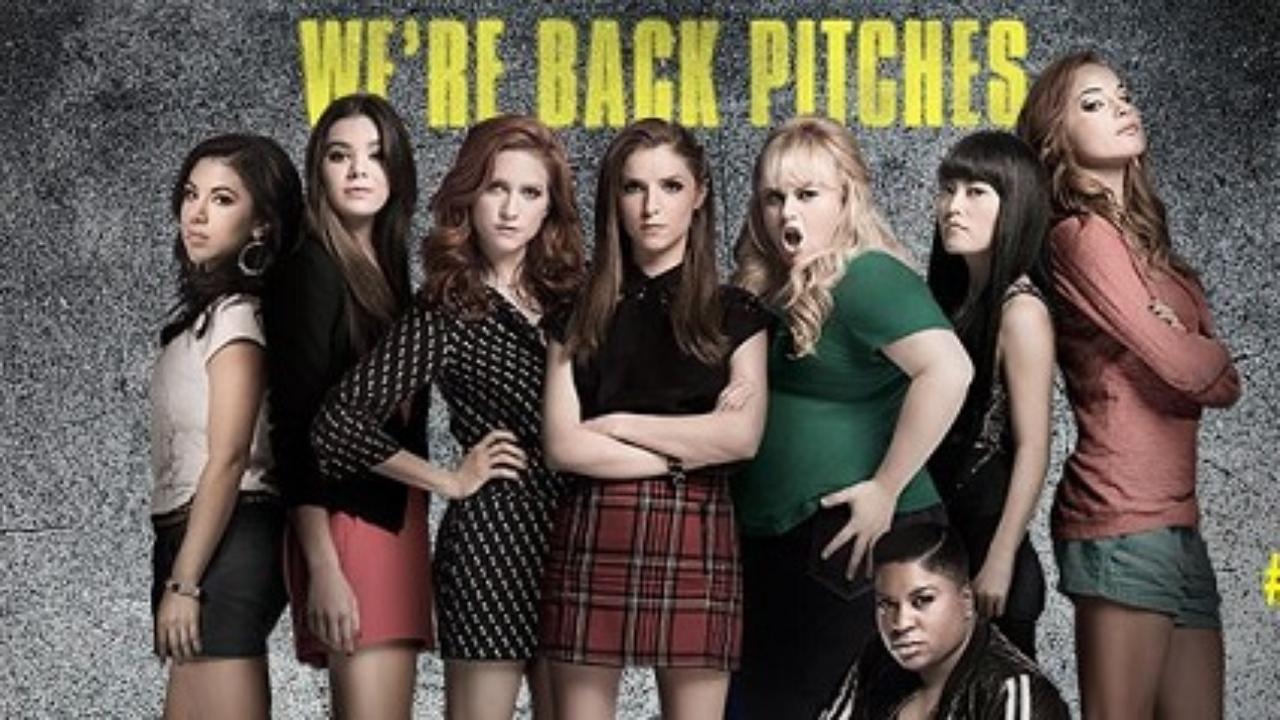 Immortan Hollywood, meet Fat Amy. She’s the one who just a ca-kicked your ass. Yep, it was a woman’s world at the box office this weekend as male action heroes everywhere made for unwitting hood ornaments and let the ladies burn rubber in the driver’s seat. But even if Anna Kendrick and the Barden Bellas turned Mad Max into road-warrior-kill, strong films all around — versus, say, one all-dominating blockbuster forcing us to offer up our paychecks in abject supplication — meant the domestic box office spiked 4 percent over last year. That’s no mean feat considering 2014 saw Godzilla stomp out S.F. to the tune of $93.2 million. And the clear leader of this box office revolution?

When you realize that “Cups,” Anna Kendrick’s music video for the first Pitch Perfect, has over 200,000,000 views, maybe Pitch Perfect 2’s box office bonanza shouldn’t come as that big of a surprise. Still, most pundits were caught exponentially off guard: Expectations had Pitch Perfect 2 pegged for a neck-and-neck battle with Mad Max: Fury Road for first place with twin $40 million–plus openings. Instead, Kendrick and the Barden Bellas just landed in the record books with an unprecedented $70.3 million opening, ruthlessly beating down Mad Max and Avengers: Age of Ultron to take their rightful place atop the box office dog pile with the largest ever domestic opening for a musical. Even more impressively: With a 75 percent female audience, this was a girl-powered grand slam. Coming on top of previous femme fatale hits this year in Cinderella and Fifty Shades of Grey, even the retrograde male film execs at Cannes have realized that making female-driven movies might be more profitable than reheated fanboy fare.

That $70.3 million is worthy of a mic drop in so many ways: Not only is that multiple horse lengths above previous record-holder High School Musical 3’s $42 million opening, Pitch Perfect 2 made more money in one weekend than the original made in its entire domestic run ($65 million). And Pitch Perfect 2 has already made $108.4 million worldwide; in just one weekend, it’s earned almost as much as Pitch Perfect’s $115 million worldwide total. When asked if this meant threequel, Universal’s Nick Carpou quipped, “Yes. How’s that for being subtle?” And if you don’t speak studio-exec-ese, that roughly translates to this: “You kidding? We’re the same guys who brought you Furious 7. Pick a number, then double it. That’s how many more of these suckers we’re making. And don’t forget a theme park ride, TV series, YouTube vertical, Vine stream, Broadway. We’re going full Marvel here. Get ready for Pitch Perfect: Civil War in the summer of 2019.”

And not to be lost in all the pre-hatched egg counting is Elizabeth Banks’s shooting directorial star. Not only does this mark the second-highest opening for a female-directed film — after Sam Taylor-Johnson for Fifty Shades of Grey — it’s the best opening weekend for a first-time director of any gender. And finally, the kicker: Pitch Perfect 2 cost $29 million to produce. This film is so instantly/insanely profitable, Universal may actually have to do the most unthinkable thing of all: pay out back-end.

Poor Charlize. She steals the show in one of the most testosterone-soaked franchises of all time — well, maybe before this surprisingly feminist installment — and a college a cappella group’s haul is all anyone wants to talk about. Even if Imperator Furiosa couldn’t keep up with the Bellas’ sick beats, Mad Max: Fury Road still kept it chrome in second place with $44 million at the North American box office. That’s in line with expectations, but the temptation is to anxiously wonder if Fury Road is this year’s Edge of Tomorrow, i.e., a critically acclaimed but underperforming blockbuster that struggles to earn back its mammoth budget. (At somewhere between $150 million and $190 million — who’s counting when you’re melting custom-designed muscle cars like so many of your cousin’s Hot Wheels? — Fury Road is one expensive film.)

But Fury Road has already made about $109.4 million worldwide and boasts an incredible, and well-deserved, 98 percent on the ol’ Tomatometer. So it’s got a good chance of catching on as word trickles down from cine-nerds to the general populace. And dropping the facade of objectivity here, it is a pretty singular, mind-blowing experience. I mean, how many automotive extravaganzas invite Eve Ensler on set as a consultant? Don’t just take my word for it! So what we have here is a test case: How much are killer reviews and cultural cache worth? We say we want something original, breathtaking, and unlike anything else out there, but do we really mean it? If you build the most perfect, post-punk, postapocalyptic car chase sequence ever, will they truly come? Or are we doomed to grovel forever in fawning obeisance to crazed, cancer-ridden despots who keep us from daring to dream of a better world?

Says Ultron: Hey gang! Guess what? I passed $1 billion at the worldwide box office this weekend! Actually, $1.1 billion to be precise. I’m already the eighth-highest-grossing film of all time. And I made $156.3 million in China. That’s the second best opening there ever! (After Furious 7, but let’s move on.) Actually, I made another $38.8 million in America for $372 million here — so I’m the top grossing domestic film of 2015. I’ve made more money than Furious 7 and American Sniper! Isn’t that cool? Guys? Guys! Hey, are you paying attention?

Anatomy of the Car Chase: A History of Crash and Bang, From ‘The French Connection’ to ‘Mad Max: Fury Road’