Weekend Box Office Winners & Losers: Another Race Across the Finish Line With ‘Furious 7’ 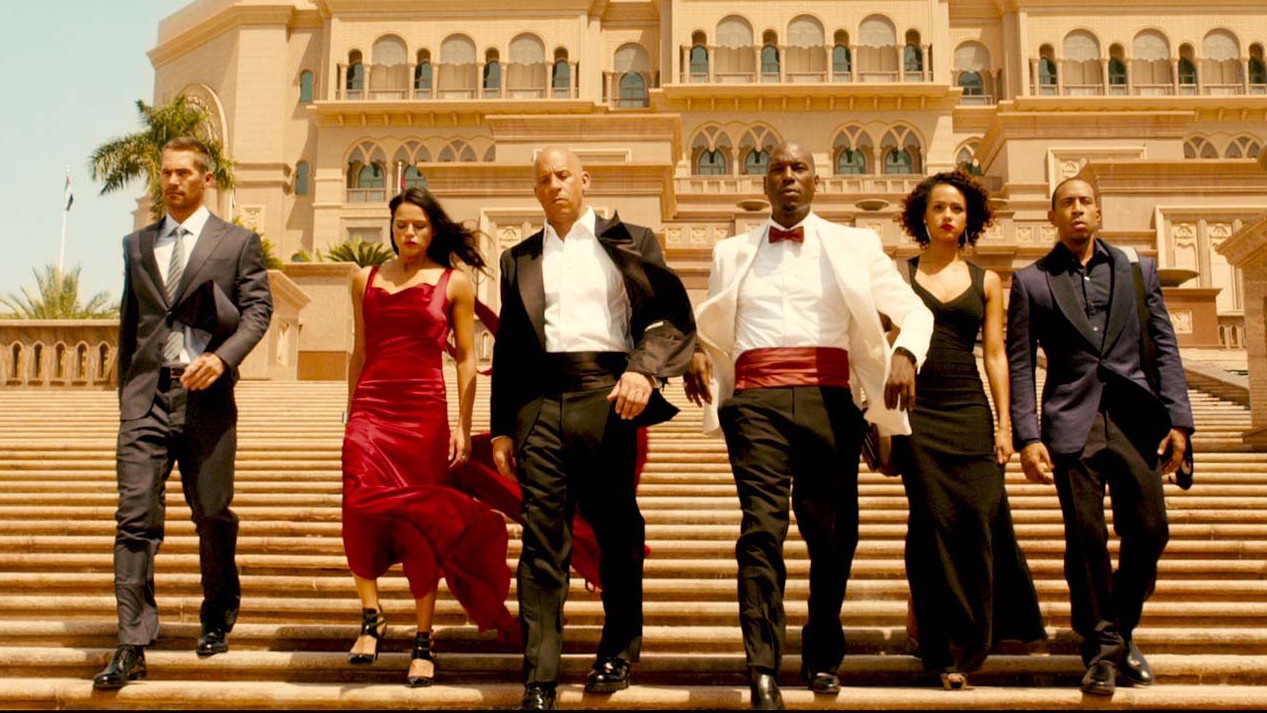 As fun as it’s been to analyze one film over and over and over, today we wrap up our last official Furious 7 weekend box office report. To absolutely no one’s surprise, save Preserve fanatics who dress solely in official Blake Lively–curated fashion, Vin Diesel hit the NOx button one last time and left everyone else idling at the starting line. Even with its dashboard gauge flashing “empty,” that marks four successive weekends for Furious 7 as America’s no. 1 movie (with $18.3 million), the first film to do that since 2012 and only the 29th ever.

But having sucked all the multiplex oxygen into its intake valves, Furious 7 left little for anyone else: The domestic box office totaled a pitiful $98 million, dropping 16 percent compared to 2014. Still, all of that American Sniper money means the North American box office remains up 4 percent this year, with a murderers’ row of marquee franchises yet to join Furious 7 in the billion-dollar club. But before we close out April, let’s start with one last panegyric to the film you either see as a top pick for Best Picture or a steroidal Brand Edifice, depending on how you define “relevant.”

Loser: Harry Potter, Elsa, and Everyone but James Cameron (and Kevin James)

Oh, Toretto, Breaker of Box Offices! Thou hast amassed over $1 billion international, reaching a summit so high only James Cameron’s been there before (twice). And thy $1.3 billion worldwide total makest thou the fifth-highest-grossing film of all time: Frozen’s record is reduced to a slushy mix, and soon enough Harry Potter will march before thy muscle-car chariot in shame, offering up his fourth-place position on the all-time list as tribute to your unceasing explosions. Canst thou unseat even The Avengers? Well … be grateful for that $1.3 billion. The surest sign that Furious 7’s benevolent reign has neared its end is that Paul Blart: Mall Cop 2 [sigh] was nipping at its heels this weekend with $15.5 million domestic for second place. And since Blart Deux cost only $30 million but has already racked up $43.9 million with a roadway clear of competing comedies, that sinking feeling in your gut indicates we may yet see the abomination of a full-on Blart Trilogy [shudder].

Winner: The Other Half of the World

If the local multiplex felt a little quiet this weekend, it’s because the other studios fled for higher ground as Marvel’s next profit tsunami, Avengers: Age of Ultron, sucked in the tide ahead of its arrival on American shores. It also hoovered in $201.2 million across half the planet ahead of its all-conquering domestic landfall this Friday. In fact, Furious 7 likely won’t hold on to its fourth-place notch for very long. Box office pundits, with all the breathless hysteria of a 13-year-old in line to see, well, Age of Ultron, expect the Avengers sequel to top its predecessor easily, and Disney1 says these early international returns are running 44 percent ahead of the original Avengers when accounting for exchange rates. The irony of America’s economic recovery is that all of these international returns are denominated in weaker local currencies that will undercut the final dollar total of films that, like Furious 7 and Age of Ultron, do the lion’s share of their business overseas. And that could impact the ever-critical bragging rights that are the true currency for Hollywood’s fragile egos. I know … you may now cry the smallest tears in history for this sad fact.

Prepare to cry even smaller tears: The Age of Adaline, which explored the tragedy of Blake Lively being eternally beautiful, actually coughed up a respectable $13.4 million and even edged out Furious 7’s returns on Friday. (It’s kind of hard to convince the girlfriend to watch Vin Diesel skyscraper-hop a fourth time on date night.) On a thrifty $25 million budget, and what one assumes was a minimal marketing spend, Adaline will almost certainly turn a profit, especially since it’s one of the few options for those not into that Marvel total cultural dominance thing.

From what you can read about its at-best-tone-deaf/at-worst-morally-monstrous ending, Little Boy got what it deserved at the box office this weekend. It made just $2.83 million on 1,032 screens. So unless it was made at bargain-basement prices, this film about a boy who prays for World War II to end so his dad can come home will disappear into the ignominy of Internet outrage-memes.

Winner: The Little Film Distributor That Could

Upstart distributor A24 has been on quite a run, releasing some of the most-buzzed-about films catering to the cineaste crowd, like Spring Breakers, The Spectacular Now, and While We’re Young. However, A24’s been paying top dollar to acquire said films, and that long bet on good taste is finally paying off: Alex Garland’s sleeper hit Ex Machina expanded into 1,255 theaters and grossed $5.44 million, the biggest box office weekend in A24’s brief history. Ex Machina’s take now stands at $6.9 million, and with its good reviews, it should rack up more as art house crowds flee Avengers-mania and embrace Oscar Isaac’s new dance craze, the funky robot.

The Water Diviner, Russell Crowe’s attempt to channel Peter Weir, bit the dust at the American box office with mixed reviews and $1.25 million in 320 theaters, for an underwhelming $3,906 per-screen average …

However, before you sharpen those Internet knives, Crowe’s directing debut has already earned $11.3 million abroad. Thus, even on its $22.5 million budget, The Water Diviner may yet turn a profit. Sorry, Crowe bashers; looks like you will have to content yourself with old clips of Les Misérables.

Why Are You Ruining ‘Ex Machina’ by Looking at This Oscar Isaac GIF?