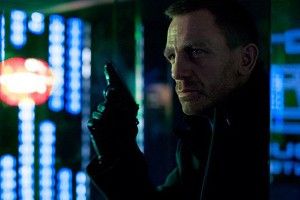 Stateside, the top dogs at the box office were kids’ movie Wreck-It Ralph, Denzel Washington’s drunk-Sully drama Flight, and Ben Affleck’s deathless prestige hit Argo, in that order. As EW reports, Ralph‘s $49.1 million haul makes it “the strongest debut ever for a Walt Disney Animation production (i.e., not including Pixar titles).” Flight managed $25 million at 1,884 theaters, meaning, at $13,275 per, it had the strongest per-theater average in the top 20. Most important: Argo, which pulled in another $10.2 million for $75.9 million overall, is on pace to break $100 million, and therefore is on pace to become the biggest Affleck movie since … yep, Daredevil (that one crashed out at $102 million). This dude Affleck is just exorcising any and all demons right now, huh?