We Went There: Celebrating 25 Years of ‘Goodfellas’ With Bobby D, Ray, Paulie, and Lorraine at Tribeca Film Festival 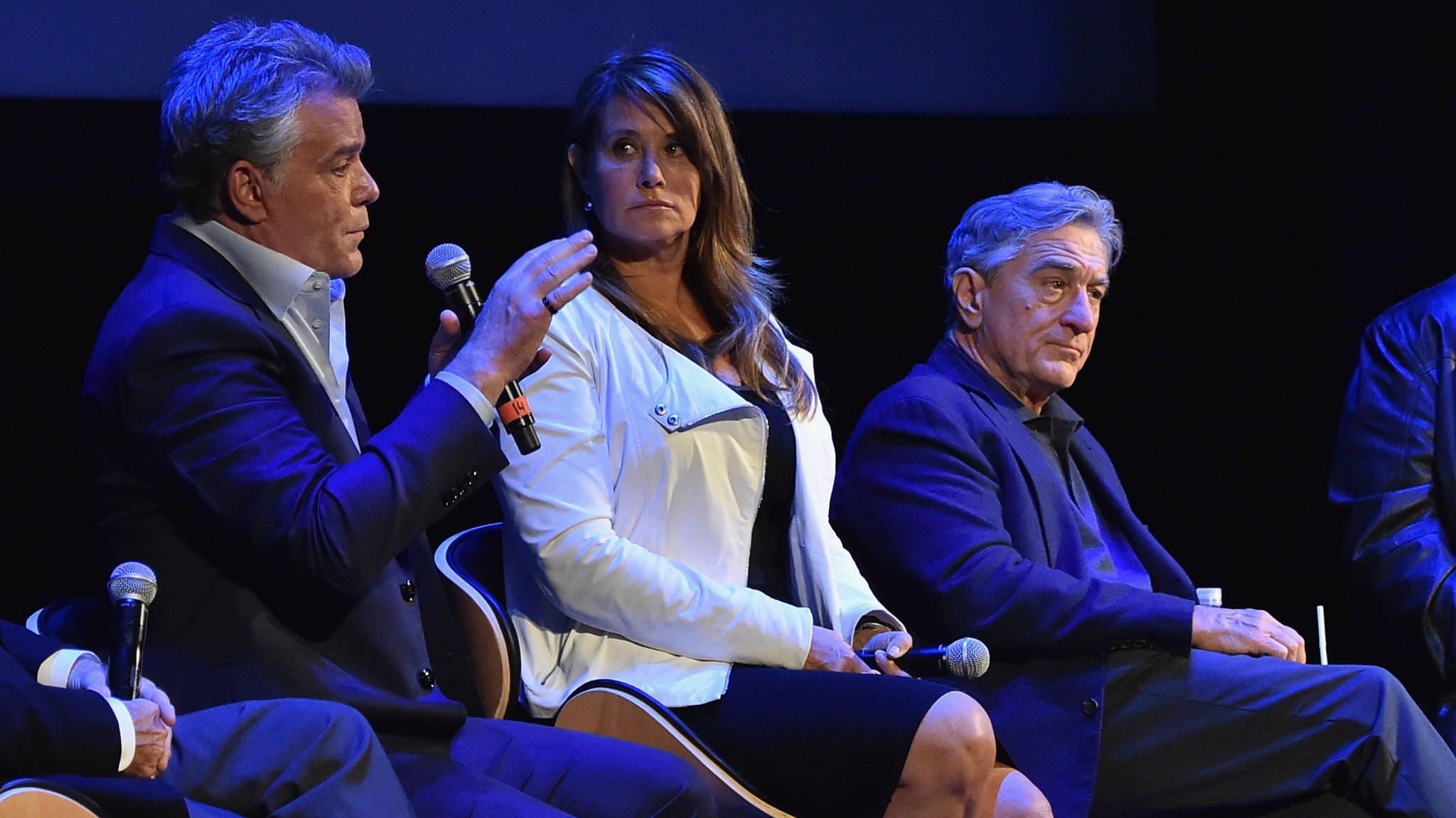 Martin Scorsese, to the best of my knowledge, isn’t quite as handy with the phrase. And he isn’t as declarative when it comes to his approach; there’s a level of modesty that’s remarkable with the master. But at 72, he, too, is just as full of piss and vinegar as ever. For its flaws, The Wolf of Wall Street was about as rollicking a thing imaginable. It had the kind of rushing, headfirst momentum that could power entire space-travel expeditions; it was made by a man with balls and the courage of his convictions. Piss and vinegar.

All of which is to say this: We don’t really need to get nostalgic with Scorsese, not quite yet. But when the occasion is the 25th anniversary of a movie as brilliant as Goodfellas — well, yeah, sure, why not?

As we approach September, which marks the actual box office release of the movie, you’ll be hearing much more about this anniversary. There are Blu-ray remastered rereleases coming and surely more goofy, endearing daytime TV appearances on the horizon. The same stories will be told, again and again. But on Saturday night at the Beacon Theatre, with the closing of the Tribeca Film Festival, the nostalgia campaign kicked off with fresh aplomb.

After a screening of the flick — one greeted with impromptu cheers and awwws, at least for the sections of the movie before the cocaine hits and the bodies really start piling up — some recognizable names trotted out: Ray Liotta, Lorraine Bracco, the screenwriter Nicholas Pileggi, Paul Sorvino, and, of course, Tribeca cofounder Robert De Niro.

Moderating the panel was the soon-to-be-unemployed Jon Stewart, who was about as giddy as everyone in the audience to mix it up with Henry Hill and Jimmy Conway and the gang. That meant things weren’t totally fluid: Stewart rambled and gushed, lovably. At one point he told Bracco, “Karen scared the shit out of every guy I knew.” At another, he explained to a recalcitrant (in an on-brand kind of way) De Niro that he would be continuing to ask him questions, questions he expected to get answers for. And in the end, we got a few nice anecdotes out of it all.

Pileggi, who was on staff at New York magazine when he wrote the source material, Wiseguy: Life in a Mafia Family, recalled accidentally dodging Marty’s calls for weeks. “I get these little pink slips and they would say ‘call Martin Scorsese.’ Of course, I thought it was David Denby.” Why? Presumably because Denby — grayed, august film critic1 — is a hilariously mischievous practical joker?! Anyway: “Finally, Marty couldn’t figure it out, so he got somebody in my office to call my wife, who is Nora Ephron.” Pause for applause. “And I got home that night, [and] she said, ‘Are you crazy? Marty Scorsese is trying to reach you and you won’t call him back!’”

Liotta explained how the famous “Funny how?” scene was improvised off something Joe Pesci had really seen. “In rehearsal, Joe was telling a story,” he said. “In Queens, or whatever it was, some connected guy said, ‘What, you think I’m funny?’ And Marty decided to [use it]. We improv’d it and rehearsed it and made it up as it happened. Then they put it to writing. Because the way Marty works to camera, everything had to be pretty specific.”

Sorvino said he called his manager to quit the movie three days before shooting: He couldn’t figure out the character. “That’s really far from me. I’m a poet, I’m an opera singer, I’m an author. None of it is gangster. When I was trying to find this, I was really at a loss. What do you do? I called ’em up and I said ‘get me out.’ And then, I was going to fix my tie and I saw this guy” — he dropped his face into the sinister deadpan of Paulie Cicero — “and it scared the hell out of me. ‘What was that?’ Oh, that’s the guy.”

There were more cool little bits. Scorsese was fretting up to, and through, the actual premiere, Pileggi said. “I was sitting next to him; I feel this elbow, and I look at him. ‘We should have cut that. See that?’ ‘Marty! You’re in a tuxedo. It’s the opening. We’re at the Ziegfeld! The editing is over.’” They also once called up Henry Hill just to figure out how gangsters used ketchup bottles. Rewatch the midnight meal at Mrs. DeVito’s house, and notice that Jimmy Conway is not slamming or knifing the bottle, but actually rolling the thing between his palms. “It’s that little moment of insane authenticity that makes Marty’s movies work,” Pileggi said. Also, Bob — “the hoof”? “He says ‘the hoof.’ A hoof is a hoof.”

And only after the movie came out, Liotta said, did he finally meet the real Henry Hill (Scorsese didn’t want the two interacting beforehand). “I got a call to meet him at a bowling alley in the Valley,” Liotta said. “I go to the bowling alley and there’s Henry, ’cause I knew him from pictures. And the first thing he said was, ‘Thanks for not making me look like a scumbag.’” Liotta paused: “Did you see the movie?!”

As for Scorsese himself? He wasn’t around, unfortunately. He was in Taipei — shooting.

Parents Just Do Understand: A Guide to Which Rappers Your Kids Can Listen To