We Went There: A ‘Bachelor’ Casting Cattle Call in a Maryland Casino 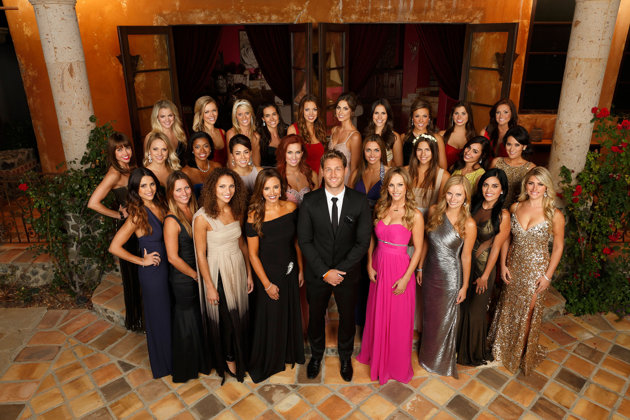 As Grantland’s Official Bachelor Historian, it is my duty to submerge myself in the sea of sequins and chemical imbalance known as reality-TV dating. As much as I know about the franchise, the one gaping hole in my knowledge is the casting process. Where do the producers find 25 women willing to have every bathroom meltdown, every ocean coitus, every uncontrollable eyebrow aired on national television for 10 million people each week?

I had to find out.

As luck would have it, there was a casting call for the upcoming season of The Bachelor near me in April. It was being held at a casino in Maryland, which seemed like an apt environment in which to search for women without an aversion to gold lamé, free cocktails, and polygamy. With that said, I threw on a pair of heels and began my Bachelor Darwinization.

Driving there, I had no idea what to expect. Would I be forced to strip down into a bikini to show whether my abs are camera-ready? Hot tub-tested for any adverse reactions to chlorine and public promiscuity? Challenged to rattle off as many “falling in love” metaphors as I can name in 90 seconds?

I walked in and followed the signs demarcated by giant rose drawings (of course) until I found the casting call beyond a wall of slot machines. It was like I had stepped into a living encyclopedia of every human life form that thrived in an environment of flashing lights and drugstore cologne. Wading through the crowd, I approached the table and told the woman sitting there that I was there to try out for The Bachelor. She wrote my name and phone number on a small board. I lined up against the wall and held the board in front of me for what could only be described as my mug shot. I had finally met my fate, admonished for all my relationship sins. I had stepped into dating jail.

I reminded myself that I was undercover — the Keyzer Söze of The Bachelor casting. This was my first foray into the rose-worshiping, Chris Harrison–led oligarchy, and I was up for the tear-stained challenge.

I sat down at the first table I could find, and a cocktail waitress promptly came over and offered me a drink to calm my nerves. I reluctantly declined, knowing all too well the tale of The Bachelor heavy pour. In front of me sat a pile of papers, which included a short questionnaire of get-to-know-you queries I had to fill out before auditioning. Do they encourage or discourage previous marriages and restraining orders? In fact, the only thing that’s a possible deal-breaker on this whole questionnaire is answering “no” to whether you drink alcoholic beverages. I’m given a third of a line to answer “Are you genuinely looking to get married and why?,” but given a paragraph’s worth of space to respond to whether I have any pets. Was this my first test? A test to gauge whether I will lose my mind before completing this thing?

(Also, before being allowed to audition, I had to give authorization to a background and credit check, sign off to a medical evaluation and psychological testing, and agree to let the production interview my friends, family, coworkers, and pretty much any other person with whom I had ever ridden on a subway train. Jason Bourne had an easier time getting hired than I apparently do of getting on this show.)

Meanwhile, a woman aspiring to be the next Wanda Sykes spouted dating jokes from a much-too-loud speaker. Her job was to keep us all “entertained” while we waited for our group number to be called. She moved from table to table asking multiple-choice questions about relationships and sex. The prize for a correct answer? A bag full of Bachelor logo pens, a keychain, and a coupon for two-for-one burgers at the casino restaurant.

Despite my attempt to avoid all eye contact, Wanda Sykes In Training made her way over to me eventually. She asked me a question about male underwear hygiene and shoved the microphone in my face to await my response. I shot a glance over to the cash bar, immediately regretting my decision not to order a drink.

There were also a couple of men there, and I quickly realized that these were the smartest men on the planet. A Bachelor casting call is practically an all-you-can-eat buffet of available, attention-seeking women. Possession of a pulse is pretty much the only dating criterion for many of those who have historically been on this show. These men had struck a gold mine, settlers in a desolate land of hairspray and cocktail dresses.

I actually witnessed one guy in seersucker pants float around from woman to woman showing off pictures of his new — and, I admit, cute — puppy. He even swapped numbers with a woman who “lives near” the dog park he frequents. Apparently all it takes is a golden retriever, a preppy choice in trousers, and a room of ladies that even Juan Pablo’s season couldn’t deter from seeking made-for-TV love. My dating jail was his dating heaven.

After sitting there for what seemed like an eternity, we were all herded like cattle through the casino floor for our interviews with the production team. I overheard a woman at a slot machine ask, “Are those the people auditioning for that dating program?” and I realized that we were like a single-persons sideshow being ushered around for the casino patrons’ entertainment.

As we reached our destination, we were lined up against a wall and called, one by one, into a bay of makeshift interview rooms. I hung toward the back while people in line struck up conversations with one another. Talk spanned from jobs to family to hometowns, but the conversation always went back to love, as if everyone was convinced there was a production mole posing as a hopeful contestant. “I just haven’t found the person I want to spend my life with.” “I’ve been so successful, but what is success if you don’t have someone to share it with?” The line was practically an echo chamber of marriage pleas, like the plot of a bad Garry Marshall film.

I was called into the room and again had to hold up a board with my name on it, reminding me once more that my singledom had been reduced to a pseudo inmate booking. The person interviewing me read off a list of predetermined questions. No follow-ups. No discussion. There were no queries about career or family or whether I was a crazy, man-eating psychopath. The entire five-minute-long interrogation revolved around my dating life. How many serious relationships have you had in the past? Why didn’t they work out? What are you looking for in a partner? And most importantly: Do you really think you could find your spouse on TV? Well, if Juan Pablo is the litmus test, then I can safely say the answer is hell no.

Will I be on the next season of The Bachelor with a chance to drink bottomless Pinot Grigio, sway awkwardly during a private concert by a band no one has ever heard of, and hurl myself off of tall objects all in the hope of finding everlasting love? Eh, probably not. Luckily I have that two-for-one burger coupon to enjoy all by myself.

Filed Under: We Went there, The Bachelor, Chris Harrison

"STATEMENT ABOUT SPRING BREAKERS 2: This is not being done with Harmony Korine or my consent. The original was wholly Harmony's creation and these producers are capitalizing on that innovative film to make money on a weak sequel. I want everyone to know that whoever is involved in the sequel is jumping on board a poison ship. [...] Can you imagine someone making the sequel to 'Taxi Driver' without Scorcese and DeNiro's consents? Insanity!"