Up Next for HBO: ‘The Comeback’ Comes Back, ‘Shutter Island’ Gets a Do-over 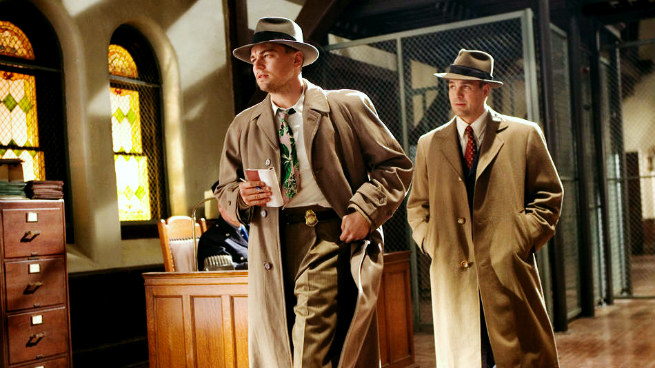 Everything old is new again! At least when it comes to upcoming HBO projects, which include the return of The Comeback and a new show based off Martin Scorsese’s Shutter Island, called Ashecliffe, about the titular haunted mental asylum.

Of all the Scorsese projects to adapt into an HBO show, why Shutter Island? It was received very middlingly for a Scorsese film and didn’t inspire calls for a sequel. I can think of a lot of Scorsese movies I’d rather see spun off into an HBO show — mostly After Hours, although I’d also take a The Departed spinoff about Mark Wahlberg’s character. The Dennis Lehane novel that Shutter Island is based on is the kind of serialized potboiler that might make good TV, but rather than retell the story of that novel, Ashecliffe is set to “explore the hospital’s past and misdeeds by its founders.” The immediate comparison points are American Horror Story: Asylum, which basically did this exact idea, and Steven Soderbergh’s current Cinemax show The Knick, which has the whole old-timey nightmare hospital game on lockdown. Apparently the Ashecliffe project is part of an initiative by Paramount TV to adapt film titles into prestige TV. A Beverly Hills Cop pilot at CBS didn’t get picked up, but a School of Rock show just got green-lit at Nickelodeon. Lehane is going to cowrite with Tom Bernardo, and it’s probably safe to assume Leonardo DiCaprio will not be starring.

Scorsese’s relationship with HBO goes all the way back to the Godfather-worshiping characters of The Sopranos, and that one time Christopher Moltisanti yelled “Kundun! I liked it!” at an impersonator playing Scorsese in the second episode. Scorsese, of course, also executive produces Boardwalk Empire and directed the pilot episode. He is also collaborating with Mick Jagger on a ’70s rock drama that will star Bobby Cannavale and Olivia Wilde.

I’m not sure we need Ashecliffe, or any reimaginings of movies as TV shows, when the possibilities for original ideas are so abundant. On the other hand, I have no problem with HBO dipping into its own back catalogue to revive the before-its-time genius of The Comeback. Lisa Kudrow’s cult hit has aged like a fine wine cooler, and the world might finally be ready for its cringey dark comedy.

The show’s first teaser trailer arrived yesterday, immediately evoking the original Comeback run’s poignant desperation. Fame, narcissism, and the horrors of chasing the spotlight have only become more central to American culture since The Comeback’s first season in 2005. What will become of Valerie Cherish in a world of TMZ, Real Housewives (and Hotwives), and Kim Kardashian? Will a three-camera gal like Valerie be able to get along in a one-camera world? Giving The Comeback six more episodes is basically the closest thing possible to a TV version of The King of Comedy, and I will gladly take it.

Everything We Learned from Fox’s 22-Minute ‘Gotham’ Preview