Tyrese, Green Lantern, and a Brief History of Thirsty Actors 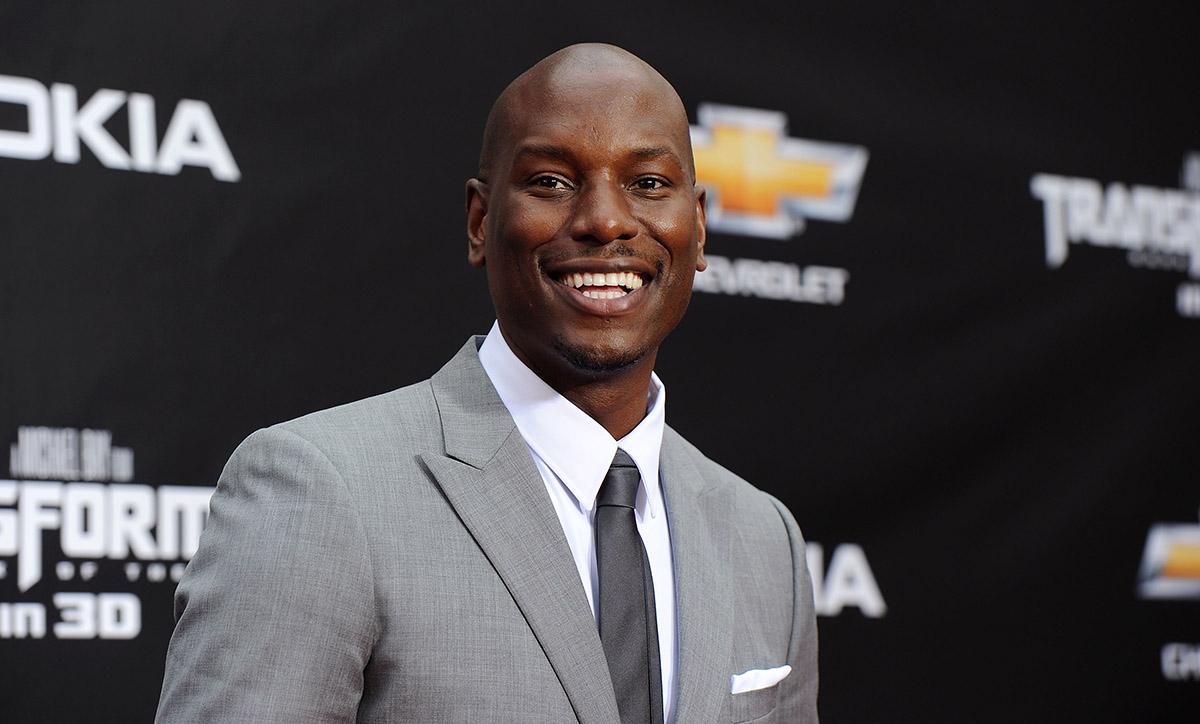 There are many ways to get a job. Very few of them involve relentlessly Photoshopping yourself into your chosen career.1 If I wanted to be a Supreme Court justice, I’m certain that I wouldn’t really move the needle by pasting my head on Ruth Bader Ginsburg’s body and throwing that ghastly image onto Instagram with the caption “Justice Is Served in 2015. #GavelMe #Jurisprudence.”

It doesn’t matter if you want to be a toll booth operator or a CEO — the last thing you want your prospective employers to perceive you as is desperate. So it’s especially perplexing that singer/model/blacktor Tyrese has been incessantly posting Photoshopped images of himself as the Green Lantern on Instagram in the hopes of being chosen by Warner Bros. to play the role in an upcoming do-over franchise starter.2

No one has accomplished as much as Tyrese while not really earning any actual artistic recognition.3 Tyrese is a down-low Renaissance man who has credits in numerous fields of the entertainment industry. We’re talking about someone who has starred in a cult-classic film (Baby Boy), released multiple albums, modeled, worked as an MTV VJ, and has more than a few blockbuster movies on his résumé. Oh yeah — he’s also a New York Times best-selling author. So, why the hell is this guy begging for a job? Warner Bros. should be coming to him, asking if he can carve out time in his busy schedule to throw some green spandex on.

But although Tyrese has done a lot in the business, it can be argued that he’s never done anything truly remarkable, noteworthy, or interesting on his own. He’s had a Craig Biggio–like career, chugging along stretching singles into doubles by playing sidekicks to charisma black holes like Josh Duhamel in Transformers movies, or acting as the Poochie of the Fast & Furious series.4 Even the most dedicated Tyrese scholar probably skipped his 2011 album, Open Invitation. He could have called it Free Album and still not been able to move a million units. With every Death Race or Annapolis that comes out, the thirst grows.

Our man is in desperate need of a big hit where he’s the star, in order to break through to the next level of fame. Comic-book movies are a sure bet, most of the time,5 and the John Stewart incarnation of Green Lantern happens to look a bit like Tyrese. It seems logical for him to go after the part, until you realize that actors typically pay people 10 percent of their wages so that they don’t have to lobby studios and production companies for work on their own. Agents and managers exist specifically to keep actors from doing what Tyrese is doing right now, but he’s not the first thespian to go rogue and attempt to secure employment through the power of persistence.

The Thirsty Actor Championship Belt has lived with Sean Young since the early 1990s, and I don’t think anyone will ever snatch it away because she set the bar so high. Young’s manic fixation with playing the part of Catwoman in Batman Returns is the stuff of Hollywood legend. She was cast as Vicki Vale in the first Batman film, and then fell off a horse prepping for a scene and broke a bone. The injury cost her the role, and Kim Basinger ably stepped in at the last minute. Batman went on to be the biggest movie of 1989 and made Basinger an internationally known star.

When the sequel was announced, Young embarked on the most bizarre, disturbing, soul-crushing campaign in history not run by a person named Herman Cain. The nadir of her effort was storming the Warner Bros. lot in costume to plead her case. The above video/nightmare is footage from Sean Young’s appearance on The Joan Rivers Show spliced with home-movie footage of Young during the period in question, plus a little New Age music and a smattering of hard-hitting Def Poetry. Michelle Pfeiffer was cast as Catwoman, but Young got to play Ray Finkle in Ace Ventura: Pet Detective. There’s a way to spin that as a win for Sean Young, but I haven’t figured it out yet.6

Even if the campaign is significantly more low-key than Sean Young jumping on Tim Burton’s desk in a catsuit, this tactic rarely succeeds. English pop star Robbie Williams turned one of his music videos into a James Bond audition, which did not work, primarily because Robbie Williams was not at all qualified to act in a real movie. The “Old Spice Guy,” Isaiah Mustafa, shot a fake trailer for a fake Luke Cage movie, fake-starring himself. That also did not work. Last year, Shia LaBeouf tried and failed to secure the role of the Unknown Comic in a feature film adaptation of The Gong Show. And how could we ever forget how long Kristen Stewart has been incapable of securing the role of “Someone Who Gives a Shit” in the movie version of life?

If Tyrese is hoping fan interest and grassroots support will do the trick, I’d like to remind him that for a good long while, Internet commenters were begging Hollywood to cast Nathan Fillion in all genre movies. Every dream role, from Indiana Jones to Brendan Fraser, seemed to be connected to Fillion at one point. I did a Google search to see if anyone had suggested Fillion for the part of Mrs. Doubtfire in the inevitable gritty reboot, but shockingly, I came up empty.7 Thus far, fans have been unsuccessful in forcing Hollywood to make Fillion a star, unless there was a petition to get him the part of Richard Castle that I was not aware of.

The one occasion when publicly asking for a role really worked out was when Zachary Quinto mentioned wanting to play Spock in Star Trek during an otherwise humdrum interview with the Pittsburgh Post-Gazette. The quote begat a fan campaign, and Quinto was announced as Nu-Spock at Comic-Con in 2007. Please note that Quinto didn’t mock up Star Trek posters with his face on them or try to perform pon farr on J.J. Abrams. The Internet went shithouse crazy after the leaked Sony email that suggested Idris Elba should be the next James Bond. What did he do? He metaphorically shrugged his shoulders on Twitter. Less is more. Play coy. These are not lessons that Tyrese has learned yet.

So, I say to Tyrese: Take it down a notch, pal. A smidgen of self-respect goes a long way in this fame game. Former WWE superstar Chyna badly wanted to be cast as Wonder Woman, but she had to settle for a different superhero role because she tried too hard. Besides, are you sure you even want this job? Being the lead dog in a big-budget film is hard work, especially when you have to follow in the footsteps of Ryan Reynolds.