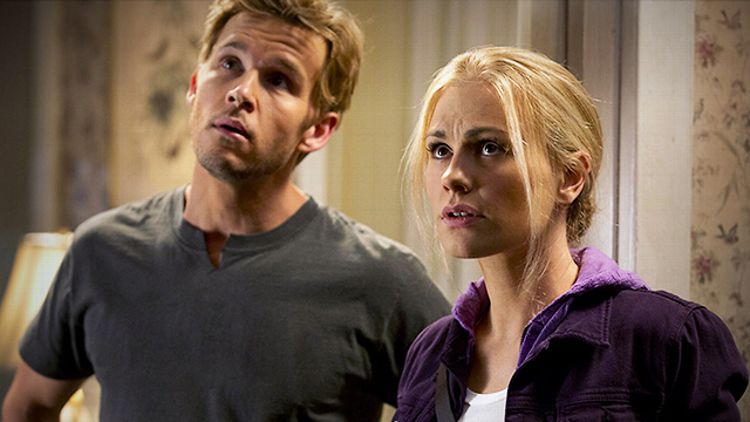 Someone asked me recently if I’ve ever had to break up with a television show, and I had to think about it. I’ve had short-lived affairs with shows that burned hot and fast and disappeared just as quickly. I’ve picked up and repeatedly dropped other shows before deciding that lukewarm interest is even worse than hatred, since at least hate-watching a show involves some level of passion. There have been shows everyone told me I’d love that I then felt ambivalent toward. And there have been shows I didn’t particularly expect to like that wound up being my favorite shows of all. Some shows fade away without a fight, while others cling desperately, showing up in reruns begging us to watch them one more time. But the only show I’ve ever genuinely dumped is True Blood, because it let me down so many times, and hurt me too much, and I just couldn’t take it any longer.

HBO announced Tuesday that True Blood will end next year, after seven seasons. The final 10 episodes will air next summer, but I won’t tune in. I stopped watching the show last season, and I can’t foresee getting involved with it again. I have nothing against vampires or werewolves, campiness or soft-core. In fact, I like all of those things. But True Blood wore down my desire to watch supernatural characters having soapy sex in a few different ways: by running every character into the ground; by exhausting all possible pairings and love triangles; and, most of all, by introducing too many new elements that required tons of exposition. (The show is based off Charlaine Harris’s Southern Vampire books, which also ramp up the supernatural quotient as well as the fuck quotient as they progress.)

I had to give up on True Blood for a lot of reasons. Among them: The show constantly piled abuse and victimhood on Tara. After the first couple of years, the Big Bads seemed to repeat themselves, and season climaxes became increasingly anticlimactic. The charming supporting characters were elevated into leads and suddenly got a lot less charming (Terry’s and Arlene’s devil-baby was a low point). The love triangles became so complicated that they were both irresolvable and weightless. I stopped caring whom Sookie or Bill or Eric or Jessica or Jason or Alcide ended up with by the end, because the characters could do whatever, whenever, and it would all be sorted out later by some ancient curse, or vampire superstition, or hazing ritual, or who cares. The emotional stakes, so to speak, became nil.

Now maybe the joke is on me for wanting to invest emotionally in a show that had no such plans, but after the heavy and pretentious Six Feet Under, True Blood felt like a refreshing delight. Possibly I overshot my expectations for True Blood to begin with based off the first season, which was its strongest. As characters progress through seasons, they have to change in some way to remain interesting, and some of True Blood’s archetypes were rather flimsy from the start. But there was such great promise in Nelsan Ellis’s performance as Lafayette, the shit-talking chef, that I got excited. The show knew how to not take itself too seriously, and the vampire-blood metaphor wasn’t hammered too ponderously into the head. Plus, it was all spiced up with plenty of tits, gore, half-naked hot guys, and jokes.

What Entourage was for bros, True Blood aimed to be for fans of the romance genre. It provided eye candy for everybody, not just for straight dudes. (I’m looking at you, Game of Thrones! Step up your dick game! Give us a glimpse of Peter’s Dinklage.) True Blood finally showed Eric (Alexander Skarsgard) naked in this most recent season’s finale, and fans online seemed … disappointed? We got a brief penis flash as [spoiler] Eric caught on fire and presumably died (because he is a vampire). Sure, a half-second of flaccid cock during a spontaneous combustion in a scene meant to be sad isn’t much to go on, but it’s something. It’s a start. It’s HBO, after all.

But neither sex, nor death, nor the promise of potential onscreen werewolf dick could keep me invested in True Blood once fairies came into play. It was one of the show’s big reveals: Sookie is half-fairy and that is why she can read minds! But the descent into fairyland highlighted everything that I had come to dislike about the show. Fairyworld looked cheap, and I don’t mean fun and sleazy like the vampire BDSM club Fangtasia where Eric and the appropriately fun and sleazy Pam work. I mean kind of stupid, with burlesque dancing and goblin mouths. Suddenly, I lost track of what I did like about True Blood. I forgot the great character work by the whole cast and the guest performances from actors like Stephen Root and Lizzy Caplan.

The plot about the local feminist bookstore being a coven grated on me, but I had suffered through all those parties at the maenad’s house without giving in. The increasingly random romantic pairings and side characters annoyed me, and I was bored stiff by the inner machinations of the vampire government. But I stuck around. I kept watching. I told myself it might improve. I enjoyed the werewolf clan stuff, and Christopher Meloni made a glorious villain for The Authority. Lilith was a misstep, but what was one more? Lafayette was waylaid with PTSD. The entire action of the show continued to take place over the course of one really weird year. True Blood did fan-favorite character Hoyt really dirty, just to make Jason/Jessica semi-OK. Somehow I didn’t leave the day Jason got raped by hillbilly werepanthers.

But the fairies broke me. They were too dumb. There were too many of them. I worried that Alan Ball might follow through on his suggestion that they would turn out to be extraterrestrials. I had fallen out of love with True Blood a long while ago, and it was time to admit it to myself. I cashed in my chips, already missing the characters I liked but ready to bid farewell to the pay-cable bayou soap opera fuckfest. I would remember it fondly, those Malibu wetlands subbing in for Cajun swamps, the gratuitous shots of male torsos, the way Bill says “Sookehhhhhh.” But I could never go back. The lights had come on, and I had to get out of Bon Temps.