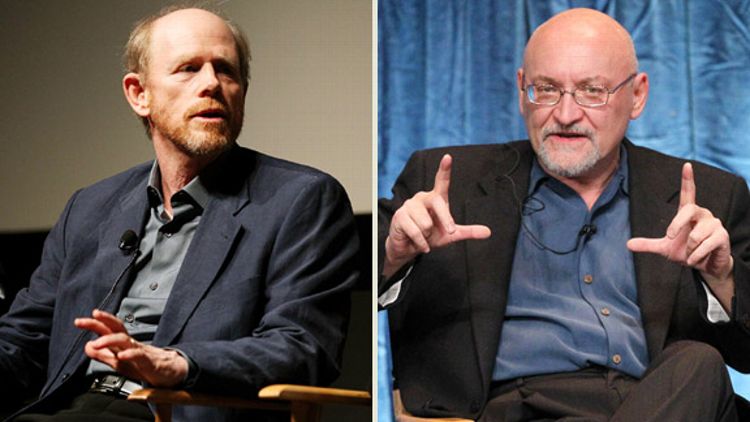 Directors Ron Howard and Frank Darabont have been called many things during their long, successful Hollywood careers. Auteur. Oscar-nominee. Even, on occasion, Opie. But now there’s a new word that can be tossed in the general direction of their gated, Pacific Palisades homes: quitter.

News broke late yesterday that both men had stepped away from insanely popular franchises, albeit for differing reasons. After riding Dan Brown’s conspiracy-riddled prose — and Tom Hanks’s bizarro mullet — to box office gold with 2006’s The Da Vinci Code and 2009’s Angels and Demons, Howard announced he’ll let someone else incur the wrath of the freemasons by directing Brown’s The Lost Symbol. While it’s certainly a smart move prestige-wise and a negligible one monetarily (Howard’s Imagine Entertainment will still produce) it’s a bit of surprise professionally. As Nikki Finke astutely points out, none of Howard’s non-Robert Langdon movies have been at all successful this past decade, including such clunkers as Cinderella Man and The Dilemma.

Meanwhile, Darabont’s decision to walk away from The Walking Dead, the monster-hit zombie drama he shepherded onto the air at AMC is even more perplexing. The man responsible for The Shawshank Redemption had been trying to break into television for years and seemed to have finally made it to his own professional Zihuatanejo with Dead: not only was he operating under what was called “one of the richest development deals ever,” the adaptation of Robert Kirkman’s popular comic premiered last fall to record ratings. Still, there were some (shotgun) holes: the six-episode season was criticized for poor plotting and dialogue, resulting in the firing of the entire writing staff. And for a time there was talk that Darabont planned on forgoing the traditional series “writer’s room” and farming out the scripts for the upcoming second season to freelancers. That didn’t happen — The Shield veteran Glen Mazzara was instead brought on as a number two — but now, just days after appearing on a panel for the show at Comic-Con, Darabont has left The Walking Dead. AMC will try and spin this as business as usual, but it decidedly isn’t. Making television is a fragile business — when a show’s central voice leaves, it can be awfully hard to mimic, a lesson AMC learned the hard way with last year’s similarly interrupted Rubicon. For now, the web is rife with rumors about Darabont’s ego and his difficulty adjusting to the hectic pace of showrunning. But it’s the overall health of the show itself that should worry fans. Because, as everyone knows, the only surefire way to kill a zombie — even a successful one — is to remove the head.