Trapped in the Closet Is ‘Forever,’ Starting Today 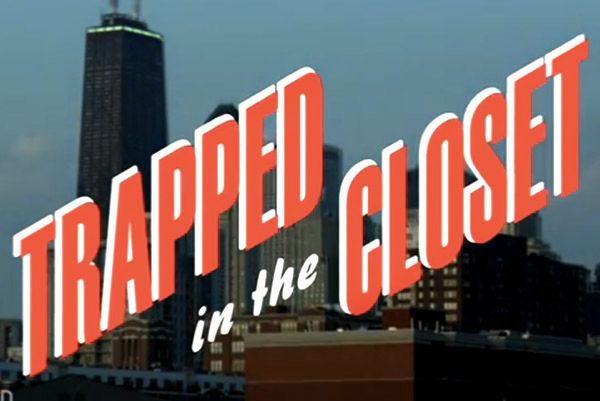 Yesterday, Time published an interview with Robert Kelly in which he answered questions about his health, his tour, and his thoughts on sex vs. love.

Why? Because the final two exchanges were enough to bring my life (and hopefully yours) to a complete standstill:

Are you working on another installment of Trapped in the Closet?

We just shot 20 chapters. They’ll be coming out the day after Thanksgiving. Trapped in the Closet is forever. I’ve got like a hundred chapters to come.

This couldn’t be more important. I mean, how many things do we have that are actually forever? We as humans don’t even know if we’re making it through 2012, but even the #Mayans have stated that Trapped lives on, with or without the human race. As for the release date, November 23? Next month? Less than 40 days? As the old saying goes, “Kwanzaa comes early.” Just incredible. Very unclear what we have done to deserve this.

Learning this news yesterday, I couldn’t imagine things possibly getting better, unless somehow it became available before Black Friday.

And then I got a frantic text message this morning that read: “go to Vulture right now kelz chuck kelz rufus.” Not an e-mail, a text message. Because the matter was that urgent.

Chapter 23 was on the Internet.

I don’t think I’ve ever put the rest of my life on hold with such immediacy. I could have been bleeding out of the head, but wouldn’t have hopped into an ambulance unless it was Wi-Fi-equipped, able to show videos in 1080p, and I was allowed to type during life-saving medical tests. And this was just from the excitement to watch it. And then I watched it.

A masterpiece. It’s completely too much, in the most magnificent way possible. What went down in Episode 23? 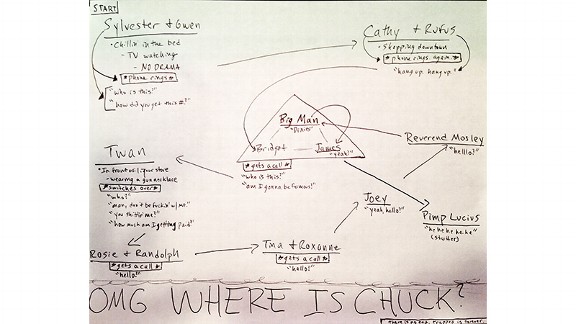 Where is Chuck?
Is Chuck dead?
Why is Chuck playing on people’s phones?
Are we going to just pretend like The Package doesn’t exist, or is that what the next 99 episodes are for?

While these questions remain unanswered, Kelz did leave us with this gem:

In case your eyes are failing you, here’s the book’s text, repeated over and over again:

Stream of consciousness, good. Textual texting for the verbose placement of words. Blah blach blah. Crazy ass shit. In a series of uncommon events that involved several good men and women from the greater chicagoland area, the quick brown fox jumped over the lazy dog. Stream of consciousness. Typing. Man, I could really use a good sandwich right now. Or some spaghetti. That shit Joey was eating in chapter 21 looked pretty damn good.

Robert is back, people. And if Chapter 23 is any indication of things to come, we all have so much to look forward to.

Mad Men Is Getting a Hawaiian Style