Mad Men Is Getting a Hawaiian Style 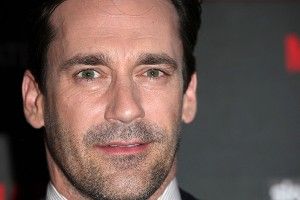 Joining a long, proud TV-gimmickry tradition of having one-off specials set in America’s island paradise — like that time The Brady Bunch went to Hawaii, or that time Sanford and Son went to Hawaii, and, of course, Saved by the Bell: Hawaiian Style — is … Mad Men?! Yep! Deadline reports:

[The show] is headed for a secretive two-day shoot on the islands. Sources say it will involve actors Jon Hamm and Jessica Pare … [t]he two, joined by a very small crew, are expected to leave Sunday … I hear that the scenes will be part of Mad Men‘s sixth-season premiere. I hear [Matt] Weiner and fellow Mad Men executive producer Scott Hornbacher did location scouting in Hawaii in late September. There is speculation that the scouting trip had not been authorized by Lionsgate TV … and that the studio may have initially objected to the shoot. Weiner and Lionsgate have long tussled over the budget for the series, which I hear has been substantially increased going into Season 6.

Ooh, bigger budget! Will the crisp, cool interpersonal relationships and insightful time-period reflections of Mad Men finally be underscored by some some sick Michael Bay–esque explosions?!