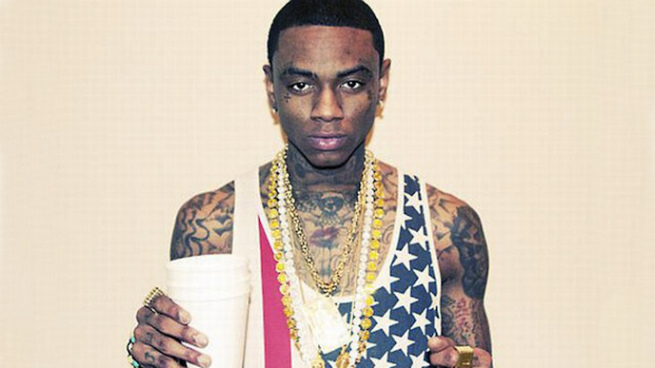 For the past two decades, Actavis, a multibillion-dollar pharmaceutical company based in Dublin, happened to be the chief supplier of ratchet rap antics in Houston, New Orleans, Miami, L.A., Chicago, and wherever else Styrofoam double cups were in vogue. And though there’s a variety of inferior codeine syrup alternatives, until last month, Actavis produced the purple drank standard. (The classic recipe, purely for informational purposes: promethazine with codeine + Sprite + ice + a Jolly Rancher or two = lean.)

According to a study published by Project Know last week using lyrics taken from RapGenius.com, 2013 marked a new height of lean’s on-record popularity among rappers. According to the team’s handy (and messy and imprecise, e.g., the ambiguity of “molly,” the misclassification of “piff”) chart of lyrical mentions, lean/purple drank/sizzurp/codeine is significantly less popular than weed and cocaine, but significantly more popular than MDMA and non-drank-oriented pharmaceuticals. Since about 2003, lean has gone from Houston hip-hop pastime to nationally trending narcotic, which of course means that it’s just about time for Actavis to shut it all down. As of April 23, 2014:

Given [recent media attention], Actavis has made the bold and unprecedented decision to cease all production and sales of its Promethazine Codeine product. This attention has glamorized the unlawful and dangerous use of the product, which is contrary to its approved indication.

Trippy and culturally influential as drank may be, codeine leisure has derailed the careers and lives of a few artists in recent years. UGK’s Pimp C and Houston’s DJ Screw both died young from the harmful effects of sipping. Screw, who’d just turned 30, OD’d on codeine in his Houston studio in November 2000. Pimp C was a few weeks shy of 34 when, on December 4, 2007, he was found dead in a hotel bed. An L.A. County coroner found that heavy codeine intake compounded respiratory difficulties posed by the rapper’s preexisting sleep apnea while he was on tour with Bun B and Too $hort.

Actavis’s termination of its codeine distribution just so happens to coincide with many rappers and fans tossing their cups and cleansing their palates of purple drank. Gucci Mane has publicly repented his addiction. Schoolboy Q says that lean has ruined his music. Lil Boosie says lean once ruined his life. Worse yet, Cam’ron says lean ruined Dipset. Unforgivable. Let’s get to the bottom of this madness and shame.

Oxymoron is one of the hottest rap projects of 2014. Perhaps coincidentally, Schoolboy Q quit lean for a year to write and record the album. During his media blitz to promote Oxymoron, Q sat with Hot 97’s Angie Martinez and spoke/mumbled at length, and in cringe-worthy detail, about how lean gives him the lava bubble guts. (More on that below, unfortunately.) Schoolboy Q’s live show is always at 100 percent despite whatever consumed volume of narcotics might dull his wit between sets. Plus, he doesn’t drink now, so maybe the codeine/ethanol algebra is working for him.

Look at this tatted Instagram d-boy. Soulja has fashioned himself as an ill-advised Tony Montana spoof for the digital generation, and there doesn’t seem to be any hope of him turning down for sake of discretion in the near future. Actavis announces it’s pulling promethazine-codeine off the market? Soulja Boy is your new kingpin hookup. And for shipments of eight or more pints, he’ll throw in one of the Actavis label tees he had printed up a few weeks ago. From ringtone rap to hashtag #capitalism. Bonus points to Soulja for maintaining the skinniest figure of all rappers on this list. Yasss, bish, yassssss.

His struggle: is real.

Sedate yet menacing, a murderer by mean mug with a devilish record, Gucci Mane is rap game Anton Chigurh. With or without lean, he’s the most ferociously uncouth rap persona since Ol’ Dirty Bastard, who died of a coke-and-tramadol overdose in November 2004. Perhaps the most publicly fretted left turn due to promethazine addiction was the backlash to Gucci Mane’s lean-fueled Twitter rage against brethren Waka Flocka Flame, T.I., Rick Ross, and the cool kids of YMCMB. Gucci started dishing, and Twitter dissed him back. Gucci got ugly. And then, the next morning, Gucci got real quiet.

I've been drinking lean for 10plus years & I must admit it has destroyed me. I wanna be the first rapper to admit (cont)

I'm addicted to lean & that shit ain't no joke. I can barely remember all the things I've done & said. However there's no excuse. (Cont)

This week, seven months after his Twitter implosion and hospitalization, Gucci pleaded guilty to a federal firearm possession charge that’s cost him his Atlantic Records contract plus an upcoming 39 months in “detox,” by which I mean prison.

His struggle: a comeback

Juelz Santana, accidental rapper. Juelz Santana, improv hook prodigy. He could have had everything — including, apparently, an indefinitely scrapped tag-team album with Lil’ Wayne, preemptively titled I Can’t Feel My Face, because drugs. Yes, about those drugs: In 2009, Dipset general Cam’ron blamed Juelz Santana’s intensive lean consumption for the group’s creative impasse and subsequent falling-out in 2007. Juelz disputes this — a standard junkie maneuver, to be sure. Santana’s trippy hiatus stunted a childhood friendship and what was once an undoubtedly promising career.

Let it be noted, however, that Santana and the rest of Dipset are reuniting as we speak.

Fresh from a five-year stint in a couple Louisiana prisons, Boosie has landed in the anti-lean camp. After the Actavis announcement, Boosie told TMZ that he’s had several near-death experiences with lean intoxication, and that codeine has “fucked up a lot of rappers and the culture of hip-hop.” He’s been dry since the days before you could Facetime on an iPhone. Since the (W.) Bush administration. What a champ. If any chipped smile and sunny disposition could front an anti-codeine PSA, it’d be Boosie Boo’s.

… And if lean had a deceptively jovial, good-natured spokesman proponent, it’d be Danny Brown, the loveliest possible mess of a man who never brushes his hair and eats taquitos from the hip for every conceivable meal. Yet Danny Brown gave up lean this year, for good. “I was getting too fat,” he told U.K. radio host Tim Westwood. “You can’t wear Rick Owens looking pregnant.” Lean withdrawal makes for some inspirational before/after photos. Schoolboy Q has lost like half his body weight in the past year, just as skinny rap banshee Danny Brown has shrunk that incongruous pot belly of his. Brown attests, “If you don’t have lean for three days, you might shit on yourself.” Good to see the kid’s cleaned himself up.

More importantly, I suppose: Brown quit lean this year in hopes of shaking loose of his depression, which apparently steepened in the first couple weeks of his withdrawal. “Depression is serous y’all think I do drugs cause it’s fun,” he tweeted in February. Now he appears to be on the mend: “Might pop Adderall / I don’t fuck with no lean.” A rapper’s moderation. Admirable.

His struggle: is doubtful

I dunno, Q. I get that Rocky’s got that whole Houston-via-Harlem aesthetic going for him. But he’s too fit and lucid and conventionally charismatic for me to believe that he chugs lean as much as he talks about it. Plenty of coke and snow bunnies, though. He’ll be all right.

A glutton for profit, a glutton for punishment, a wellspring of purple drank. Theoretically, Weezy should’ve flamed out and/or drowned by now, given that he’s been guzzling since Napster was hot and Juvenile was on fire. So on the one hand, that means Tha Carter II, Tha Carter III, and Weezy’s entire mixtape catalogue are humanity’s tributes to codeine inspiration, à la Coleridge and “Kubla Khan.” But then, it’s hard to attribute any given Weezy metaphor to any particular drug, as if we could guess what mix of uppers and downers Weezy might have been gliding by on that day. “Yo. I think.” Uh-oh. “I think — you, how about I drop like, a rock album. Heh-heh. Yeah. Heh.” Yeah. That’s the sound of a rapper addicted to everything.