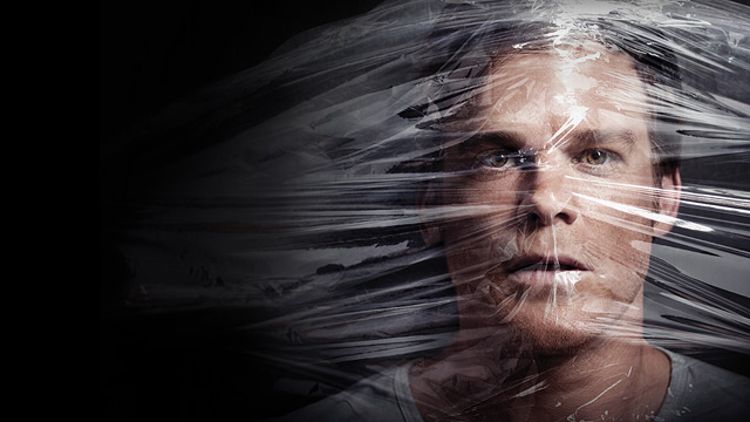 Dexter finished its eight-season run last night, and it was an atrocious ending.

Immediately following Episode 8 of this final season (the one in which Dexter finds Zach’s corpse in his desk chair), I searched the Internet to see the reaction to this episode and to find out the popular theory about the identity of the killer. Somehow I’d been divorced from almost all of the critical discussion about this final season, and I was shocked to find out that the remaining Dexter loyalists hated this season. After all, this episode featured a classic Dexter scene: Dex takes his girlfriend (fellow serial killer and fugitive Hannah McKay) to dinner at his surrogate mother’s (inventor of The Code, Dr. Charlotte Vogel) house for dinner with his surrogate son (vigilante serial killer in training, the aforementioned Zach Hamilton). It had all of the show’s hallmarks: unorthodox familial relationships, integral albeit obvious symbolism, and foreshadowing with undeniable hints of dread. These are the ingredients that made the show so compelling when it began.

But here we were, three-quarters through the show’s final 12 episodes, and this season’s antagonist was still at large and unknown. The Internet (including some fellow Grantland viewers) had already figured out that the ending was doomed, and now I saw it, too. And yet it was so much worse than I had predicted. I didn’t care about the broader Dexter conversation for most of the season (and almost the entire run of the series) because I had grown so attached to the characters that I was willing to accept the increasingly absurd premises. I watched not only to gaze upon Michael C. Hall as he dominated the henley game, but because the other characters from the station were weird and lovable. I felt a genuine investment in Batista, Quinn, Masuka, and even Debra. The cast of police personnel slowly moved to the show’s foreground as Debra became increasingly central.

Not only did the writers seemingly lose track of who Dexter was, they also lost Debra and all the other ancillary characters. This is how the show went wrong. Oh, and the ending made no sense at all. This is what happened in the final minutes: Dexter has stolen his sister’s corpse from the hospital, though there was nothing to hide about her death. He takes her on his boat and drops her into the ocean, as he did with all of his victims. But since Debra is covered in a white sheet and died somewhat honorably (and semi-covering for her brother), is this supposed to be some kind of baptism? Is she free from the sin of killing LaGuerta? Is Dex cleansing his own soul? Who knows. Then, deciding that he ruins the lives of everyone he loves and having given his son over to his murderer of a girlfriend, he rides his boat directly into the eye of a hurricane to fake his own death. The frame cuts to black for a second before reopening on a lumber yard. We are suddenly thrust into the setting from Man of Steel. Yes, Dexter is now an anonymous lumberjack living in the wilderness. The final shot is a haggard Dexter, sitting alone in a cabin, staring straight ahead. This season began with Dexter holding his son with his hands soaked in blood. Perhaps we’re supposed to assume that Dexter will spend time atoning for his sins, having decided to keep his son away from the family business of murder. But since he is an absentee and reckless father, it’s hard to digest this ending. I’ve given it too much credit already.

So now Dexter will live on in our collective memory as a show that concluded with decreasing popularity and a terrible finish. This fact is not lost on its original showrunner, Clyde Phillips. Moments after the finale aired, E! reported on how he would have wrapped up the show. His proposed ending is irrelevant, but the fact that he commented at all is a clear sign that at least someone knows this ending was a travesty. Maybe we should all make up our own endings.