They Got More Stories Than J.D.’s Got Salingers: Beastie Boys Sign Memoir Deal 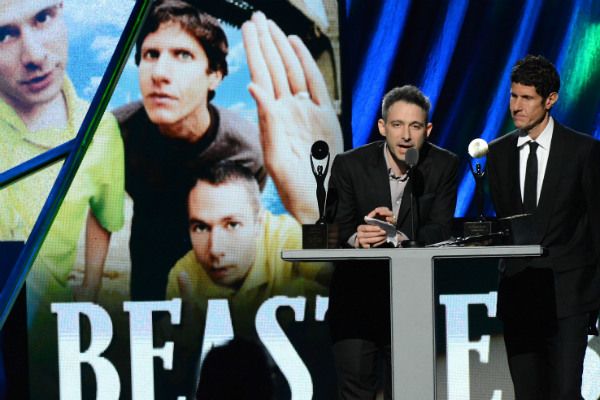 After MCA passed away last year, it was hard to guess what Ad-Rock and Mike D would do next. Both had creative pursuits outside of the band: Adam Horovitz has acted in flicks with Donald Sutherland and made music with his side project, BS 2000; Mike Diamond has been known to blog about wine. But the thought of a pair of solo albums, or even a continued music collaboration without Yauch, seemed, for anyone invested in the Beasties as a singular unit, really unlikely. Well, credit’s now due to the two for figuring out a perfect next project. They’re writing a book.

According to the New York Times, Horovitz and Diamond “have signed a deal with Spiegel & Grau … for a book celebrating their history and aesthetic. A title has not been chosen, but it is planned to come out in fall 2015.” According to publisher Julie Grau, the two are “interested in challenging the form and making the book a multidimensional experience. There is a kaleidoscopic frame of reference, and it asks a reader to keep up.” A few more promising notes: It’ll be “loosely structured as an oral history,” will be edited by Ego Trip’s Sacha Jenkins, and is already being compared to the short-run/big-rep magazine the Beasties used to put out, Grand Royal. Oh, and one other thing: Spiegel & Grau are the same publishers that brought us Decoded.

The Beastie Boys have always been natural raconteurs. Any given interview with them had the potential to become some weird, slapdash anecdote-off, where you never quite were sure what parts were real and what parts were total B.S. That same vibe served them well on Beastie Boys Anthology: The Sounds of Science, from 1999. If you happen to have a copy, do yourself a favor and pull out the liner notes. The stories behind the collection’s forty-something tracks are told by the band, and each and every one’s a juicy tale. It’s some of the most fun music writing you’ll ever read, and it certainly bodes well for whatever this Beasties book ends up being. In summation, the fall of 2015 is going to be rad.

Mad Men, Episode 4: Maniacs, Blowing It All Up