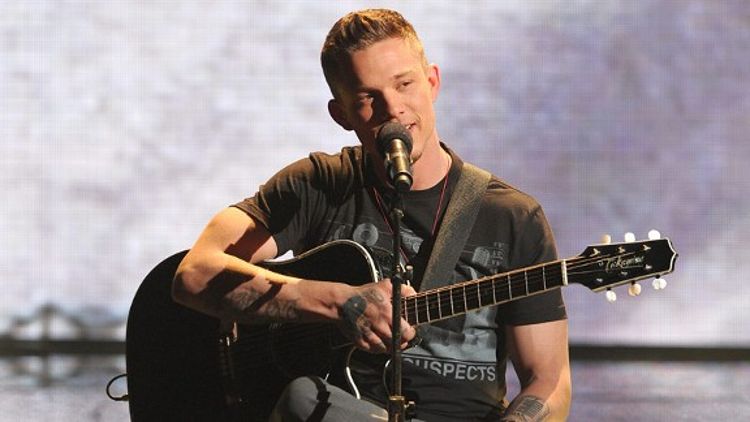 The U.S. X Factor is kind of a snooze. Of course I watch it anyway. There have been times when, despite my general boredom at the song choices and homogenous religious messages in the interstitials, Nicole Scherzinger’s elegant emoting made me a little misty. She has such a long neck. She looks like Cleopatra when she cries, and she cries for most of every episode. Watching Nicole Scherzinger cry is one of my favorite things to do with an hour and a half, even if I have to watch the rest of The X Factor to experience it. It’s easy to imagine her private life as an almost Biblical epic full of huge, swelling tides of sadness and tornadoes of despair. Does she cry on the phone? Does she take off the huge earring on her phone-dominant ear before she does, and put her beautiful forehead in her hand, and get tears all over her neck? Does she cry every night as she worries about the ill-fated Dexter Haygood, mentally replaying the moment when overly punctual host Steve Jones cut her off before Dexter was eliminated, so that all she said to him before he left the show was one tearful word, “Dexter…?”

Last evening, contestant Chris Rene allegedly stepped in it on Twitter. Chris Rene has floated through the competition because he wrote an original (enjoyable! Hummable! Good!) earworm called “Young Homie” about his struggle with drug addiction. Because this is The X Factor, he’s been reassuring everyone that he’s stayed sober throughout the competition. The X Factor likes to play up the wholesomeness of its contestants. In the Thanksgiving episode, the final handful of singers appeared against a cloudy sky backdrop as if they had died and dedicated their songs to people for whom they were thankful, like Best Friend Shelby, God, and Mom. Chris Rene dedicated his song to his sponsor. Then he supposedly publicly tweeted, “We gon’ smash lines and veins tonight, BUDDY!” instead of sending it as a private message. That’s too bad for Chris Rene, but should it be? He gave the best performance of his run on The X Factor tonight, with some song that had five lyrics and a melody that will live in my brain forever.

Of course, nobody wants to vote for someone struggling with addiction to win $5 million in a competition, because 5 million is the perfect number of millions to never run out of drugs, even if you live a long time while you do them. On the other hand, coating the personalities of performers in vanilla frosting creates an audience fascination with what we imagine is the truth beneath the surface. Melanie Amaro hid her pretty Virgin Islands lilt for weeks, Drew managed to conceal her passion for JC, Stacy Francis was able to pretend she didn’t already have a medium-successful singing career. Leroy Bell surely hid something under that baggy Steve Zissou cap. Are we afraid of interesting, complex, divisively political vocal artists? No! Lady Gaga! But why don’t we think they could get enough votes to win a show like X Factor?

Maybe it’s a protective measure, something intended to maintain the private lives of people who are so vulnerable and under such a huge amount of pressure. Unfortunately, this strips the contestants of any kind of artistic persona that might make them different from the rest of the pack. There’s a canned quality to the over-groomed tender youths remaining on this show. They’ve been sculpted into what their mentors think other people think they are, and the mentors estimation of “other people” seems so low, it hurts my feelings.

Except for Nicole. What is Nicole thinking when she chooses songs? Not what you would like, not what I would like, but what she would like. I never enjoy them, but I always appreciate that she seems to be attempting to showcase something honest and real, but inoffensive: pain. She mentored the over-30’s, and has only one contestant remaining in the game, so this tactic just becomes more effective as the stakes get higher and everyone gets still older, closer to the recording-artist expiration date (33 or 42, depending on whom you ask). Nicole Scherzinger’s emotions and Chris Rene’s tweet (or the legend of Chris Rene’s tweet) should secede from the union. The pursuit of $5 million by hyper-ambitious teens and twenty-somethings is an interesting story. Someone should change the names and write an explosive tell-all chronicling the secrets of years of these shows. In the meantime, try watching Nicole during her critiques, and see if you can do an imitation later in the bathroom mirror. Let the sadness drip down from the crown of your head and sink your body like a tranquilizer. Turn your eyes into a pair of heat mirages and get smacked by the wonder of a tremolo. It’s either real, or real enough. Too bad that the show has three other judges and all those contestants, all that bloat.

(Our regular X Factor recapper, Jay Caspian Kang, has the day off.)