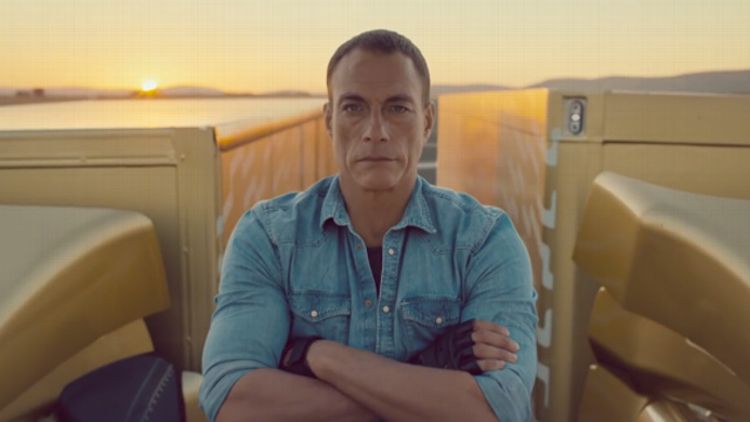 There have only ever been two cool things that Volvo has been involved with:

1. In 1997, a Volvo was sold to Rita Somethingorother, a girl with whom I worked at Chuck E. Cheese’s Pizza for two months. Rita was dope, which is just a different way of saying that she didn’t have a problem making out with me despite me having a girlfriend when I asked her to make out with me and also despite us standing in a bathroom when I asked her to do so. Rita was especially proud of her Volvo — like, weirdly so. I didn’t think it was that great of a car, but I surely said it was. I might’ve even called it “the most important car of the modern era.” I don’t know. I was 16 at the time. I told all sorts of lies to all sorts of girls. I probably told 60 girls a week that I was in love with them back then. A boner is as a boner does, is what Shakespeare said. Anyway: That’s one cool thing about Volvos: If you say you like Rita’s Volvo, she’ll kiss you.

The commercial, as you probably saw, was neat: It was JCVD, balancing between two Volvo 18-wheeler trucks on tiny, foot-size platforms attached to one of each of the truck’s side mirrors. As the commercial plays, JCVD gets pulled into the splits as the trucks steer slightly away from each other. It’s pretty remarkable to watch, particularly when you consider that Van Damme is 53 years old and also when you consider THAT HE’S BEING PULLED INTO THE SPLITS BY TWO 18-WHEELERS. For real.

Dude, I mean, I don’t even know what to say about that.

I wrote this thing in August ranking Van Damme’s 15 best movie splits. It remains the most important thing I’ve ever done in my whole entire stupid life, which is why I was proud that it spread around as much as it did when it posted. As soon as the JCVD Volvo commercial went out, I started getting emails/tweets/texts/FB messages about it.

Several of the messages asserted that had I not written what I’d written, the Volvo thing never would’ve happened. That’s especially flattering, inasmuch as it is wrong. One cannot influence the trajectory of a JCVD split any more than one can influence the trajectory of a hurricane or the destination of a lightning bolt or the creation of a Tom Brady GIF. A JCVD split is not a malleable, reflexive component of the universe; it is static and rigid and exists only to send shock waves out into the recesses of the Milky Way, its own reverb the only thing that has ever escaped the grasp of a black hole.

Jean-Claude Van Damme was born on October 18, 1960. That’s actually the same day Martin Luther King Jr. was scheduled to deliver his “I Have a Dream” speech. However, the speech didn’t occur until August 28, 1963.

What that means: It took one of the smartest, most amazing, most insightful, most brilliant humans to have ever lived more than 1,000 full days to adjust to the aftershock of JCVD arriving on earth. That’s a fact, son. That’s a little thing called knowing your true history.