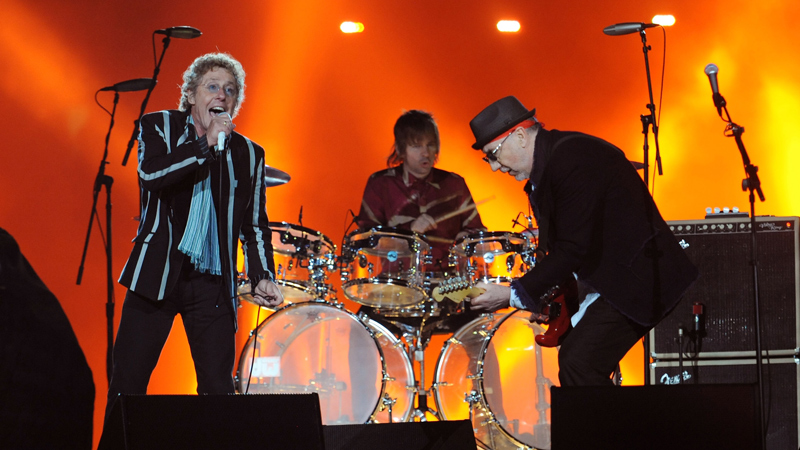 It looks like we’ve got ourselves [puts on dark sunglasses] a good, old-fashioned [pauses dramatically] Who-down. Yaaaaaaaaaah!!!! In, uh, other words: The Who is back, and planning not only a 50th anniversary tour, but quite possibly a new album as well. The Who Hits 50 tour will roll through blimey ol’ England in the last bit of the year before coming to the bastion of freedom that is GODDAMN AMERICA in 2015. And while it’s not officially a farewell tour, the way the band is talking makes it seems like, more or less, this is the end. Yaaaaaaaaaah!!!!

Rolling Stone points our attention to a press release, which reads, “The band will play all the classic anthems as well as tackling deeper cuts from their catalogue,” then name-checks a bunch of said classics and deep cuts. That’s right: You pay money to hear the Who, you’re gonna hear a range of different Who songs! Great job, good effort, press release.

A bit more enlightening/entertaining is Pete Townshend speaking about the possible new album — “We may try to make the record in a slightly more basic way than we normally work … [but it’ll still probably be] more prog rock than pub rock!” — and his general outlook on life: “Trying to stay young. Not wearing socks. Growing a great big Woodcutter’s beard. Might even wear a check shirt on stage and get a tattoo of a Union Jack. Always a fashion victim. But under no illusions. We are what we are, and extremely good at it, but we’re lucky to be alive and still touring. If I had enough hairs to split, I would say that for 13 years since 1964 The Who didn’t really exist, so we are really only 37.” No socks! No socks forever!

Surprisingly enough, the 50th anniversary blowout trend should only continue apace. The Who is following in the Stones’ footsteps, and any number of rock dinosaurs — addicted to that sweet, sweet sold-out-stadium nostalgia-cash — should be lumbering on after them (Fleetwood Mac is up next). With every possible split-up band having already cashed in on their sweet, sweet reunion money, this HEY HELLO WE’RE STILL ALIVE AT 50 thing is our next logical pervasive rock-and-roll trend.

As for whether this is the end for the Who … as RS points out, last year Roger Daltrey said, “The touring is incredibly grinding on the body and we have to draw a line in the sand somewhere. This will be the last old-fashioned, big tour … We intend to go on doing music until we drop, but we have to be realistic about our age.” This is the part where I should be making a nod to “hope I die before I get old,” but I’d much rather focus on Townshend’s understanding of modern youth as virulently anti-sock. Can we talk about how he came to form this opinion, please? Anyone got any theories here?!

Filed Under: the who, Music, Roger Daltrey, pete townshend

See all the who