He Wants You to Want Him: The Weeknd Chases Mainstream Stardom, Among Other Things 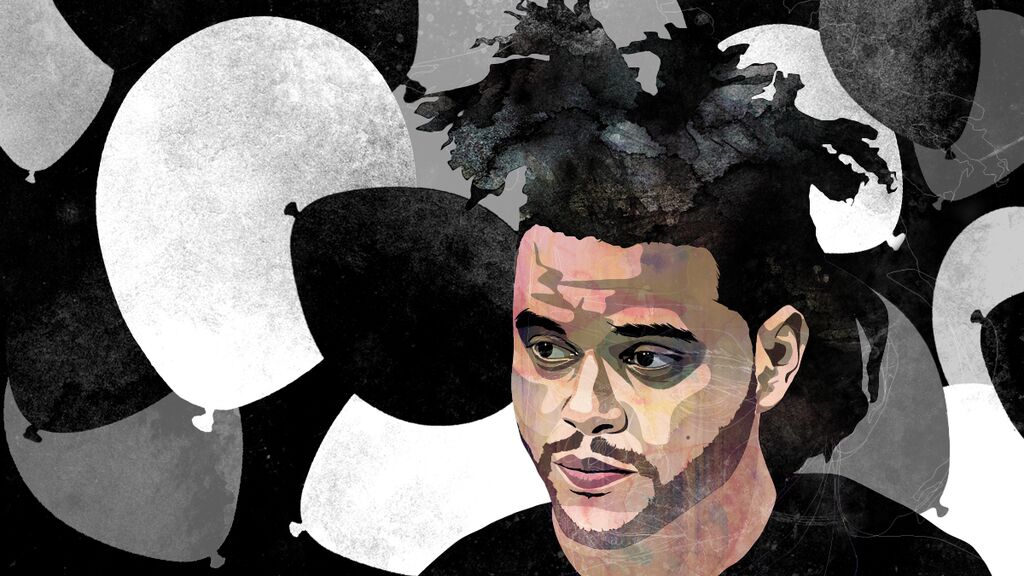 I have long suspected Ethiopian Canadian singer-songwriter-succubus Abel Tesfaye of being more or less totally full of shit, so I find the more or less totally full-of-shit Beauty Behind the Madness to be his most honest and revealing statement to date. So congratulations to the Weeknd on becoming the new frontman of the Weeknd! It was only a matter of time before somebody figured out how to hack and bottle the stoner mystique of the 2012 mixtape compilation Trilogy (so named because both Songs About Fucking and What Was the Hipster? A Sociological Investigation were already taken). But the fact that Tesfaye was the person who cracked the code is kind of a surprise. He seemed to have shanked the major-label transition pretty decisively with 2013’s Kiss Land (a cellphone video awkwardly blown up to IMAX scale, with some decent Ricardo Tubbs–stares-out-at-the-city-lights ballads drowning in gloss for gloss’s sake). But he’s spent the past year or so slow-morphing into something resembling an actual star — duetting with Ariana Grande, soundtracking the Starbucksification of S&M on the Fifty Shades of Grey soundtrack, even granting the occasional interview.

Even with all that as prelude, Beauty is a shockingly unequivocal statement of commercial intent. It’s practically a PowerPoint presentation about the mainstream-pop scalability of Tesfaye’s overall vibe, and it begins making its argument with the very first noises you hear — huge, audibly fussed-over guitar crunches blooming and fading in an arena-size vacuum, like pieces of really expensive space hardware moving into docking position. Even on an album whose two-parts-irresistible one-part-shameless single “Can’t Feel My Face” moonwalks in Michael Jackson’s footsteps with Max Martin on the beat, I wasn’t expecting that the first note I’d take would be “Mutt Lange,” but here we are. Instead of trying to compete with early cosigner Drake — with whom Tesfaye shares Toronto roots and a penchant for reducing women to compressed speakerphone voices saying things like “My body is yours” — this record intends to eclipse him, or at least drown him out.

“Face” isn’t even the most I-just-can’t-wait-to-be-King-of-Pop moment on the record (that’d be a tie between the squelched “Beat It” bell tones at the top of “The Hills” and the repurposing of the skipping beat from “The Way You Make Me Feel” on “In the Night”). But it’s a perfect crossover hit, built around a winking love-as-yayo metaphor that instantly retcons the deadly serious sex-and-substance preoccupations of Tesfaye’s mixtape period as bad-boy shtick. Nothing else on the record reframes him quite as elegantly, and sometimes the product positioning gets cringey. Years ago, on the Trilogy bonus track “Twenty Eight,” Tesfaye woundedly rebuked some loose-lipped “lonely girl” for spilling the beans about how good he is at sex, as if the D were some hidden-gem neighborhood poutine spot; now he sings songs like the tellingly titled “Tell Your Friends,” practically Yelping himself as “that n-​-​-​-​ with the hair / Singin’ bout poppin’ pills, fuckin’ bitches, livin’ life so trill.” This is the kind of elevator-pitch self-presentation that pop demands, but you can kind of see why Tesfaye felt the need to reaffirm his personal brand, since he spends much of the first half of this record singing about “touchin’ on your body” and “makin’ that pussy rain, often” like he’s trying to coax a teary-eyed slow clap from Lucious Lyon.

Even that stuff kind of works, though. Thanks to Trilogy, we all know that the Weeknd is a terrible person whom no one should ever have sex with; what Beauty Behind the Madness presupposes is that maybe he isn’t, a rhetorical strategy that pays off as well for Tesfaye as it has for dudes like the no-less-sleazy Chris Brown (whom you could swap onto a few of these tracks without disturbing the atmosphere unduly). “Acquainted” is a hilariously qualifier-rich ode to an extra-special smashpiece (“To say that we’re in love is dangerous / But girl I’m so glad we’re acquainted”) while “As You Are” finds Tesfaye pledging (over synthesized thwack-and-twinkle backing straight off No Jacket Required) to accept some love interest in spite of her scars. Mute the part where he admits he’ll eventually break her heart and you’ve got the first Weeknd song you could dance to at your wedding.

Which, for a guy who made his name singing songs about mutually semiconsensual sex and doing more to paint Canada as a sleazy hellscape than anyone since David Lynch circa Fire Walk With Me, is a strange but significant breakthrough. Most of that early stuff — minus the weird rap on “House of Balloons/Glass Table Girls,” and “The Morning,” and maybe “The Birds Pt. 1,” where the then-21-year-old Tesfaye moans “Baby, I’ve felt it all” like Scott Walker or some shit — still strikes me as dead-eyed lifestyle music by a misogynist with a full deck of victim cards up his sleeve. For anyone who listened to Tesfaye articulating the fear and self-loathing of the North American last-call predator and heard a generational spokesperson finding himself, I assume Beauty will seem like a line in the sand, or maybe a betrayal; I prefer its honest pandering to whatever Trilogy was trying to slip in my drink.

Its most telling moment is the one-two punch of duets near the end. The Ed Sheeran feature “Dark Times” is hilarious, because never have two guys so obviously been working from wildly divergent definitions of “dark times.” (One guess as to which guy wakes up with another man’s blood on his shirt.) Meanwhile, on “Prisoner,” Tesfaye and Lana Del Rey sing together about being “addicted to a life that’s so empty and so cold,” like Linda Ronstadt and James Ingram singing each other to sleep from adjacent K-holes. Del Rey and Sheeran represent two very different ideas of what a 21st-century pop star should sound like; although Tesfaye’s own notion of his pop self still feels a little cut-and-pasted, he does sing circles around both his duet partners. It’s a start.

Filed Under: Music, The-Weeknd, Beauty Behind the Madness, Trilogy, Drake

'The Right Reasons' Podcast: 'Bachelor in Paradise,' 'Below Deck,' 'Naked and Afraid,' and More