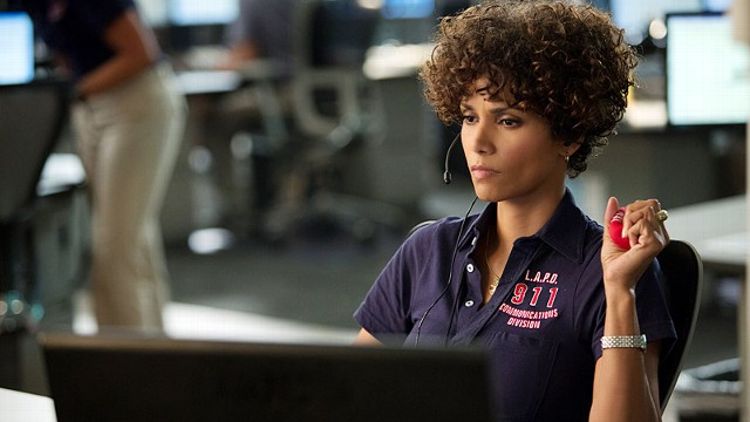 Sometimes all people in an audience want is to be wanted, even when they’re not. They get desperate to stop minding their own business and start minding a movie’s instead. For instance, when a teenage girl’s been snatched from a mall parking lot and thrown into a trunk, then comes this close to being rescued by a stranger, some people in the audience think that girl needs some encouragement. So they yell to her: “Scream, bitch. Scream!” Even after a cut to the inside of the truck reveals that the girl’s abductor is ready to impale her cheek with a screwdriver were she to scream, some people in the audience need her to take that risk anyway.

God willing, every audience for The Call will have that person who thinks he’s just on the phone with a friend or stuck in traffic or totally by himself in the theater. They don’t make enough thrillers like this anymore, ones you can talk to, ones that, uncannily enough, seem to listen. The night I saw the movie, when one character drops a phone about 15 feet into a shaft, someone in the audience said, “Damn, I would have to go down there and get that.” And down into the shaft the character went.

This is a cleverly made, smartly written, totally satisfying armrest-gripper that begins in a Los Angeles 911 call center where a veteran named Jordan Turner makes the rookie mistake of calling back a teenager who thinks her assailant has left the house. The bad guy hears the phone ring, and the teen winds up dead. Because Jordan is played by Halle Berry, the murder makes her do things like fan her teary eyes and doubt her skill. It Haunts Her. Six years later, Jordan’s removed herself from the call center floor and leads training sessions for aspiring operators. But it’s just like the James Brown routine where somebody puts a cape over him because he’s too tired to go on, then he pops, throws off the cape, and keeps performing. That’s Halle Berry in The Call.

During one of Jordan’s training tours, the movie cuts away to two teens walking around a mall. One leaves. The other, Casey (Abigail Breslin), is left to walk to her car alone, where she’s promptly stuffed into the trunk by a lunatic. Luckily, she has her friend’s disposable cell phone and calls 911, where an operator is standing by. Eventually, that operator becomes Jordan, who tries to avoid taking the call the way you avoid having someone pass you the phone when whoever’s on the other end is the last person you’d ever want to talk to.

Jordan’s eyes well right up with post-traumatic stress, but she pulls herself together and gets Casey to stop mewling and whining and shrieking. Kick out the taillights. There’s paint back there with you? Pour it through the hole where the taillight was. At some point early on, while Casey’s freaking out, Jordan learns that they’re both Capricorns. “We’re fighters,” the woman tells the girl. That’s the moment I knew The Call would hit the spot. It’s a line you put on a mental Post-it.

Like 2004’s Cellular, another enjoyable chiller built around crime and mobile technology, The Call is the rare horror film in the last decade or so to forgo metaphysics, the supernatural, and source material that was first a hit in Asia. Lately it’s just a bunch of computer-generated effects crying wolf. Until someone finds a way to make us truly afraid again of ghosts and demonic possessions, we’re fine being scared by stuff that happens on Nancy Grace and Criminal Minds.

The director of The Call is Brad Anderson; Richard D’Ovidio wrote the script. Anderson began in the mid-1990s in independent romances (Next Stop Wonderland, Happy Accidents) and has settled into a balance of chillers (Session 9, The Machinist) and television series. For this movie, he finds a way of turning a fairly conventional abduction thriller into something visually scary. He attaches the digital cameras to reclining medical chairs and doors. He puts them right up close to some of the actors until their faces start to warp. It feels like Danny Boyle’s recent dizzy, overcaffeinated style. This funhouse approach gives earthbound activity a ghostly, webcam gloss that enhances the usual close-quarters intimacy and atmospheric suspense that Anderson’s good at. It also helps that the abductor (Michael Eklund) seems appreciably insane without ever settling for anonymous bogeyman tics. He’s handsome but in a way that makes you nervous about showing up for that second date.

The Call‘s peppered with good side-dish actors — Justina Machado, José Zúñiga, Roma Maffia, and Morris Chestnut, as a cop who’s dating Berry’s character and is the rare man in a movie who knows how to hold the star. But the main attraction is the bond between Berry and Breslin, who seems even mightier with a memorably swollen eye. Berry needs more of these “don’t mess with me” movies. She has nothing to lose anymore. Until she can find a decent comedy or a great movie, we’ll take her in these pretty good ones, as long as she doesn’t turn herself into prey or bait or eye candy.

What we sense from her is strength, and what we like is to see her strong — and with better wigs (the springy geometric number she wears here says, “I get so emotional”). When she repeats the abductor’s tagline back to him, there’s nowhere else for The Call to go, so it rightly sends us home, high. But not before letting us pelt Berry with our two cents. At some point the other night someone yelled “Don’t go in there” as she proceeded to go right on in. If this movie is half the hit it deserves to be, Berry needs to defy the peanut gallery and go in there over and over again. 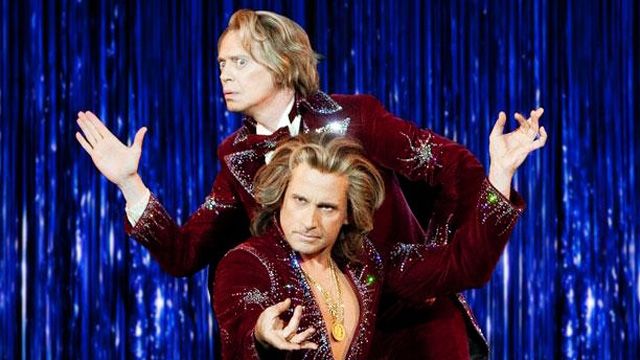 In The Incredible Burt Wonderstone, Steve Carell has big hair and a pale kind of tan. It’s as if someone covered him in Doritos dust and put him in the oven. He plays the Las Vegas magician of the title, a pompous diva whose creaky casino show becomes passé and whose professional partnership with Anton Marvelton (Steve Buscemi) hits the skids. Anton leaves Vegas to bring magic to indigent Cambodians (one girl tries to bite his box of tricks), and the Trumpy owner of the casino, Doug Munny (James Gandolfini), first fires Burt, then considers hiring an “edgy” sadomasochist named Steve Gray (Jim Carrey) whose approach to magic is like a tornado’s approach to real estate. Will Burt get back on top? Will he and Anton have rapprochement? Will Steve die in the middle of one of his stunts?

At some point, Burt falls so far from riches, fame, and sold-out performances that he’s performing at a retirement home and a kid’s garden party and is being coached by his crusty boyhood idol (Alan Arkin). Needless to say, with these two, when it comes to rediscovering the joy of magic, the student becomes the teacher. But the best material in the movie — the moments in which the comedy has teeth and tension — come when it pits Burt’s good, wholesome magic against Steve’s grossness and self-mutilation. At that point, of course, Burt Wonderstone is no longer a satire of magic shows in Vegas. It’s an allegory for comedy in Hollywood. And there’s some wit in having Carrey send up Jackass-style stunts (in one, he holds his urine for 24 straight hours; in another, he drills a hole in his head). But as fun as Carrey is, it’s a joke that feels at least 10 years too late.

The director, Don Scardino, is a veteran of 30 Rock, and he can do a lot with reaction shots and crowd scenes. He orchestrates some funny bits around Carell’s idea of superstar pompousness: to play Burt like he’s Morticia Addams. Fired and broke, he moves himself and the contents of his hotel suite into the tiny apartment of his ex-assistant (Olivia Wilde, whose exasperation makes her seem reassuringly human). She makes him a nice fish dinner, and without finishing the meal, he picks up the plates and puts them outside her front door the way he must have at his hotel.

But John Francis Daley and Jonathan Goldstein have written a script that seems so scared of not being a hit that it forgets to be a movie. These two also wrote Horrible Bosses, which was like a Steve Gray trick stretched to an hour and a half. Burt Wonderstone is desperate to remind you of the importance of humility and friendship and belief. It’s desperate to make you care about characters who don’t deserve it. But since every funny moment here involves cynicism, arrogance, heartlessness, and self-destruction, you never believe the movie when it’s telling you how nice and contrite these characters are. The best gag comes at the very end and involves members of the audience being dragged, unconscious, up aisles and heaved into a pile in a moving van. It’s a very funny sequence that’s also pretty mean: They think the unconscious pile is us.