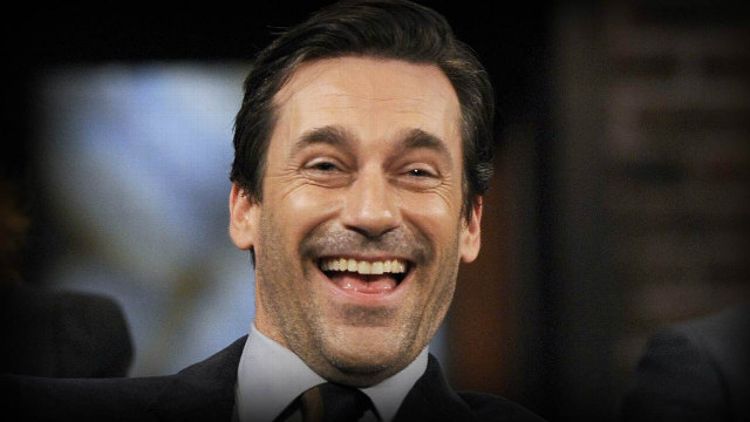 On Richard Linklater’s horizon (now that he’s visited Do You Like Prince Movies? and everything) is a remake of 1964’s The Incredible Mr. Limpet. It’ll star Zach Galifianakis as a marine preservationist turned into a fish, and he might get some super-starry company soon. The list, per The Wrap: Danny McBride, Sarah Silverman, Kevin Hart, Josh Gad, Keegan-Michael Key, Jordan Peele, and Jon Hamm. Hart, Key, and Peele would voice animated sea creatures, like they were born to do.

This is the visual FX reel from Game of Thrones Season 4. SPOILER: They use a lot of visual FX. [via]

Disney’s putting together a live-action Dumbo. Try picturing that for a minute. Now add one of the screenwriters behind the Transformers movies, Ehren Kruger.

One more dispatch from the HUH?? Dept.: Courtney Love will play a preschool teacher on Sons of Anarchy’s final season.

Designer emoji alert: Seinfeld. They did a Junior Mints one.

Is this context-free human wheel between Halle Berry and Jimmy Fallon the weirdest thing that’s ever happened on The Tonight Show?

Episode VII is being (partially?) filmed in IMAX, and it’s not coming to Comic-Con this year.

Insane Clown Posse lost their lawsuit against the FBI, the one that quibbled with the Juggalos being classified as “a loosely organized hybrid gang.”

Sean Hayes is joining The Millers as a Season 2 regular.

It's 'Breaking Bad,' But in Spanish, and in Colombia. And It's Still Perfect.