The Titans to Do Even More Clashing 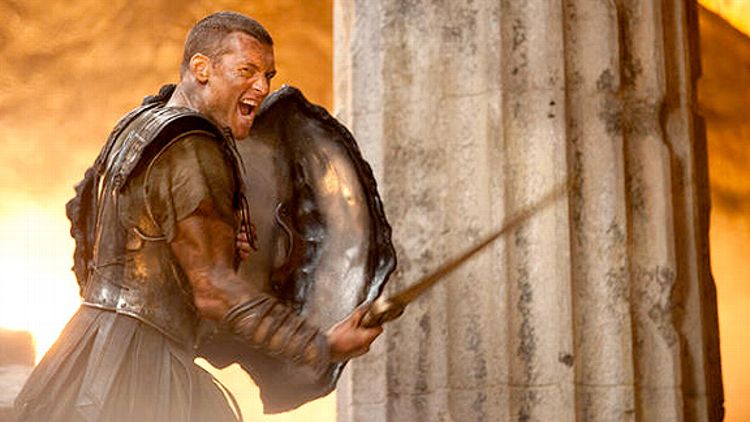 The Clash of the Titans sequel, Wrath of the Titans, opens March of next year, but Warner Bros. is already planning a third installment. Two of Wrath’s co-writers, Dan Mazeau and David Leslie Johnson, have been hired to whip up a treatment that will again focus on Sam Worthington’s Perseus. A name for the movie is far from being confirmed, although producers are rumored to really be leaning toward Kitty Litter Tray of the Titans. Grade: C [HR]

Elizabeth Moss will shoot a BBC Two miniseries, Top of the Lake, during a hiatus from Mad Men. Co-written and directed by Jane Campion, the series will revolve around a detective tracking down the 12-year-old pregnant daughter of a local drug dealer. Is Peggy Olson going to have to shoot someone?! Grade: A- [Deadline]

Jason Statham will star in Hummingbird, the directorial debut of Eastern Promises writer Steven Knight, as a “damaged ex-Special Forces soldier trapped in London’s criminal underworld [who] becomes an avenging angel when he is able to assume another identity.” “Just once,” Jason Statham’s soul cries out, “I’d like to play a guy who isn’t a badass that kills everyone while on the run from something. Perhaps an English professor at a small New England college having a moral crisis, or an aging competitive bicyclist pulling deep for one last victory?” “No,” replies Jason Statham’s accountant. Grade: A [Deadline]

Ryan Seacrest and Reese Witherspoon’s production companies are teaming up to make a romantic comedy. There are no details available other than that it will be written by Grey’s Anatomy‘s Krista Vernoff; also, this is Seacrest’s movie production debut. Oh, hey there, a century plus of proud movie history, from Lumière to Aronofsky — you just got Seacrested. Grade: D [HR]

Quentin Tarantino has cast his pal RZA, who did the score for Kill Bill, in Django Unchained, as a violent slave named Thaddeus working on a Mississippi plantation. Well, this is certainly the most bong bong-iest news we’ve heard all morning. Grade: A [Showblitz]

Once director John Carney will direct Steve Carell in Dogs of Babel, an adaptation of Carolyn Parkhurst’s novel. The book revolves around a linguistics professor who finds his wife dead in the backyard, and then attempts to teach the only witness — his dog — how to talk in order to solve the mystery. By the way, this is like the 10,000th movie Carell is signed up for. The guy who updates his IMDb page must be exhausted. Grade: B [HR]

Michelle Monaghan is in talks for Fast Flash to Bang Time, an indie thriller starring two addled FBI agents searching for a killer and a kidnapped infant in Las Vegas. Monaghan’s character is a sex addict; her male partner, not yet cast, is going to be addicted to crack. There will also be an FBI station commander, and he will be one serious, serious chocaholic. Grade: B- [Showblitz]

Rembert Tries to Explain the '80s: Too Close for Comfort's Very Special Episode