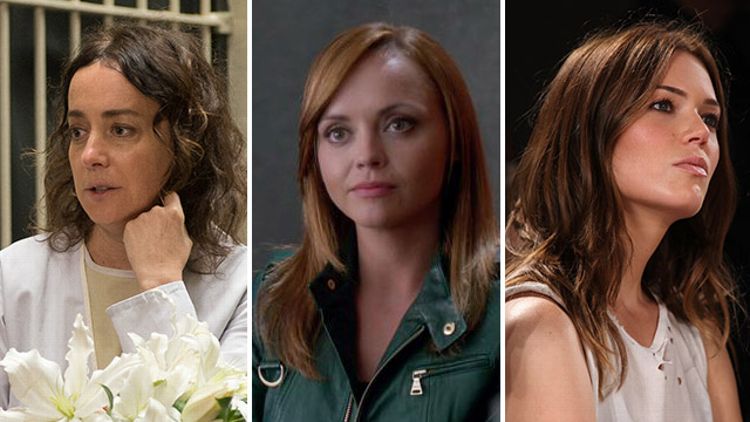 On February 8, Christina Ricci was cast as the lead in NBC’s comedy pilot Girlfriend in a Coma. Based on the Douglas Coupland novel about a thirtysomething who wakes up from an 18-year coma to discover she has a daughter about to graduate from high school — and inevitably doomed to be retitled something generically dim like Wake Up! — the project seemed like a good fit for the wry actress. Ricci had been in search of something to smirk about for years, doubly so since her first foray into TV, 2011’s Pan Am, crashed shortly after takeoff. Girlfriend features a tart script from Nurse Jackie creator Liz Brixius — a childhood friend of network president Bob Greenblatt — and seemed to inch ever closer to pickup on February 15 with the casting of tweenage famebot Miranda Cosgrove as the daughter Ricci’s never met. Then, on Tuesday, Ricci was suddenly out. It was a fatality so swift only Wednesday Addams could appreciate it.

The news was unexpected, but not necessarily a surprise. During pilot season, the only thing more common than splashy announcements about actors joining prospective new series is the thud heard round the trades when they fall back out of them. It’s been especially true this year. With more network pilots in production than ever before — hit-starved NBC has 27 in varying stages of production; the combined budget would be nearly enough to actually mount a Marilyn Monroe musical on Broadway — the frenzy to lock down talent is at an all-time high. Filling the call sheet with big names — or at least leaking them to Deadline.com — can help add buzz to a project when it needs it most. In this ridiculously compressed system, the month of February is when momentum is more valuable than all of the things that will actually matter should the pilot be ordered to series in May, things like chemistry, cohesiveness, and, you know, actually being funny. But March is when reality starts to set in.

The reason? The table read. In industry terms, it’s the first step in the filming process; when the cast gather around a large table, de rigueur bottles of coconut water neatly lined up like bowling pins before them, and read through the script for the first time. Writers tend to be anxious sorts, particularly when it comes to their own work. (Don’t ask me how I know this; I think I overheard a guy in a mirror shouting about it once.) Listening to lines that sang on the page die in the mouths of the actors you’d fought tooth-and-nail to cast can be excruciating. But the nervous nellies with the MacBooks are only the first ring of a particularly intensive brand of Hollywood hell. Circled around the core crew, like a pack of snarling, suited coyotes, are the network executives, primed to pounce or panic, depending on what they hear. It never takes much for these types to meddle, but with millions of dollars on the line, the sets already built, and the pool of available talent dwindling by the hour, major decisions that ordinarily take days are suddenly reduced to minutes.

And so people get fired. It’s not actually called that, of course. Stars and their frazzled reps tend to prefer words like “exited” or “stepped away.” And sometimes the parting really is mutual, or at least what passes for mutual, in the shark tank that is the television industry. When professionally sweet Mandy Moore exited ABC’s sitcom Pulling — shepherded by two of The Office’s best veterans, Lee Eisenberg and Gene Stupnitsky — only to be immediately replaced by the professionally strange Kristen Schaal, it was a clear sign of both producers and agents recognizing a bad fit. (Moore did just fine, sliding immediately into a CBS drama pilot. And Pulling suddenly seems much more promising with three strong comic leads: Schaal, June Diane Raphael, and Jenny Slate.) The truth is, unless someone slips a mickey into the punch bowl at the CAA Christmas party — fun fact: The punch is made with the blood of real kittens! — the true story behind many of these quick shake-ups will never really come out. Was it bad chemistry that caused indie stalwart Jane Adams to flee NBC’s Craig Robinson comedy? Bad luck that Majandra Delfino struck out not once but twice, first with NBC’s aborted The Farm and then again with ABC’s Keep Calm and Karey On? Bad bronzer that saw Tom Berenger replaced in Fox’s Gang Related with Terry O’Quinn? Only the big guy upstairs knows for sure. (I’m typing this from the stairwell underneath Ari Emanuel’s office.)

None of this is ideal: not for the actors, the writers, the networks, or, ultimately, the audience. Making television is always a long, bumpy exercise in doing the absolute best under what tend to be the absolute worst circumstances. But the compressed lunacy of pilot season continues not to do anyone any favors, particularly when it comes to casting. The right mix of talent and spark can turn a bad show into a promising one and elevate the very good into the truly great. Assembling a dream team under this archaic system is like trying to shop for electronics on Black Friday or for WMDs in Hamsterdam. Forget your wish list; you’re considered lucky if you make it out alive. Every producer I’ve ever spoken to bemoans this reality, but they also tell me that nothing will change until everything changes. Until one network blinks, they’re all committed to making the same mistakes together.

I wonder: Will NBC be the first to cry uncle? They’re spending a holy fortune this year in a desperate attempt to buy their way back into the conversation. But if none of their many pilots hits, they’ll be back in the same situation a year from now, throwing bad money after even worse. A few years ago, much-mocked NBC president Jeff Zucker attempted to circumvent the pilot process, and the result was catastrophic. But just because his aggressively wrong-headed style resulted in risible reboots of Knight Rider and American Gladiators doesn’t mean he was wrong about wanting to ditch a broken system. Hemorrhaging viewers and leaking buzz, the networks are desperate to gank the creative freedoms and mature content of cable. But fewer whackings wouldn’t have hurt The Sopranos as much as casting Anthony LaPaglia in place of James Gandolfini would have — and that’s exactly what almost happened when HBO’s iconic series was set up at Fox. Rather, the Big Four would be better served copying another, considerably less bloody advantage held by their non-broadcast competitors: the ability to take the time to get things right the first time.

Q&A: Olympus Has Fallen Director Antoine Fuqua on Blowing Up the White House, Morgan Freeman's Singing Voice, and His Next Project With Denzel Washington