The Sad and Impossible Predicament of the Still-Great Happy Endings 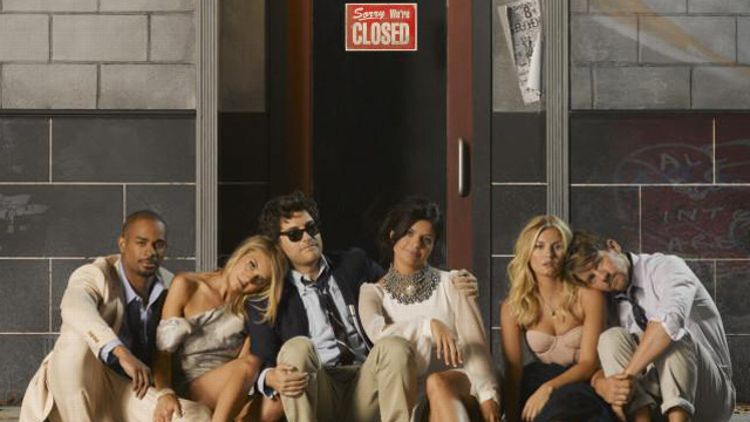 If a comedy falls on a Friday, does it make a sound? That’s the puzzle presented by Happy Endings, television’s most consistently funny sitcom. A few weeks away from wrapping up a terrific third season, the ABC show finds itself banished to Fridays, its final 10 episodes being burned off two at a time. This is only the latest indignity for the series, which debuted in a new Tuesday time slot in late October to great critical fanfare and more-than-acceptable ratings. Since then it’s been yanked around like a ponytail in a Serbian catfight: first adding a second original airing on Sundays at 10 p.m., and then being pulled from the schedule completely for all of February before being condemned to its current nebulous fate. Happy Endings remains as fizzy as ever, but entertainment president Paul Lee seems content to waste it, continuing a sorry network tradition of pouring out perfectly good champagne into a puddle.

That Happy Endings deserves better is almost not worth saying. The show has evolved from a tepid Friends clone into a gloriously cacophonous wonder. The cast has the best chemistry on television — from the feral attraction between hot marrieds Eliza Coupe and Damon Wayans Jr. to the sly pranking of Adam Pally and Elisha Cuthbert — but the longer the show has gone on, that chemistry has turned wonderfully corrosive. The six leads have become less Ross and Rachel — especially now that the show’s inciting incident, the altar abandonment of Zachary Knighton’s Dave by Cuthbert’s deliriously dumb Alex, has been retconned back to contented coupledom — and more Seinfeld: an enthusiastically vicious gang that hangs out together because no one else could possibly tolerate them. As Casey Wilson’s Penny told Dave last Friday with a warm smile: “You’re one of my oldest friends, but if we met now we’d be enemies.”

It’s this admirably relentless, full-contact comedy that sets Happy Endings apart from broadcast’s other outstanding half-hours. (Parks and Recreation mixes sweet with its sour and New Girl of late has gone full rom-com.) And the show’s sinking prospects seem to have only sharpened its talons. The best episodes of the third season — and there have been many great ones — treat jokes like drag racers treat speed limits, the way Gallagher treats melons, the way TV critics treat metaphors. It’s the first contemporary sitcom to truly channel the riotous one-upmanship of the modern writers’ room or the incessant affirmation of an improv troupe. Last week, when Pally’s Max showed up with Dave’s hairstyle, the zingers flew like gay wit at a beauty salon: “You look like Suze Orman if she stopped shaving.” “You look like a keytar player in a Christian rock band.” “You look like an assistant manager of a Jacksonville multiplex.” “You look like a retired Air Force lesbian.” And so on. Happy Endings is a joyful slap-fight; it’s hugging you but it never stops hitting you.

ABC co-owns the series with Sony, so it’s demonstrated a consistent, if halfhearted, interest in keeping it viable. When the show moved to Fridays it arrived with a truly strange commercial asking the audience to do its part to “save” Happy Endings, an act roughly equivalent to a doctor placing his finger on the power button of a patient’s respirator and giving his family a judgmental shrug. The reality is that Happy Endings‘ failure to develop a consistent audience or a consistent time slot says more about the flailing network than anything else. Two of ABC’s most promising comedy pilots, Mixology (from the writers of The Hangover) and Super Fun Night (starring the ascendent Rebel Wilson), seem aimed precisely at the same young, alcopop demographic as Happy Endings. In fact, some combination of three would create a formidable lineup of urban hilarity but (a) the slim likelihood of Happy Endings garnering enough new eyeballs in its current death slot make renewal extremely unlikely, and (b) both ABC and Fox tried to build a Tuesday of urban hilarity last fall and failed miserably. Still, it’s business as usual for the broadcast nets to give up on something that’s working in the hopes of stumbling into something that works better. And business, as they say, is bad.

A few weeks ago a story like this might have been a eulogy, but it seems more and more likely that a cable channel — reportedly USA, although I’ve heard rumors of other suitors — will step in and give Happy Endings a fresh start. The reduced funds of cable (and the not-cheap cast) will most likely mean a slimmer writing staff for a potential Season 4, not the best circumstance for a rare dish that gets better the more cooks there are getting their hands, and their humor, dirty. But as long as showrunners David Caspe and Jonathan Groff are involved along with at least a handful of their other manic pixie dream geniuses, the quality should remain high. (Besides, they’ve made it this far using the same corner of the Paramount lot as a stand-in for the nation’s third-biggest city. When it comes to TV comedy, God isn’t in the details, He’s in the puppet budget.)

But “likely” in Hollywood tends to mean the same as “natural blonde,” so I wouldn’t start saving up for Mandonna reunion tickets just yet. There are two new fantastic episodes on tonight and what I should do is encourage you to watch them and to keep watching every Friday through the end of the month. But the honest truth is this: Even those of us who watch Happy Endings aren’t going to do so on Friday nights, no matter what outfits Eliza Coupe puts on to admonish us. Most of us didn’t watch it on Tuesday nights, either. Or Sundays. And rarely on Wednesdays. We watch when we want to watch and therein lies the passion and the problem. The zeal for Happy Endings is real — and it’s super GIF-y! — but it exists in that persistently unmonetizable netherzone between Buzzfeed and the DVR. It’s a very 2013 sort of issue for a show to have: a die-hard audience that wants nothing more than to tear into its favorite show like Cuthbert’s Alex into a pile of ribs, but can’t be bothered to make it to the table for mealtime.

Q&A: The Place Beyond the Pines Director Derek Cianfrance on Guns, Failure, and Asking Diddy to Remove His Diamond Earrings

Trailers of the Week: Rush, The Hangover Part III, Elysium, and Now You See Me