Q&A: The Place Beyond the Pines Director Derek Cianfrance on Guns, Failure, and Asking Diddy to Remove His Diamond Earrings 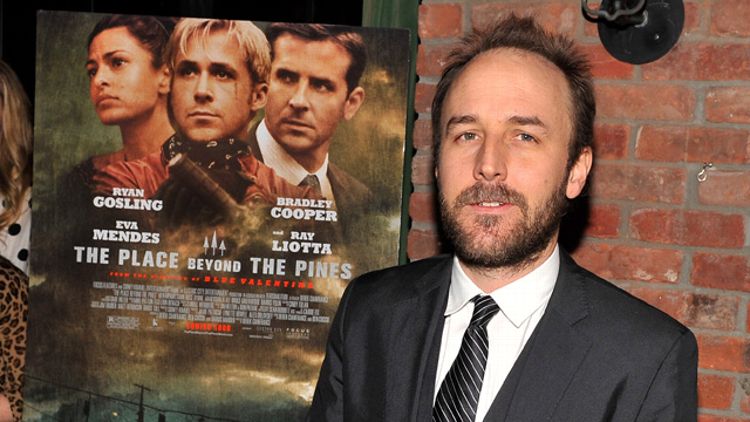 If you’ve already seen The Place Beyond the Pines (it opens wide today, after runs in L.A. and NYC), it’d be quite kind of you not to spill the details. Derek Cianfrance’s follow-up to his 2010 heartbreak epic Blue Valentine is both larger in scope and more deceitful, as it traces a few cracked familial lineages through an unorthodox structure that should leave you shocked inside of an hour. Last week Grantland sat down with Cianfrance at the New York offices of Pines distributor Focus Features. He was wearing the meme-classic Three Wolves Howling T-shirt, and he was very easy to talk to.

So you live in Brooklyn, not L.A.?

Yep, 14 years now. I was in DUMBO, in an illegal loft space, for a long time. It was nice: $1,200 a month, 2,500-square-foot space. And then we had a baby, and it had lead-based paint chipping off the walls, so we decided we’d move. And when we came home after we decided we’d move there was an eviction notice on our door. And the weekend I moved out of DUMBO is the same weekend that the Starbucks came in. So it was the right timing.

Your first movie, Brother Tied, got into Sundance, but never went anywhere after that. How’d you manage to get your confidence back after striking out on your first feature?

Click here for all of our interviews with fascinating people from the worlds of sports and pop culture.
I started writing Blue Valentine at Sundance in 1998, when Brother Tied was screening there. I would go to screenings of Brother Tied and there’d be six people in the audience … I felt like a total failure. And then, you know, something happened. I’m from Denver, Colorado, and that Sunday night, the last day of Sundance, the Denver Broncos won their first Super Bowl. And I was uplifted. That was my team and I had felt like they had gone through some really bad seasons, but now they were the champions. That was my inspiration. So I started writing on that Super Bowl Sunday night.

So Blue Valentine is actually all for John Elway?

Exactly. It’s a love letter to Elway and Terrell Davis and the migraines and Shanahan and all that.

But, yeah, I left Sundance with 12 business cards. I finished Blue Valentine in the spring of 1998, and I printed out 12 copies and put those 12 copies into 12 manila envelopes and I took those 12 business cards and I wrote 12 addresses and I licked 12 stamps and I sent them in the mail. And I expected I would get 12 opportunities. And, then you know, no one got back to me. So I decided, well, maybe it wasn’t good enough. So I went back to work on it. And I kept on getting rejections. There were glimmers of hope here and there. And that went on — for 12 years and 66 drafts I lived that cycle of constant rejection.

I felt cursed for all those years. But now I feel blessed that I had to wait till I was ready to make that film. Failure is always tough, but I feel like that’s the job of an artist. You must risk failure.

Did you accept that mentality at a younger age?

When I was a teenager I just worked. I made like 15 films by the time I went to film school. I never felt the rejection there. I was a little bit ahead of the curve because I had all this experience. I had success in film school. And then I made Brother Tied and it was my first kind of failure. I dropped out of film school at 20 years old to make that movie.

So you started shooting commercials and documentaries to support yourself. At what point did that become beneficial to you creatively?

Immediately. Immediately. I grew up with this nostalgic view of an artist, and I wanted to protect that, and keep myself pure. And after Brother Tied I was eating avocados, I was collecting unemployment, I was living off of change jars. And doing nothing but that. And not getting anywhere. Being an artist with no work. Making nothing. And then I fell in love and had a baby and I was paying for diapers out of change jars.

Did you plan to have a family?

There’s a saying, “With every child comes a loaf of bread.” And that’s what happened with my first son, Walker. To be an artist is an inherently selfish existence and to be a parent is an inherently selfless existence. I had to become a parent and I got out of my own way as an artist. I started doing genital warts commercials and mortgage commercials and documentaries on Vietnam veteran bikers. I started getting the rust off and learning. By the time I got on set to Blue Valentine I had amassed many more hours of practice. I was ready.

You made a documentary on Diddy. Did you learn anything from him specifically?

I went to Diddy’s house and I asked him to take off his sunglasses. I asked him to take off his fur coat. I asked him to take the diamonds out of his ears. He didn’t do that. He wanted to shine a little bit. And I spent from midnight to 6:30 in the morning talking to him. It was an incredibly tense experience. It felt like a bit of an interrogation. It was edging into something private. But he was brave enough to go there with me. I remember my DP, Davi Russo, it was so stressful in that room that he developed a herpes sore on his face. He couldn’t go in the sun for a month after we shot because he had this stress sore on his face. I hate that this is true, but oftentimes, the more uncomfortable it is on set, the better the footage is.

Skipping ahead to Pines: You have two cowriters, Ben Coccio and Darius Marder. What was that process like?

In 2007 my wife was pregnant with my second son and I was thinking about legacy: this fire I had felt my whole life, knowing that my father had that fire, and my grandfather did, too. And I didn’t want this baby to come into the world and have that fire. So I came up with this idea of the passing of the torch from generation to generation, and this triptych movie. And so I tried to find someone to write it with me.

I tried to write alone one time. I tried to write this movie called The Man With the Purple Eyes. I got 10 pages in and I just kept rewriting the 10 pages. It was insanity. I realized that this is what insanity means. I need people.

I hired Ben to start writing it. He spent two years writing 10 or so drafts of Pines, while I was making Blue Valentine. Once I was done with Blue Valentine Ben and I spent about a year doing like nine drafts together and got it as far as we could take it. My friend Darius has kids who go to the same school that my kids do. We go get coffee after we drop the kids off and we talk about movies. And our conversations about Pines turned from an hour in a coffee shop to all day. So Darius and I, we wrote the last dozen or so drafts. And then on set, I ask my actors to really bring so much to it. They’re not credited as such, but the actors write a lot of what you see.

I know it was Ryan Gosling’s idea for the face tattoo, because we just ranked all of his onscreen affectations. The accent won.

Oh, the accent? Well, the accent — it’s kind of how he talks. Me and him, I think we watched too many Scorsese movies as kids. We thought that that would be the cool way to talk.

Dane DeHaan and Emory Cohen, who take over the last third of the movie, are incredible. How’d you cast them?

I looked through like 500 kids, and I finally found Dane to play Jason. And then I did these chemistry reads. I had 12 actors and every hour a new actor would come in, to do the locker-room scene with Dane [DeHaan]. Emory [Cohen] came in, he was like the eighth kid of the day. Sat next to Dane. And there was an immediate tension between them. Like two alpha wolves, young wolves, sniffing each other out. I needed an icebreaker, so I said, “Hey, who’s your favorite actor?” And Emory said, “No question, Marlon Brando.” And Dane said, “Really? I always liked James Dean.” And they proceeded to argue for 15 minutes. I thought, This is perfect.

Was there any joy in taking Ryan Gosling, this heartthrob, and just crushing him off a second-floor window?

[Winces.] Oh, no. That was really hard to do. When we came to that scene, none of us wanted to do it. We loved that guy. I love Luke Glanton and I love Ryan Gosling. I don’t want anything bad to happen to him. But he makes these choices — this character, the adrenaline of his life takes him down this path. He collides into it.

I hate violence. I hate guns in movies. This is a cop-and-robber movie, though, and the cops have guns. But I think the proliferation of guns in movies is so cowardly. You can’t solve the problem so you just give the characters guns and 10,000 bullets fly over your heads and there’s no consequences to any of those bullets. There’s only three shot in this film but they all have real impact.

Near the end of the movie, Dane DeHaan’s character gets a gun, and the rest of the time you’re waiting for the grisly outcome. But it doesn’t happen.

I was thinking a lot about what is this film ultimately about. What’s Jason gonna do with the gun? Is it gonna be a story of vengeance? That would be very satisfying. But I don’t feel that in my heart. I have kids and my kids have to watch my movies someday. I don’t want to put that in the world. Is he gonna kill himself? Is it gonna be hopelessness? I don’t feel hopeless. I don’t wanna put that out in the world. To me it’s about forgiveness. I think about America: the legacy of this country being built on brutality and violence and ruthlessness. And now we live domesticated lives, but I don’t think that stuff ever goes away. The chickens come home to roost. But the only way to deal with it is to forgive. That’s what I would like to put out in the world.

Filed Under: Movies, Ryan Gosling, The Place Beyond The Pines, Grantland Q&A

Songs of the Week: The National Battle Middle-Aged "Demons," the Return of Paramore, and a Bonus Coachella Playlist

The Sad and Impossible Predicament of the Still-Great Happy Endings