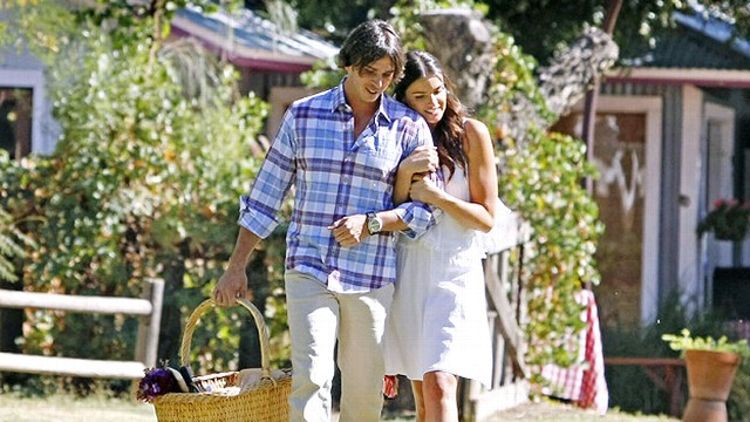 I don’t want to brag, but early interest in my still-theoretical, but soon-to-be-all-too-real consulting firm for aspiring Bachelor contestants has been so positive that I’ve already reserved the West Hall at the Los Angeles Conference Center (yeah, you read that correctly — the baller hall — we’re not playing around) for a very special informational seminar about our invaluable Bachelorette-coaching services. I’ll say no more for now, except that we’ll be offering a TOTALLY FREE “personal branding” workshop in which we’ll teach crucial skills like:

It’s all happening — get onboard now, or watch in mascara-decimating horror as your potential future husband hands a rose to XeniFer, the “floral consultant” from Terre Haute, while you continue living a life of shrieking desperation undocumented by a small team of SteadiCam operators. It’s your very, very lonely funeral, ma’am.

As one final enticement, this week we’ll analyze the results of the season’s most anticipated episode, “The Fantasy Suite Dates,” and try to learn crucial lessons for maximizing your chances of standing on a mountaintop with the six-month love of your life, who’ll tenderly, but futilely, try to brush away the hair being blown into your face by the helicopter arriving with a special delivery from Zales. Pay attention: This is your future we’re talking about.

1. ALWAYS, ALWAYS accept the invitation to the Fantasy Suite

This is so glaringly obvious we’re loath to even articulate it, but better safe than sorry. You WILL be accepting the invitation to spend a magical night in a $7,000-per-night luxury suite, which, despite its breathtaking view of the Matterhorn/Paris/Santa Barbara, often contains nothing but 500 candles, a large bed, and a hot tub. The combination of locational extravagance and decorative minimalism is meant to fill you with awe just long enough for your Bachelor — who’s sneaking up behind you with a flute of champagne and a basket of strawberries — to fill you with himself. I can’t remember if anyone’s refused a fantasy suite invitation; if that’s ever occurred, I’m sure the misguided lady was immediately escorted to the Get the Fuck Out of My Sight Suite.

2. In the unlikely event the purpose of the Fantasy Suite Date is unclear, recognize the euphemisms for “I am inviting you to an evening of having sex with me.”

And so on. This is a partial list. Be prepared.

3. Act like a romantic picnic is the most thoughtful, creative date idea you’ve ever heard.

The show’s budget has already been blown on the Fantasy Suites and the trip to Switzerland. Be cool about having to sit through yet another blanket-side meal on a stunning vista. You’ll be in the Suite soon enough.

4. Think of the grave physical danger in which you’ll soon be placed (helicopters skimming the tops of glaciers, sliding 300 feet down a wire, eating unpasteurized cheese out of a wicker basket) as “foreplay.”

You’ll need those endorphins flowing in the Fantasy Suite.

5. Once you’ve arrived at the Fantasy Suite, identify the nearest large-volume heated-water receptacle and head straight for it.

This Jacuzzi spa/Dutch oven/giant barrel balanced over a pile of firewood is where you’ll first be having sex. (If you find this confusing, use this simple mnemonic: “Sex in the water first, in the bed later.” Easy!) Make sure you don’t spend too much time lingering by the 180-degree-view, floor-to-ceiling windows to admire the view; the scenery’s just as good from the hot tub, while you are copulating.

6. When the cameras start to pull out, put out.

If it seems like we’re recommending this (inter)course of action every week, it’s because we are. “Putting out” is the most fundamentally effective strategy available. If you’ve already been putting out, say, in the pounding surf of Puerto Rico, put out harder and better. If you’ve miraculously made it this far without putting out, it’s time to put out. It’s the Fantasy Suite. Does your Fantasy involve a lifetime of not putting out? (If so, allow us to escort you to a more appropriate show on TLC.) Of course it doesn’t. So test out your physical compatibility; in the process of sexual reconnaissance, you just might learn something about what any manipulative models have already been offering to your floppy-haired Bachelor, thereby giving yourself a competitive advantage.

7. If your Bachelor wants to have a Serious Talk about some Troubling Issues He’s Been Worried About, seize control of the conversation immediately.

Things must have gotten pretty out of hand for him to delay the opening ceremony of the Fantasy Suite Sexual Games (mascot: an anthropomorphized Trojan Twister named “Rosey”), so it’s time to outflank him. Bring up and confess to the issues yourself in order to appear proactive. Apologize, cry, fabricate revelations about the possible causes of your negative behavior, like “trust issues.” Weep during the confessional shoots — producers will undoubtedly mention how sincere you seem to your Bachelor. Say you know you’ve been a horrible person, but you’ll do better from now on. He will eat this up, because he is simple, wine-making folk, and you’re a model. He’s always wanted to have sex with a model in a hot tub in the Fantasy Suite; he’s not going to let some catty gossip throw him off course.

8. If you’ve been eliminated, take this last opportunity to sabotage the competition.

Your heart’s been shattered. You may never love again. (Unless you’re selected as the next Bachelorette.) It’s time to make those responsible (read: strategically gifted models) pay for your one-way ticket back to Miseryville. So why not hop on a plane to Switzerland in a last-ditch effort to prevent your most bitter rival from greedily collecting that Final Rose? Or, as you’re spending those awkward, last, tear-drenched moments before boarding the Limo of Oblivion, tell him you’re concerned only for his happiness, which will be a long-term impossibility if he picks the model who’s said “there are other fish in the sea” if things don’t work out with this Bachelor. Do whatever it takes to prevent him from making the biggest mistake of the next four to six months of his life. You love him, and while your putting-out experience in the Fantasy Suite didn’t go quite as planned (did you not head straight for the hot tub?), at least one of you can be happy. Not you, the other one. The one who handed a rose to your blood enemy anyway, because he’s always wanted to have sex with a model in a politically neutral country. You did what you could.

Jaleel 'Steve Urkel' White Is Doing Dancing With the Stars? Everyone Else, Give Up