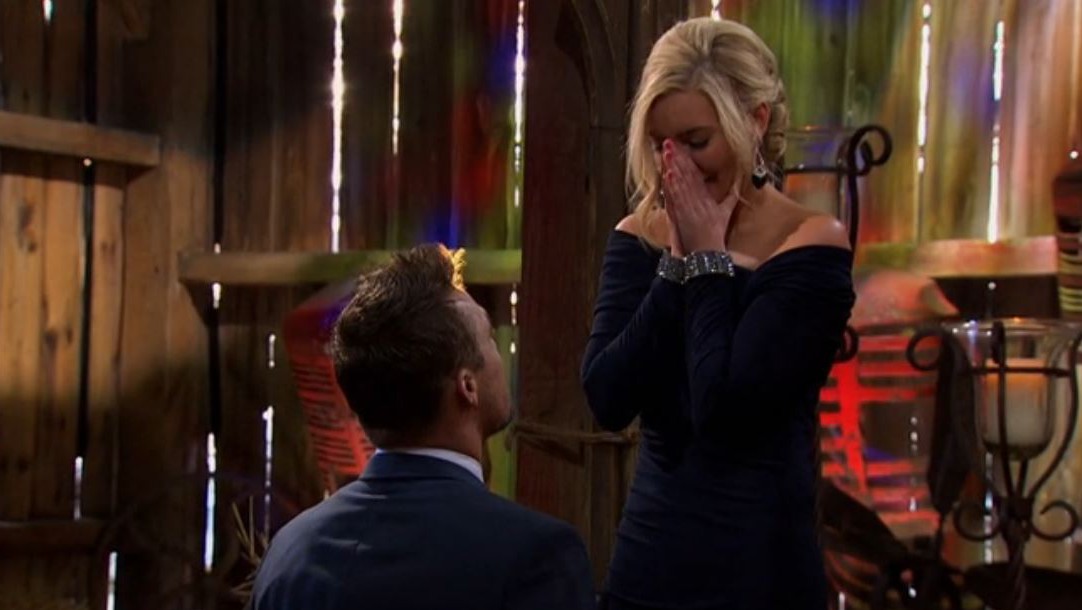 So. Here you are. The Final Rose. This, of course, is what it is all about. You and one other sister-survivor, the vanquishers of 28 other inferior contestants, pitted against each other for the chance to achieve some measure of ForeverLove, however fleeting, with the Bachelor of your rapidly diminishing dreams. Does that sound pessimistic? It shouldn’t. Dreams should be realistic, achievable, manageable. The winning competitor scales them down as the process drags on, week after week, defeated waitress/actress after dismissed naked person/actress, until there is room inside those cozier, more attainable dreams only for her and the man she hopes will consider her for the kind of trial engagement that will allow a potentially happy couple to evaluate their chances for longer-term, post-show compatibility. Those are the kinds of dreams you can handle. Those are the kinds of dreams we have been teaching you to embrace, lesson after precious lesson. You’re welcome. You didn’t have to thank us right there, but we appreciate the gesture nonetheless.

But now we have reached the end of our beautiful journey, turned to the last page of the storybook. Will it be you on that last page, cavorting among an elated throng of talking barnyard animals as your Prince Farming smiles nearby, enjoying the ease with which you have assimilated into his enchanted kingdom? Or will it be your sworn enemy — nothing personal, girl, but you’re not there to make fairy-tale friends — chatting up Mr. Phineas Squiggletail, Esq., his favorite talking pig? As always, it depends: on who wants it more, who is willing to do whatever it takes, who has been picking up the precious knowledge we’ve been dropping and placing it in her rose-collecting satchel for safekeeping.

We’ve come this far together. It’s time to finish the job. When we finally get into that barn, we’re not leaving without a victory.

Face the tribunal of sisters.

Should you find yourself back in his hometown, one last step away from biting down on the stem of that Final Rose just to know it’s yours and it’s real, it will be time to face the family. They want nothing but the best for their little Bachelor, which in this case involves gritting their teeth through a home invasion by a production crew as they hope against hope he chooses the option that will do the least long-term damage to everyone’s lives when a relationship forged in absurd circumstances inevitably blows up in his handsome, corn-fed face. They’re not there to rubber-stamp you. They’re there to cut you open and have a look at what’s inside.

Before you can advance to the parent level, you will first need to face the tribunal of sisters. They — even more than his doting, loving mother — are his models for womanhood. They have husbands and towheaded rug rats and successful-enough marriages they didn’t find on prime-time television. Have a good look at them: They are your future. Answer their questions carefully. No, if someone put a map in front of you and told you to choose your dream town, you probably wouldn’t have picked this place, where a big day downtown involves checking out the hottest new set of Iowan Heroes commemorative stamps — better cop that Ann Landers or you’ll wind up with the Herbert Hoover again! — at the post office, but now that you’re here, you totally get its charms. Yes, you’re in love with him, and you want nothing more than to fill his empty house with the squeals of tiny future combine drivers. And that love of yours is the most important thing now, not the promising career you’re abandoning in the big city, you can help folks make babies anywhere, tell them to give you a turkey baster and a sterilized Tupperware set and get out of your way. This Bachelor, this family, this place are everything you’ve ever wanted. They need to feel the vibrations of your desperate desire to be a part of their lives to truly believe it all.

And so this is no time for uncertainty. This is no time for, “I feel myself falling in love with him eventually,” or, “One day, if we figure out we’re definitely in this for the long haul, I might move here.” If you can’t even bring yourself to offer the tribunal the answers they need to hear, you’re not ready. The sisters will make their choice, and it will be the one who broke down sobbing when they showed her their favorite needlepoint work, crying, “I’ve always wanted to while away my endless, shapeless afternoons stitching my feelings into a throw pillow!” not the one who shrugged, “‘Home sweet home,’ you come up with that yourself?”

Pick up on his mother’s clues. 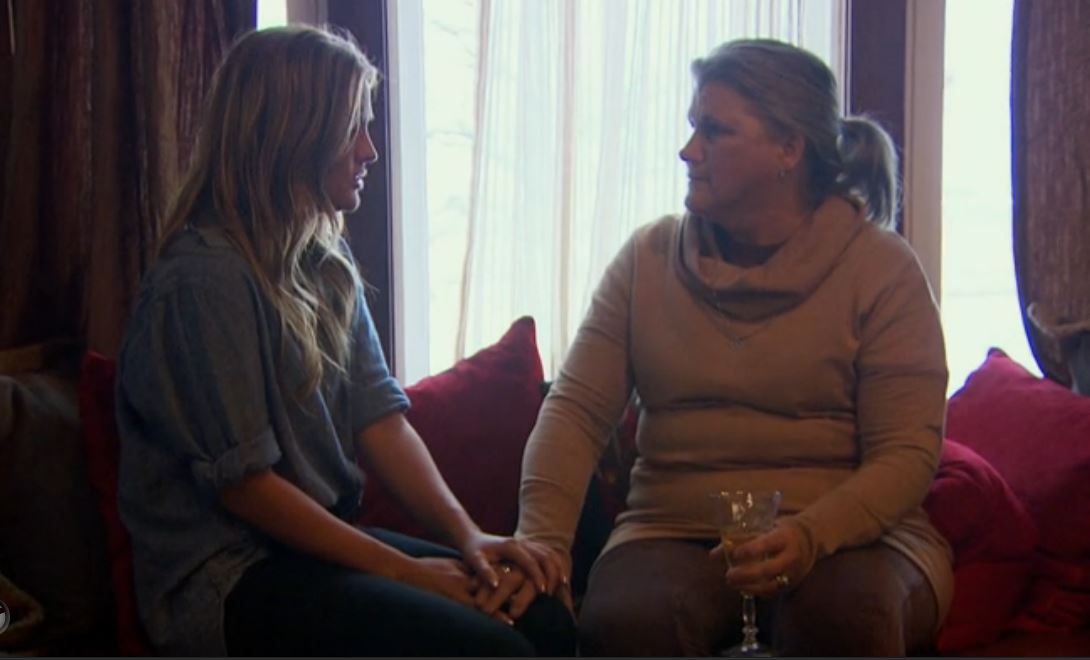 Throw mom a bone, will you? Even if you suspect she favors your more outgoing competitor, with her steamrolling certainty about every single aspect of the life she hopes to build alongside her new family, your Bachelor’s mother may still try to help you stay in the game. Meet her halfway. When you tell her about how miserable you become at the thought you might never see her son again if things don’t go your way, or that you’re more concerned about protecting his feelings than your own, and she asks “KNOW WHAT THAT MEANS?” have an answer ready for her: “Oh my god, you’re right. That is love. I’m just a simple virgin, with no experience in ways of the heart. Thank you for this precious insight into these unfamiliar emotions. I also love farms in the middle of nowhere, I can see that now.” Might that sound disingenuous? Only if you don’t sell it. And you’d better sell it before the sisters huddle with Mom and tell them all about how you so utterly failed the needlepoint-appreciation test. Your only objective is to win, not to be honest about your inability to be bullied into saying things you don’t actually believe.

The final date is your last chance to pull this thing out. 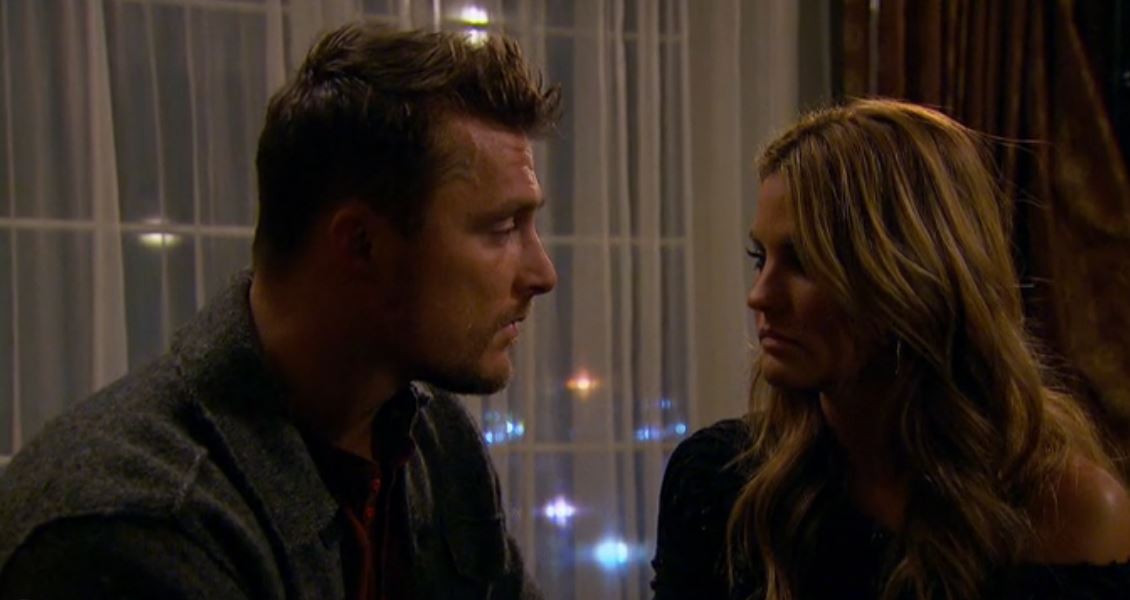 After you’ve emerged from the family gantlet, brutalized either by the excessive hugs or crushing indifference of your prospective in-laws, there will be one last chance to plead your case before your Bachelor makes his ultimate decision. He will have questions for you. Many questions. About your feelings, about your five-year plan, about your willingness to subordinate your desires to his. That last part is only fair: This is his show, and he holds sole power over your future until the moment that Final Rose is handed out. Legally. Check your contract. No one ever checks the contract. There’s also some stuff in the fine print about the rights to your eternal soul reverting to Chris Harrison, but that’s a conversation the two of you will have down in the runner-up dungeon, right before the shackle fitting. He’s surprisingly gentle with the shackles.

Anyway, this is it: Go big or go home in roseless disgrace. It’s not the time for ambivalence, for hemming or hawing, for “eventuallys” and “down the roads” and “falling in love” rather than “being in love.” It’s time for unambiguous expressions of devotion. Haven’t we covered this? Say the words. Just say them. Why won’t you say them? Don’t you want to win? We’re starting to question your desire. Sometimes it’s like you don’t even want to see what it looks like when a man gets down on one knee, in front of millions of gape-mouthed witnesses invested more in this one moment than in anything in their own tiny, untelevised lives, and asks you if you will consent to being his temporary soul mate. It’s so easy to say the three little words. So much easier, and so less messy, than the complicated truth. Complicated doesn’t play on TV! Say the words now, on this final date, behind the closed doors of this post-fantasy suite, and give yourself a fighting chance. Write the words out on an index card if it helps. Spell them out with the citrus from the complimentary fruit basket. We’re getting a little tired of shouting them at the screen by now, quite frankly. It’s clear you can’t hear all of America, united in full-voiced frustration, urging you to not throw away whatever’s left of your chances to win. No one cares if you actually mean what you say. No one wants a Final Rose rout.

Don’t you know what they did to Juan Pablo when he wouldn’t say the words? They killed him, that’s what they did. Cut off his head, mounted it on a giant rose-stem pike outside Bachelor Mansion, and let it stand as a warning to the stubborn about what happens when you don’t play the game all the way to the end. Did you not see that when you got out of the limo that first night? It’s to the left of the fountain, just off-camera. Follow the sound of the flies. You usually can’t miss it.

Enter the barn of destiny. 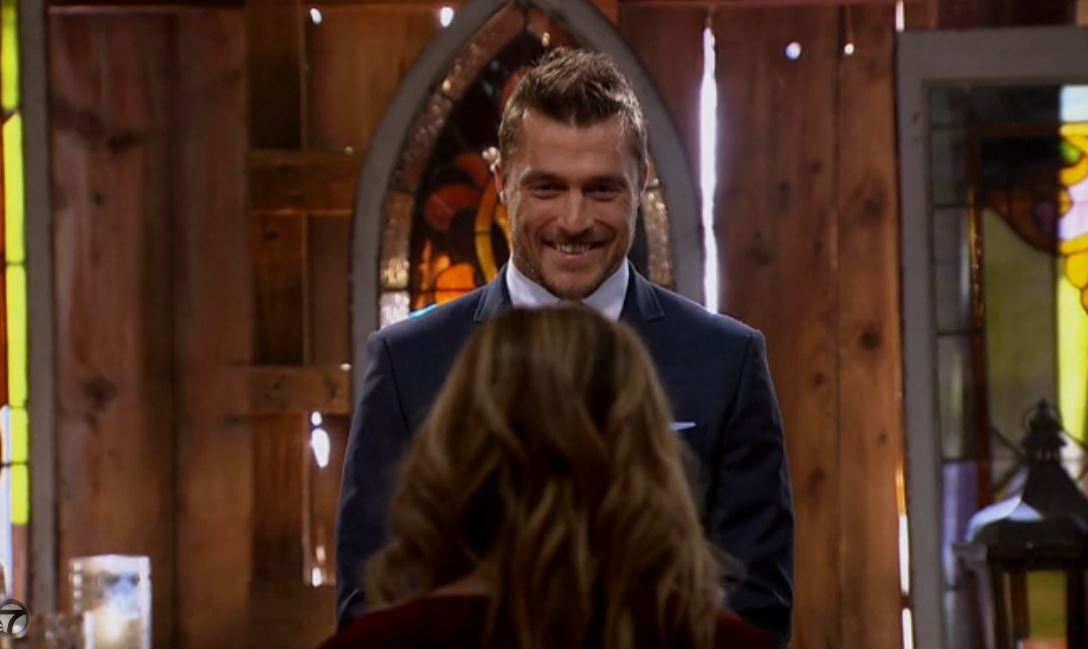 Even if the conclusion seems a foregone one because of your maddening refusal to compromise your integrity by fully participating in the emotional Kabuki theater demanded of you, you still need to show up for that ultimate reckoning. Your Bachelor is getting his storybook ending one way or another. Will he choose the princess who can’t stop talking about how excited she is to spend the rest of her days up in her silo chamber, watching over the magical corn kingdom she’s gleefully helped populate with adorable royal farmhands?

Or will he opt for the thrill of the potentially fruitless chase, pursuing an elusive love at tractor speed, knowing he might never catch her?

Still, you must enter the barn of destiny, with its inscrutable stained-glass windows leaning up against its splintered walls, its many rural-chic chandeliers, its perfectly art-directed collection of rusting mechanical shit and dusty jugs in wicker baskets and flickering candles that could burn the whole thing down.

The barn where he raised his first pig, taught it its first words, helped it fill out its law school applications.

The barn where he’s choosing his first maybe-wife.

The barn where he’s sending his favorite virgin home.

The barn where his fairy tale begins.

And yours ends, because you wouldn’t say the words he needed to hear.

Maybe next year they move the Juan Pablo head to the other side of the fountain.

It’s so crazy you didn’t see it. It’s right there, underneath all the flies.