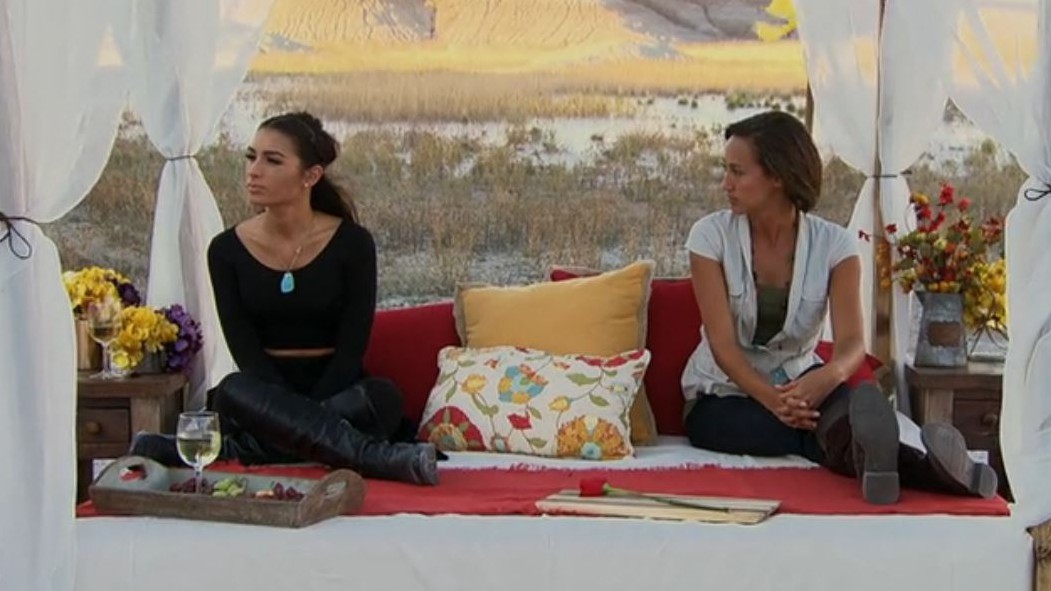 The Bachelor in midseason is chaos. Rose ceremonies are happening at the beginning of episodes. Contestants are collapsing into quivering, hyperventilating heaps. Chris Harrison, our Dark Minister of Ceremonies, our bat-winged Virgil escorting us through the perilous dating-competition underworld, has hardly been seen for what feels like months. There are entire country music concerts being inserted into the middle of your journey. What is happening? What is this world? And, most importantly, who will help you, the bewildered makeup technician with a secret or the baby-voiced fertility nurse or the insecurity-hobbled cruise-ship singer — these occupation-trait pairings selected at random, any resemblance to recognizable entities is coincidental — navigate the uncertain terrain that seems to shift beneath your feet with each new step on the path to ForeverLove?

We will. We are here for you. We want nothing but for you to achieve the kind of temporary bliss that accompanies that final rose. Week 6 is a terrifying place. Come here. You need a hug. And while we’re enveloping you in the reassuring embrace of our incredible expertise, let us whisper some knowledge in your ear. You’ll feel better. The intensity of your breathing will return to normal levels. You’ll realize there is nothing to fear but the icy-fingered specter of loneliness that awaits you back at home should you return a failure. Maybe that’s not helping. Maybe it is. Whatever. Let’s go learn.

You’ve already deployed a panic attack of questionable veracity to maximum strategic gain. Congratulations! You may have felt somewhat spiritually compromised, sprawled out on the floor like that, surrounded by semiconcerned crew people and emergency medical technicians, as you tried to make your anguished breaths seem plausible enough to force your Bachelor — and his drama-thirsty producers — into reconsidering your elimination because jamming a stretcher into the back of the dreaded Limousine of Despair might seem callous. But once the paramedics remove the oxygen mask and release you back into the general population of the mansion, where you will be greeted by competitors who grudgingly admire your resourcefulness but still wish to cut out your heart with the shards of a broken wine glass, it’s truly go time. Now is not the time to ease up on the gas pedal of opportunity; it’s time to stiletto it down through the floor.

And so when you return, show no signs of vulnerability. Laugh off the entire thing. Oh, that little panic attack? Yeah, that was intense! That’s never happened to you before! Isn’t it so weird that the invisible forces of anxiety would grab hold of both lungs and attempt to squeeze the life out of you mere moments before your Bachelor was going to send you home, possibly because you seemed a little too chipper in the orchestrated retelling of the ostensibly emotionally crippling tragedy that has delivered you to his rented doorstep? Were those brownies from earlier store-bought? Why are you talking about brownies right now? This whole thing is so crazy you don’t know what you’re saying anymore, is it time to get your rose yet? Let your calculated blitheness about sucking on an oxygen tank mere moments ago erase the last lingering doubt that what happened to you was a spontaneous physical event. They’ll know you’ve executed your plan to perfection.

This will not go well. But you’re prepared. You know to:

2. Stay strong when the forces of evil assemble against you.

A great philosopher once said, “They hate us ’cause they ain’t us.” Indeed, they despise you because they are not you. Your story is tragic and special and beautiful, and you grow stronger in its constant, off-putting, and bizarrely upbeat retelling, as if you are reading it from the pages of the world’s most disturbing children’s book, Widow Mommy Didn’t Come Here to Make Friends. That story has brought you close enough to victory that you can almost taste the freshly harvested corn cob your Prince Farming will hand to you along with your Neil Lane MaybeDiamond™, because he also has a charmingly rustic but resolutely blue-collar personal brand worth reinforcing whenever possible.

The other women will respond with hostility. They will say things like “bitches be crazy.” That you are “conniving.” That you are attempting to “level up” on your tragedy, as if they themselves were not attempting to do the same thing with their virginity status or secret naked-person vibes or Hollywood-honed physical beauty. They may even threaten to “punch you in the teeth-holder.” Gird yourself for these predictable and ineffectual attacks. They will slide right off you like the waves of paralyzing grief you’ve learned to so expertly repress through the repetition of your story. You are blessed with eloquence and you’re articulate and you can use all of the great words available to you for communication purposes. You will not let emotions get the best of you or lose sight of your ultimate dream. You are in it to win it. You are a killer robot ready to reboot your temporarily malfunctioning heart-module as you relentlessly pursue the annihilation of everyone who might prevent you from completing your mission. 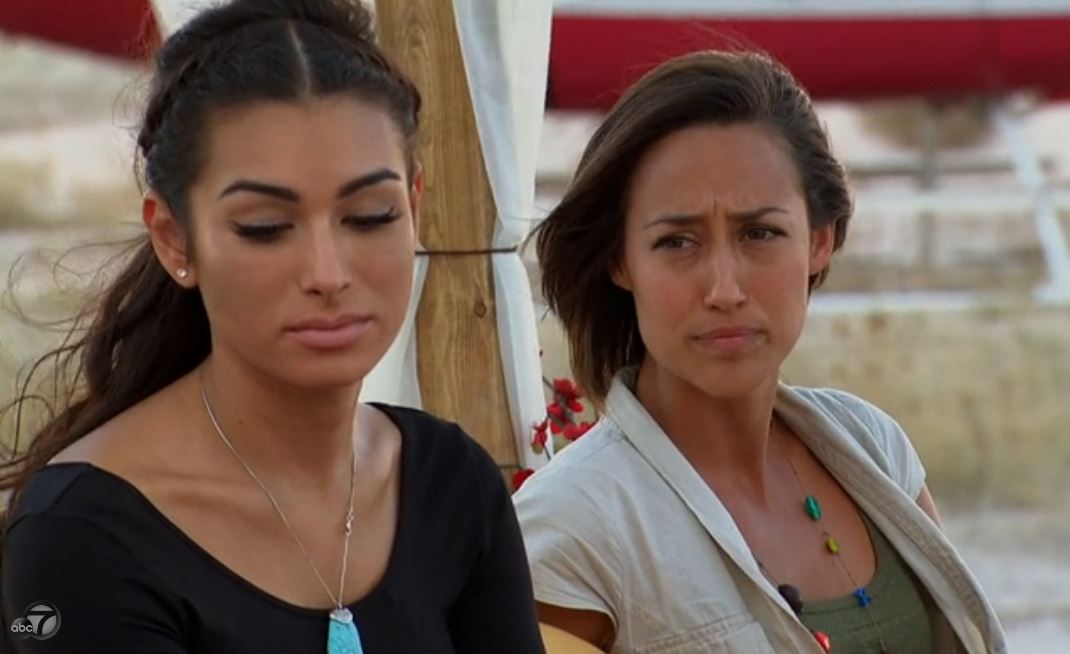 Two women enter. One woman leaves. It is the Thunderdome of Bachelor dates.1

But sometimes that lethal battleground is not a dome. It’s an exquisitely outfitted four-poster bed dropped into the middle of the South Dakota Badlands, a long and tense helicopter flight away from polite civilization, where the only witnesses to your no-holds-barred combat are the granite-entombed spirits of our greatest presidents staring down at you from their mountaintop VIP box.2

It is virgin vs. widow. It is master’s degree vs. master’s degree from a less prestigious institution, does she think she’s better than you because of all her big words, give you a friggin’ break, you could talk fancy if you felt like it, you’re not from Pleasantville, you’re from 2014. It is life vs. death.

Unless, in your shared unhinged desire to utterly crush the enemy, you both destroy each other. Your desperation to rat out your opponent as the “trouble girl” in the house blows up in your face. Your defensive explanation about how everyone’s competing and increasingly intense feelings for your Bachelor have curdled into victimizing “girl talk” raises further red flags about your ability to “fit in” in “social situations.”3 Sometimes pistols at 10 paces simultaneously backfire and kill both duelers.

Sometimes your story still ends in tragedy no matter how you try to rewrite it.

Hey, not everything has to be so heavy all the time! All this life-and-death stuff, man, it can just make this whole thing a slow tractor ride down to Bummer Creek, where the keg’s always kicked and the fish are never biting. Finding true-ish love shouldn’t be all Thunderdomes and black widows sucking the blood out of high-maintenance virgins and self-abusing presidential ghosts.

It should be as fun as a little ditty about riding your beloved farm boy like a horse. Sexually. It’s a sex ditty. He’s the sex-horse in this scenario.

See? No one gets hurt this way.

Then everyone gets hurt, all over again.

Save yourself, win a farm boy.